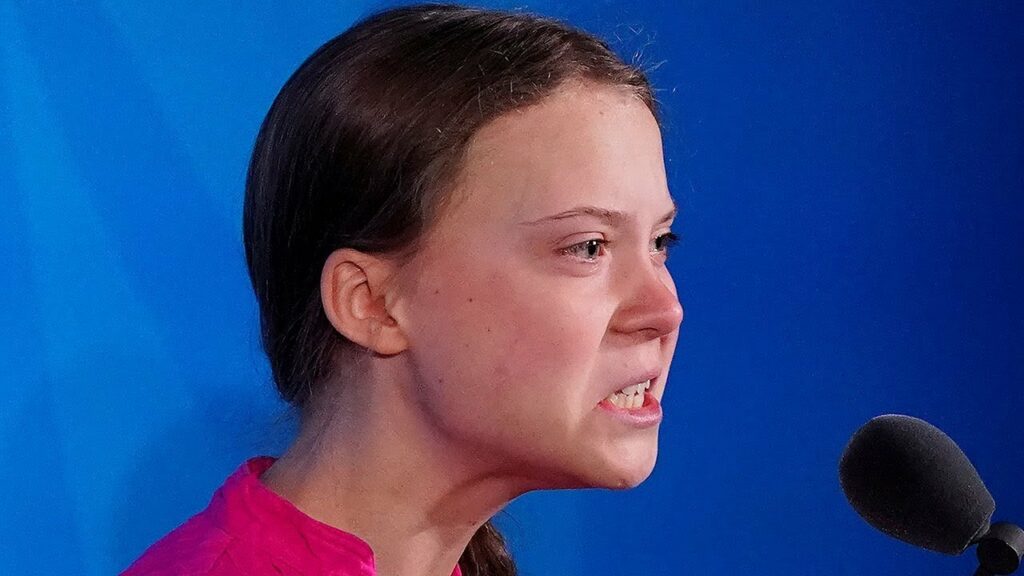 A report published today suggests that as many as 1 in 6 adults in the UK do not believe that humans are causing climate change. Kings College London conducted research into why some people don’t trust expertise.

According to The BBC:

Professor Bobby Duffy, director of the Policy Institute at King’s, called the finding “a real concern as it may affect support for action.”

The United Nations’ Intergovernmental Panel on Climate Change (IPCC) said last year: “It is unequivocal that human influence has warmed the atmosphere, ocean and land.”

The study also says the UK public underestimates how much scientists agree on the link between human activity and climate change.

However, the majority of people in the UK (72%) do accept humans’ role in climate change, with a quarter of the UK public claiming it is already harming them personally.

The number of people in the UK who believe climate change is not mainly caused by humans (17%) was similar to Germany (18%) and Poland (16%) but much lower than Norway, where nearly a quarter of adults surveyed held that opinion.

It is not unequivocal that human influence has warmed the atmosphere, the sea and the land. It’s junk science. None of the IPPC climate change models mentions the sun. Read that last sentence again. Amazing, isn’t it?

According to the “experts” the sun has no influence on Earth’s climate. Also, none of the models attempt to answer the most important question. If Co2 only makes up 0.04% of our atmosphere, what is the human contribution to that?

Don’t hold your breath waiting for a UK journalist to ask that question. That’s a career ender.

Climate change is the greatest and most dangerous hoax ever perpetrated against the people of the world.

Richie Allen is the host of The Richie Allen Radio show, Europe's most listened to independent radio show and is a passionate supporter of free speech. He lives in Salford with the future Mrs Allen and their two dogs.
All Posts
5 4 votes
Article Rating
Login
Please login to comment
27 Comments
Inline Feedbacks
View all comments

Greta is living large now. She was just at your Glastonfarten thing. Saw they left an environmental mess. IS young Greta going to clean that shit up?

Because they are fcking lemmings

Ha, ha, I think you are being unkind to Lemmings, Disney created that story of Lemmings jumping to their death, Just like the BBC did with Walruses jumping off cliffs. Disney did it with camera tricks and the BBC didn’t show the hungry Polar Bears approaching the Walruses off camera. Because they are all fecking Gullibilly’s, the salary is mightier than the truth.

‘According to the “experts” the sun has no influence on Earth’s climate.’
A position that is also held by advocates of Flat Earth theory, coincidentally.

‘…Co2 only makes up 0.04%…’
And what produces that tiny percentage?
Every animal and plant, on land and in water, that decomposes. Every animal that breathes and farts. Every steaming hot pool. Every restless volcano and volcanic vent. Every natural, wild fire. Every piece of ice that melts.
In essence, the entire natural world around us, that is far bigger and more powerful than us.

All that energy. All that power. All those forces at play, producing a measly 0.04% carbon dioxide.
To believe that we are making much significant difference to that – or that we have much control over that – is, in my opinion, both a case of collective narcissism and a case of rebranded superstition. After all, how is there any practical difference between presenting prayers, offerings, and sacrifices to various deities of the past in the hopes that it would change the weather, and what people believe today?

Very true. It’s quite incredible isn’t it that they don’t include the effects of the sun in their computer models. I’m sure, as you say, that with some people it is narcissism and a modern day type of superstition but I think with some it is deliberate fraud. They can make a lot of money out of the global warming scam whereas they never talk about other environmental problems because they make their money out of polluting.

The Sun is a blistering 15 million degrees Celsius (27 million degrees Fahrenheit) but it’s not the driver of weather on this planet, it’s just a light to create day time.

If Great Thunderbird and the rest of the climate crisis tosspots have their way, there will be another ice age in the next 50,000 years and GTs home town and place like Chicago and New York will be under around 2km of ice. Sweet irony that will be of course. But what people maybe haven’t realised is that if all else fails then the next ice age will be the end of north western so-called civilisation and the next great extinction of humanity, as there won’t be much chance of everyone in the Northern Hemisphere surviving it. To thrive, the Earth needs to be warm and full of forests, CO2 and Engineers. But those at the top of the pyramid don’t want everyone to survive – they just want to survive without the plebs, and to live forever in a world free of anyone other than themselves. What they don’t realise is that it’s human diversity and challenge that provides what they all have, not their own stupidity and inability to do anything real themselves.

There they go again, trying to convince us that we are in a minority.

I wish they were but the trouble is that they have control of so many aspects of life now. We need to set up an alternative society, I think that’s our best hope.

That is our ONLY alternative; this being said, when one runs the game sets the rules, one doesn’t need to hurry. It seems to me that something has hasted their momentum…either way. I’m off to a more rural setting as son as my North London flat is sold. Jennie, the writing is on the wall, the so called loft styled apartments that are being thrown up look more like tidy gulags to me.

We are. That’s the beauty

After the vaccine fiasco I’m no longer convinced we are a minority Scott.

Yes the majority might be vaccinated but a sizeable number were bullied and threatened into getting injected but did they really believe we were in the midst of a deadly pandemic ?

The authorities used deception then which makes it more than likely they are doing the same now with the climate nonsense.

I’m not confident that the majority will stand up to the same tactics they succumbed to with covid though.

It is perfectly understandable that the sun has zero influence on the Earth’s climate as it is constantly being filtered, locked and otherwise messed with. These people / entities are truly attempting to ‘play God’. It must end at some point.

Follow the money and the opportunities for career advancement. These factors are behind everything promoted in modern society.

Have you considered that it’s not a phenomena of modern society, but rather a phenomena of ancient human psychology?
Before Capitalism – even before monetary wages – the local lords collected the majority of grains and other foods to themselves and their households within their protected forts.
Even among the nomadic tribes the chiefs would have largely ended up with the best weapons, furs, and concubines.
And all too often, those further down the chain who benefited some from that largess would have been the sycophants attracted to the power and different forms of wealth.

Spot on. The more things change the more they stay the same.

The result of living in a TV cave. 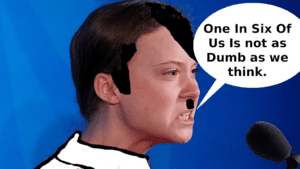 I’ll bet the 5 out of 6 who believe it are all vaccinated.

I don’t believe anything anymore.

The BBC says there’s man made climate change and it’s bad, so it must be true. Lol.

Vikki, I’m officially giving up talking to normies; it’s a waste of time, as they are doomed. I sat next to a fellow commuter on the journey home yesterday evening and couldn’t help but notice the 10 or so face muzzles poking out of her handbag. What IMHO has happened is that they have succeeded in dividing humanity into two tribes; their plan will be complete when we go to war and destroy one another.

This website uses cookies to improve your experience while you navigate through the website. Out of these cookies, the cookies that are categorized as necessary are stored on your browser as they are essential for the working of basic functionalities of the website. We also use third-party cookies that help us analyze and understand how you use this website. These cookies will be stored in your browser only with your consent. You also have the option to opt-out of these cookies. But opting out of some of these cookies may have an effect on your browsing experience.
Necessary Always Enabled
Necessary cookies are absolutely essential for the website to function properly. This category only includes cookies that ensures basic functionalities and security features of the website. These cookies do not store any personal information.
Non-necessary
Any cookies that may not be particularly necessary for the website to function and is used specifically to collect user personal data via analytics, ads, other embedded contents are termed as non-necessary cookies. It is mandatory to procure user consent prior to running these cookies on your website.
SAVE & ACCEPT
wpDiscuz
27
0
Would love your thoughts, please comment.x
()
x
| Reply