This from Ian Burrell writing in The Independent newspaper back in July 2016:

So much of the current public distrust in the media and its incestuous relationship with the political establishment can be traced back to its failures in covering the Iraq war. I remember picking up the London Evening Standard on 24 September 2002, and being gripped by the raw power of its splash: “45 minutes from attack”. Hours earlier in Parliament, Tony Blair had handed down his flawed tablet of stone, with its false claims of Saddam Hussein’s weaponry, and the media machine whirred into action, propelled by Alastair Campbell’s spin team.

The following morning The Sun told its readers that it was they who were Saddam’s target: “Brits 45 mins from doom”. The initial reporting showed how a supposedly free and fearless press was powerless, vulnerable and gullible in a moment of national crisis. Utterly dependent on Downing Street and Britain’s intelligence chiefs for information it could not verify, it meekly fell into line with Government propagandists.

The pressure on the UK media should not be under-estimated. It seems extraordinary now that papers could have campaigned for the bloody mess that Iraq became but, at the outset, the operation was depicted by Government officials as a humanitarian one, liberating the Iraqi people from oppression. Even liberal The Observer – to the horror of many colleagues on sister paper TheGuardian – backed the case for war. In the US, the venerable New York Times was embarrassed as it swallowed fabricated evidence of Saddam’s weapons of mass destruction, cynically supplied by members of the Iraqi opposition and pro-war lobbyists.

Brilliant writing by Burrell. I remember talking about this article on that weeks Richie Allen Shows. I also recall reading similar articles following the publication of The Chilcot Report, articles by shamefaced journalists who promised that they would never let us down like that again. We were told that the media as a collective fully understood the enormity of its failure to hold Bliar and his cronies to account. Really? Today the UK, US and French governments are talking about launching airstrikes on Syria. A No-Fly zone is also on the table as I understand it. They're singing their timeless classic, He's using chemical weapons on his people. He (Bashar al-Assad) isn't dropping chem-bombs on people incidentally. He doesn't have any. And North Korea haven't sent him any either, that's pure horse shit. So here we are again eh? Tens of thousands of people, who never raised so much as a voice in anger against me or thee are about to be liberated from their bodies shock and awe style. So what about the media and that promise of never again? Feast your eyes....... 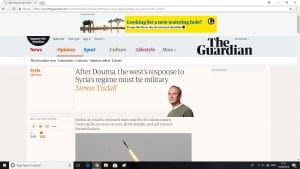 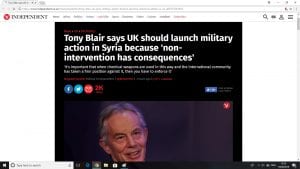 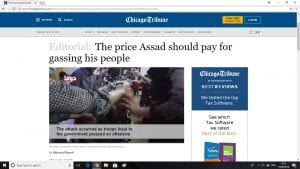 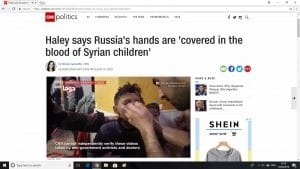 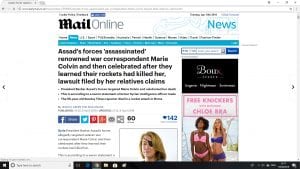 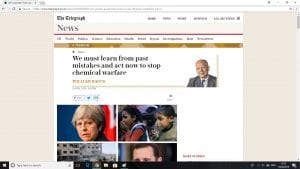 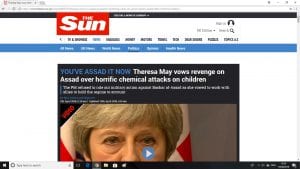 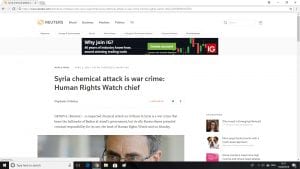 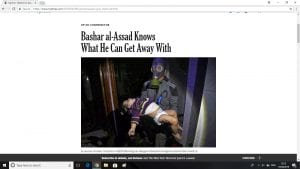 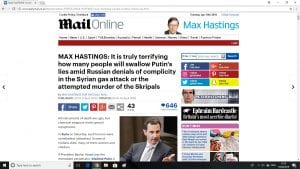 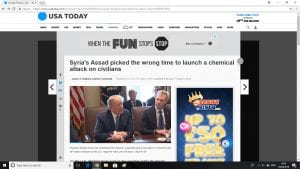 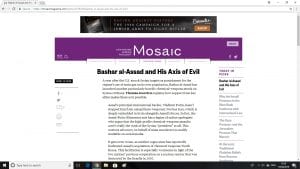 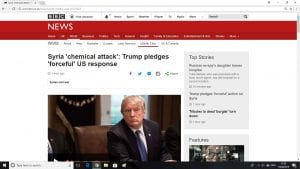 richieallen.co.uk
Previous May To Launch Airstrikes On Syria Without Approval From Parliament. Next Brexit – Remoaners Launch New Million Pound Campaign To Keep The UK In The EU.