Aid Agencies Are Being Used As A Front By Disaster Capitalists & Child Traffickers.

"It's absolutely the tip of the iceberg. Many of us have known about this for quite a while. It's hard to get your head around this but the very people sent in to help in an emergency end up being the ones who make things worse. There is a problem of no accountability, money is raised or donated over here and work is done over there and there's a complete disconnect between the two, we never get to measure what happens to the money." 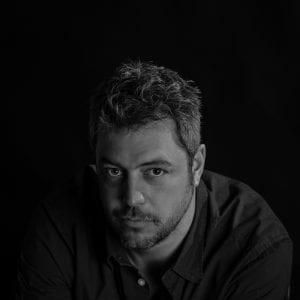 Those were the words of journalist and author Alex Perry, speaking on BBC Radio 5 Live this morning. As you know by now, Oxfam has been accused of covering up the fact that its own aid workers have been soliciting sex with prostitutes, including children. The tip of the iceberg says Alex Perry eh? Are we surprised? Of course not. But we are very very interested in what happens next aren't we? Oxfam denies covering it up, citing its own investigation which led to four people being sacked and three others resigning, including the country director for Haiti. UK International Development Secretary Penny Mordaunt told Andrew Marr on BBC television yesterday that there were moral leadership failures at Oxfam. Some of those who resigned from Oxfam were able to go and work elsewhere in the aid sector. Makes you all fuzzy and warm inside don't it? Think of that the next time you pass an Oxfam shop in the high street. They are everywhere those awful shops, blighting the high street. Mordaunt is meeting with them today with the threat of withholding funding for the charity most definitely on the table. 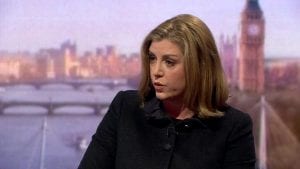 Of course it is a bit rich that Mordaunt would accuse Oxfam of lacking moral leadership on the subject of child abuse. People who live in glass houses Penny.....look at your own boss love. Anyway....back to Oxfam. On one specific allegation of solicitation by an Oxfam representative, Andrew MacLeod a former senior adviser to the UN, who works for Hear Their Cries - a charity that fights sexual exploitation in the aid industry - said the case should be passed on to police. "If Oxfam were serious... ask Scotland Yard to do an investigation. Were these prostitutes underage or not?" Mr MacLeod told the BBC. "If they were underage then this man has broken UK sex tourism laws. And Oxfam leaders may have broken the law by aiding and abetting this man." It could be argued that rather than threaten Oxfam and others with loss of funding, Penny Mordaunt should be warning them that losing their charity status itself is a real possibility.

We need to examine aid agencies as a whole. What are they? What is their purpose? Who do they answer to? What are they really doing in the countries in which they operate? Alex Perry's interview with the BBC this morning was extraordinary. Perry said that while Haitian children were being abused by Oxfam staff, the UN caused a massive cholera outbreak in the country by placing its toilet next to a river, upstream from a refugee camp. Jesus Mary and Joseph right? You never read about that am I right? Perry said that at the very same time that happened, he was himself in Somalia, working for TIME magazine. He was covering a famine that he said was; "caused by an aid agency food aid blockade on a part of Southern Somalia and there a quarter of a million people died." Aid agency kills 250,000 people. There's a headline you never saw. 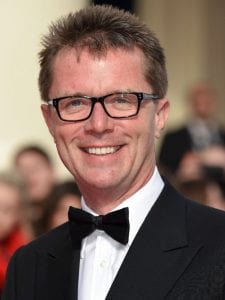 BBC presenter Nicky Campbell stupidly asked him why this hadn't made the press! Because of whores like him of course. He's no journalist, just a reader of press releases. Campbell, a one time host of "Wheel Of Fortune" and former radio 1 jock, was reinvented as a journalist by the BBC. It's an insult to journalists that he would call himself one. Alex Perry said that the press offices of the aid agencies are the heart of those organisations and are very easily able to drown out real journalists. Rip and read. TV producers take press releases, rewrite them and hand them to the on-air dummy who reads them. Nobody checks the facts.

Aid is a £150 billion pound a year business. It's not charity is it? Alex Perry claims that more than half a million people are employed in the industry. That's astonishing. I've broadcast shows on Aid and how emergency aid or aid for developing countries comes in the form of vaccines and medicines. The Aid comes with spending pre-conditions. Your money is not always being used to build hospitals, provide clean water and sanitation, nor schools or whatever else the brilliantly produced promotional films claim. In the case of Haiti, all the money raised globally to alleviate the effects of the hurricanes, was put in the hands of Bill Clinton. Clinton then effectively privatised what was left of the country, selling it off piece by piece to his cronies. It's called disaster capitalism. Aid agencies are a front for this, nothing more than that. As for the child rape, well again we're back to Alex Perry. Good journalists might be a scarcity but they exist. They've been linking Clinton Foundation officials to crimes against children in Haiti and elsewhere too. Nicky Campbell would ask; "Why haven't we heard of it?" The answer is of course, that those journalists are either not published, or they go missing. It's going to be very interesting to watch the UK political class "investigate" Oxfam. They've not got a great track record of investigating child abuse here in this country. What chance Haiti?

richieallen.co.uk
Previous Stop Caving In To Screaming Snowflakes. For Their Own Sake, Tell Them To Fuck Off. Next Moral Contracts. The Chances Are, Your Next Employer Will Require You To Sign One!