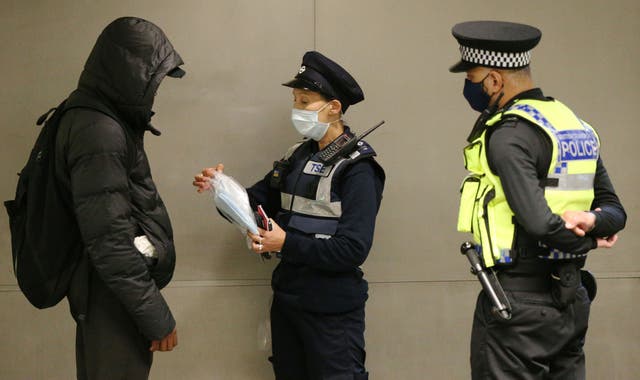 Barrister: “We Don’t Live In Police State…At Least We Thought We Didn’t!”

A barrister told Talk Radio’s Julia Hartley-Brewer this morning, that once someone tells a police officer that he/she is exempt from wearing a face-covering, that ought to be the end of the matter.

“Police have a right to enquire but if someone tells them they have an exemption they don’t have a reason to think they’re lying. We do not live in a police state or at least we thought we didn’t.”

If a police officer inquires as to why you are wearing a mask, politely say that you have a medical exemption from wearing one. Should the officer be stupid enough to ask you what the exemption is, politely ask to see his/her identification and collar number and inform him/her that you will make a complaint unless he/she withdraws and allows you to go about your business unimpeded.

"Police have a right to enquire but if someone tells them they have an exemption they don't have a reason to think they're lying. We do not live in a police state or at least we thought we didn't."@JuliaHB1 | @Francis_Hoar pic.twitter.com/96qSSBZ7a7

Richie Allen is the host of The Richie Allen Radio show, Europe's most listened to independent radio show and is a passionate supporter of free speech. He lives in Salford with the future Mrs Allen and their two dogs.
All Posts
5 2 votes
Article Rating
Subscribe
Login
Please login to comment
26 Comments
Inline Feedbacks
View all comments

A large part of the problem with the growing Police state is that the legal industry are at best very passive observers to the often illegal and always amoral behaviour of the state. I ask this simple question: Which side are you on?

We DO live in a growing Police State run for the benefit of hidden billionaires. However, we can use the system. If the growing army if the disgruntled and awake use the system properly, we can log into a website, click our postcodes and send letters to our vote hungry MPs. Step 2 would be to petition the House of Lords at the click of a few buttons on the same website. If we can reach sufficient numbers, surely there is hope of curtailing the Government’s rush to tyranny.?
People should not fear their Government. Government should fear the people. Let’s use the system and form a pressure group of the righteous.

Anyone has an IN-EXCESS near them, try going in without a mask. Even with an exemption card they refuse entry. It is crazy. The staff went mad the other day, “I will get sacked if you are seen in here”. I thought, wow, get another job, screw that.

They did this last time around. Wankers.

they may change their mind if profits start falling

Pat Kenny (Irish radio commentator) has described small children concerned about wearing a mask as snowflakes. So I’ve sent an e-mail to Newstalk (his station) suggesting that he looks into all the studies of the past 40 years which all show that masks don’t work and to look at the harm that they cause. I also asked that he look into the background of the PCR and explained why that doesn’t work. I also suggested that he wonder why there is no debate on this matter and why only those with vested interests are given a public platform.

He probably won’t even see it and won’t do anything even if he does but we have to take every opportunity to plant a seed. I kept it polite and factual. It will be interesting to see if I get any reply but I’m not really expecting one.

What a prize w🤬ker this clown is!!
And that corporate shill is one of the greatest snowflakes to have ever existed on the entire island!!

A prize NUMPTY if ever there was one!!

Waring face masks is an abomination. Not only do ‘ Face masks do more harm than good.’ As the title of Vernon Colemans book states. But they are psychologically damaging and anti social as well. There is overwhelming evidence that even in cases where a virus were genuine, particles are to small to be stopped by a mask. However it is known there are many hazards including Hypoxia ( Damage caused by reduced Oxygen), and Hypercapnia (damage caused by breathing to much carbon dioxide). Both of these cause a whole range of health problems, including Hypoxia activating cancerous cells and causing them to multiply more rapidly. There is also a high risk of Bacterial Pneumonia due to the inhalation of mask fibers and germs. Hence the slogan,

‘ Wear a mask, Protect the NHS, by Taking lives.’

Regarding the legal situation, though i still stand by what i have repeatedly said, regarding the law not being able to stop this fascist Tyranny. It may however on occasion be enough to help us in individual situations in the short term. And Richie is right to point out the current law regards medical exemptions. Another piece of legislation that may on occasion help, Gavin mentions further down this page. This was included within the law, in order to comply with the European convention on human rights legislation, which states.

‘ A person should not be compelled to carry out any action, that they believe would bring harm to themselves or others.’

Whilst Its useful to know these things, living in a Police state there is no guarantee that stating them will work. Either against the Police or a security guard, but its well worth trying. However current law can be changed in a heartbeat.

On the subject of whether this is a Police state or not. The Barrister speaking to Julia, should use his great legal brain to have a look at the Oxford dictionary online. It took me 30 seconds, and i copied and pasted the results below.

‘A country where people’s freedom, especially to travel and to express political opinions, is controlled by the government, with the help of the police.’

Seems pretty straight forward to me.

I’ve been through every test and study I could find carried out over the past 40 years into mask wearing and there is not one that shows that they do anything to prevent the transmission of infection but of course they are actually harmful to health. Governments know this but they rely on the ignorance of the vast majority of the public to get away with their scams. Every time I go in the supermarket they are playing this rubbish over the tannoy about wearing face coverings to protect lives. Thank you for your definition of a police state, that’s definitely what most us everywhere are living under.

Hi Jennie, great to hear from you as usual. Not been on here much as things to do. Well done on personally looking at those studies. Haven’t gone that far myself, but i have read the Vernon book, packed with references. And i knew from the beginning what my intuition was telling me. In our supermarkets they repeat the mantra.
‘ Please remember to social distance and wear a face covering in this store, to protect yourselves and others, your safety is important to us.’
Even when mandates were temporarily lifted they just carried on playing. Some just adding ‘if you can’, to the message. On a more positive note, it brought a smile to my face that i saw 3 shop staff last night, who had previously been ardent mask wearers unmasked. 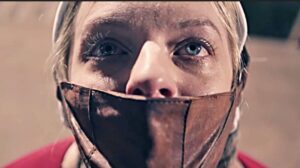 Hi Gerry good to hear from you. Have a blessed day, and blessed be the fruit.

By his hand oh great flaming Foxy one!
By his hand!!
🖐️

Praise be.
May the Lord open.

Praise be Gavin, how you? I’m trying to keep my subversive activity to a minimum.

Catching up on a few Stew Peters guests and got fridays David Icke dot connector to watch.
Have a blessed evening.

Here is the who guy was arrested this weekend for not wearing a mask – https://www.youtube.com/watch?v=lmooRE_RytU&list=UUhmgPfkRooDpmni6LzMuYtg&index=3

And he’s assaulted too as he only wanted to leave and wasn’t in any way being violent towards them.
It’s starting to feel eerily similar to how events turned sinister in Australia.
Are the crown forces under more stringent orders to stamp out local dissent in the UK now, as they push forward with the Agenda digital enslavement programme in order to maintain the serfs in serfdom for the remainder of human existence (and onwards to transhumanism!!)?? 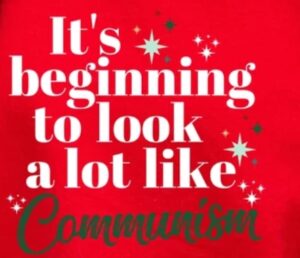 I wish it was that simple in Australia, if you tried that approach you’d likely be taken to ground, arrested and charged. We’ve had a couple of cases where the defendant has been refused bail and held for up to a month before appearing infront of a magistrate. Do everything that you can, every day, to stop Britain turning into the tyrannical police state that Australia has become.

disgraceful really as the police do not know if for example someone has breathing problems and cannot wear a mask.

They aren’t law enforcers anymore just out and out thugs. I feel for you over there I really do.

Well as barrister he should know that police have been enforcing legislation (civil law) on the public for decades and decades, we have been in a police state a long time and now we are seeing it blossom.

In the guidelines regarding the nonsense that is mask wearing, they state you don’t have to wear a mask ‘if you think it will do you harm’. This is obviously not a medical exemption but would quoting this mean no action could be taken?
We all know wearing a mask is unhealthy and is all about compliance. No risk assessments have been carried out so I would say these guidelines and add ons to the invalid coronavirus act can be disregarded.

This website uses cookies to improve your experience while you navigate through the website. Out of these cookies, the cookies that are categorized as necessary are stored on your browser as they are essential for the working of basic functionalities of the website. We also use third-party cookies that help us analyze and understand how you use this website. These cookies will be stored in your browser only with your consent. You also have the option to opt-out of these cookies. But opting out of some of these cookies may have an effect on your browsing experience.
Necessary Always Enabled
Necessary cookies are absolutely essential for the website to function properly. This category only includes cookies that ensures basic functionalities and security features of the website. These cookies do not store any personal information.
Non-necessary
Any cookies that may not be particularly necessary for the website to function and is used specifically to collect user personal data via analytics, ads, other embedded contents are termed as non-necessary cookies. It is mandatory to procure user consent prior to running these cookies on your website.
SAVE & ACCEPT
wpDiscuz
26
0
Would love your thoughts, please comment.x
()
x
| Reply