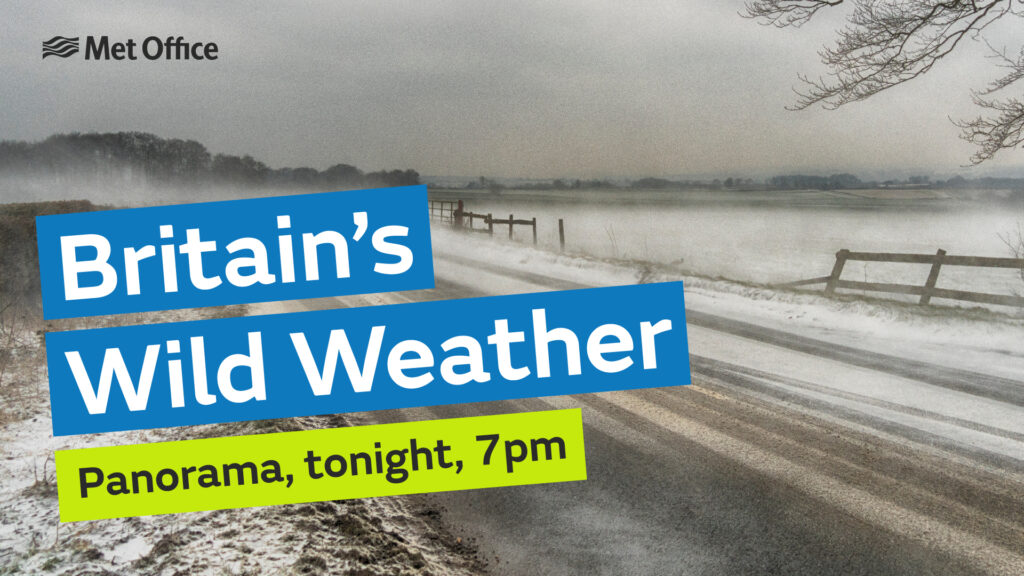 An internal BBC investigation has found that the flagship Panorama programme made a number of false claims about the threat of climate change.

None of those claims are true.

Last year Rowlatt’s sister Cordelia was among a number of Insulate Britain activists arrested for staging a protest at junction 3 of the M25.

Miss Rowlatt, who once appeared on TV advising her brother on how to be more environmentally friendly, pleaded guilty by post at Crawley Magistrates’ Court.

She was fined £300 with £85 court costs and a £34 surcharge for committing a public nuisance on a highway.

The introduction of Wild Weather said ‘the death toll is rising around the world and the forecast is that worse is to come’. The ECU said this risked giving the impression the rate of deaths from extreme weather-related events was increasing.

In fact, as noted by a recent report from the World Meteorological Organisation, while the number of weather-related disasters – such as floods, storms and drought – has risen in the past 50 years, the number of deaths caused by them has fallen because of improved early warnings and disaster management.

BBC News said ‘it accepted the wording in the programme was not as clear as it should have been and a public acknowledgement was put on the BBC’s Corrections and Clarifications website before the complaint reached the ECU’.

The ECU said this was appropriate but ‘an oversight meant the programme was still available on BBC iPlayer without a link or reference to the published correction, and for that reason the complaint was upheld’.

The ECU also considered the language used in the programme about drought. It agreed the evidence showed southern Madagascar had suffered lower-than-average seasonal rainfall in recent years, and that climate change was one factor contributing to famine in the country.

It also noted the reporter’s language mirrored that used by the UN’s World Food Programme.

But the ECU added: ‘The statement that Madagascar was on the brink of the world’s first climate-induced famine was presented without qualification, whereas other evidence available prior to broadcast suggested there were additional factors which made a significant contribution to the shortage of food.

The complaint was therefore upheld.’

A few years ago, a former BBC journalist forwarded to me a memo that had been sent to the corporation’s producers, editors and reporters. I still have it.

Simply put, the memo advised staff that there was no longer any need to balance reports on climate change with the views of sceptics, irrespective of how qualified the sceptics were.

The BBC told its staff that the “science was settled” on the issue.

Richie Allen is the host of The Richie Allen Radio show, Europe's most listened to independent radio show and is a passionate supporter of free speech. He lives in Salford with the future Mrs Allen and their two dogs.
All Posts
5 3 votes
Article Rating
Login
Please login to comment
18 Comments
Inline Feedbacks
View all comments

Here’s a brilliant summary of the evidence to the contrary by the excellent Tony Heller (has he been a guest on your show Richie?).: https://realclimatescience.com/hiding-the-decline-in-extreme-weather/

Thanks for that, Tony Heller had fallen off my radar, glad he’s back, a master of obvious truth, ha, ha, great guy, thanks again..

Actually extreme weather events are down 25% compered to the 19th century and nine out of the ten most severe Pacific cyclones occured when atmospheric CO2 was below 350ppm. So yet more absolute bullshit to suit the climate alarmism narrative. Panorama has been pants for decades now and they’ve been shown royally to have their pants down here.

The statistics can always be manipulated by the simple, and devious, device of redefinition of terms–as we have seen the definitions of “pandemic”, “safe”, “effective”, etc., revised in the management of the “COVID crisis”.

Madagascar. A land that has been increasingly seeing its complex biodiversity replaced with vast monocultures like Palm Oil Trees so that all those vegans and vegetarians can eat ‘healthily’.
I wonder if that could have something to do with the risk of famine?

I’m a vegetarian but I have campaigned against the use of palm oil for some years. Healthy to me means natural and in harmony with nature not monoculture or destroying the habitat of other species.

It wasn’t a dig at you and others like you, but rather a dig at the clueless virtue signalers.

No I’m sure you weren’t but sometimes people tend to see those with a certain characteristic as being all the same which of course they aren’t.

Some scientists brag about controlling the weather, how they can break droughts by cloud seeding, spraying aerosols from aeroplanes into clouds, yes they admit it, if only partially they admit to chem trails. What effects dose this hidden interference have on global weather? How much of this hidden interference is being carried out? Why is it hidden?

All government guaranteed paychecks are guaranteed so it doesn’t matter because nobody will tell you off or threaten your position as they also are not performing either. Nobody in government is performing so who cares? Those who really do try to do their best are stifled and overwhelmed by those who don’t, who are also well practised in doing nothing as well as being the majority.

Why should anybody care when private for profit banks just make money up out of thin air? Any amount of money by writing numbers into machines and not even doing it themselves but getting others to do it for them?

In a world full of falseness what incentive is there to be anything but false? That is why we are at this point. The system is corrupt and kept corrupt on purpose. It starts with somebody making any amount of money they like for not doing anything, privilege, then everybody thinks they can as well and rightly so. If it’s OK for the princes of lies to be princes then surly it is better if we all become princes of lies it adds more power to the lies.

“It is difficult to get a man to understand something when his salary depends upon his not understanding it.” Upton Sinclair.

That must be why I keep finding myself unemployed.

That quote from Upton Sinclair reveals that our society is based on systemic prostitution. This is the inevitable result when the money that people absolutely require in order to live issues from a credit-creating monopoly, on its terms.

Yip, the salary is mightier than the truth, convid lie, “climate change” “climate disruption” and “extreme weather.” all bought and paid for.

I think you’re spot on.

Panorama is just one of many documentaries to cover climate change over the last 12 months. All the main TV stations have gone out of there way to promote the myth of man made climate change at every opportunity.

As i wrote about in more detail yesterday under Richie’s article with The Duke of Wokes photo on it. All the soaps have been covering storylines relating to climate change. Even going as far as saying that the fictional Manchester flood on corronation street was a direct result of what we are doing to the planet. What we are never told, is how can we possibly know that a particular weather incident is down to how much we use our car, how many Xmas cards we send, how many burgers we eat, how long we spend in the shower, or how many burgers we eat in the shower.?

When only one side of an argument is put across, and opponents are vilified and ridiculed, this is pure propaganda. This is especially abhorrent, when they are also using subliminal messaging tricks, recommended by BIT and SPI-B. Proved recently by the discovery of a manual that was sent to television company’s called ”The power of TV ”.

Of course there’s not a shred of evidence that the tiny amounts of carbon dioxide that we are producing is dooming us all to death by weather. Any more than there was any evidence that we’re all going to die from a new plague of flue. But evidence doesn’t matter in this new world. All that matters is what you can make people believe, and that doesn’t seem to require factual proof.

Once we’ve reached a stage where we have 7 year old’s on Britain’s got talent, telling us they are passionate about saving the planet, met with rapturous applause from the audience. Its difficult to see how we can stop this juggernaut, when the masses seem to have succumbed to this all pervasive indoctrination program.

All we can do is keep trying to expose the lies, and draw attention to the destruction that these agenda driven policy’s are wreaking on humanity. For there are very real threats to humanity and our whole way of life. But they are nothing to do with covid 19 or our CO2 emissions.

But of course once their legitimately fake news is out there, any retractions go unnoticed by the majority and the original bollocks continues to be taken as fact…thats just part of the psy op.