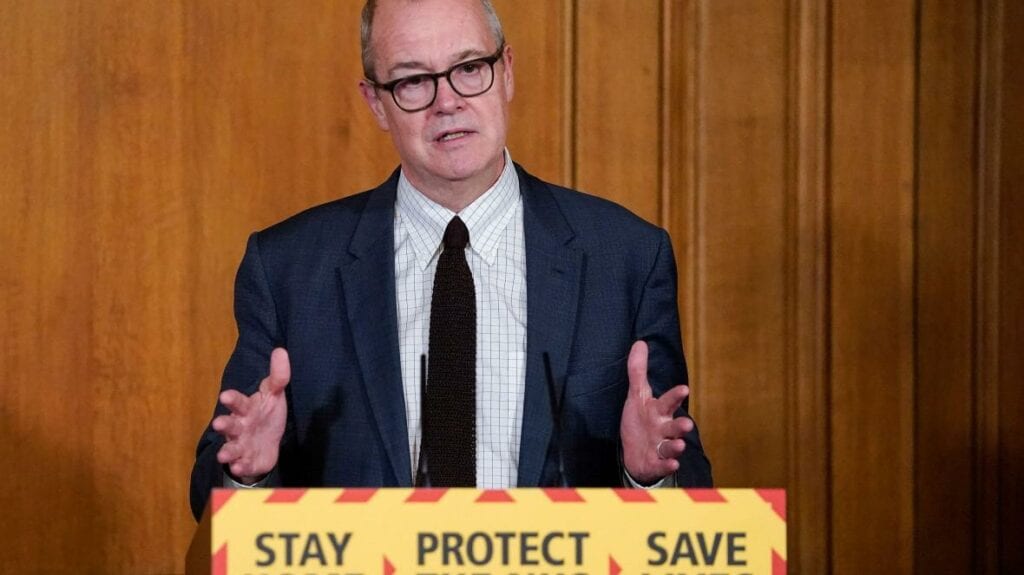 Boris Johnson wanted to reopen pubs, restaurants, zoos, outdoor attractions and non-essential shops in time for the Easter Bank Holiday weekend, until his Chief Scientific Adviser Patrick Vallance told him that doing so, could kill 91,000 people.

Papers released last night reveal that SAGE ( the Scientific Advisory Group for Emergencies) warned the PM that there would be at least another 30,000 coronavirus deaths and possibly as many as 91,000 caused by a dramatic spike in cases if lockdown was scrapped for Easter.

Yesterday, Johnson revealed his compromised four point roadmap out of lockdown. Tory backbenchers have criticised it for being too slow. Johnson’s strategy could see restrictions fully eased by 21 June, but only if strict conditions are met. 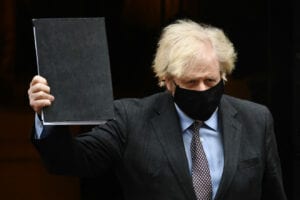 Chief Scientific Adviser Vallance said: “The sooner you open up everything, the higher the risk of a bigger resurgence. The slower you do it, the better.” Vallance and his SAGE colleagues are basing their caution on an Imperial College report from last week. It warned that easing restrictions at Easter would cause a massive fourth wave of cases and tens of thousands of deaths.

Patrick Vallance is a witchdoctor and Imperial College London and its resident clown Neil Ferguson have an appallingly poor record when it comes to modelling Covid scenarios. These muppets warned us early last year that 500,000 could die from the virus if no measures were taken. It has been widely debunked.

Boris Johnson is not running the country. A small group of scientists are calling the shots now, no pun intended. The vast majority of the quacks on the SAGE committee have strong links to the Bill & Melinda Gates Foundation and its subsidiaries The WHO, GAVI and SEPI.

The SAGE mission is simple, impose maximum discomfort on the population, in order to get maximum take-up of an experimental and dangerous gene therapy drug. It’s medication by coercion.

Richie Allen is the host of The Richie Allen Radio show, Europe's most listened to independent radio show and is a passionate supporter of free speech. He lives in Salford with the future Mrs Allen and their two dogs.
All Posts
4.8 9 votes
Article Rating
Subscribe
Login
Please login to comment
18 Comments
Inline Feedbacks
View all comments

This Christmas blame on people don’t make sense. All the people i know had a very quiet Christmas with their own households. I reckon if a poll was done about this it would show people were not stupid. The gov again blaming their wage payers for their own BS.

Johnson wanted to open up sooner, anyone that believes that needs their head examined. johnson, vallance and the rest of them are committing crimes against humanity and should be dealt with on that basis.

Just like last year when the traitor got it out that he did not want to lock down, but on the advice of the biggest fool in the scientific community, he had no choice but to follow the science, all he was doing was covering himself in case of any blowback concerning lockdown, it should be obvious like trudeau, macron and johnson himself I think this hoax is why they have been put in power, this has been planned for a very long time, remember the hysterical response in the U.K. when it looked like Corbyn could become the prime minister, was it the hoax virus that got them worried, Corbyn was a outsider, maybe they thought if he got in he might not have gone along with the plan.

It’s all a puppet show and “they” certainly chosen the mindless clowns for their End Game. The whole thing had been planned for a very long time.
Nevertheless, despite that most people blindly follow in line with the Agenda, for some subconscious feeling I am absolutely convinced that the damn thing they planned would go haywire in the end. The whole thing is just … TOO stupid 🙂

Yes it is stupid once you look under the bonnet so to speak, the thing they have in their favour is a lot of the general public are proving to be as stupid the way they are lapping it up.

Its certainly demonstrating the power of applied psychology and how vulnerable so many people are to its effects. I always used to wonder how the Nazis managed to get themselves into power in Germany in 1933 and then successfully incite so many well educated people to commit such monstrous acts. Well now we know, so much of this methodology was originally devised by Dr Joseph Goebbels the man was clearly an evil genius. For example just replace the hero worship afforded to Nazi activist Horst Wessel with that of Captain Tom Moore. Two completely different people but both used by their respective regimes to serve a political purpose. The insane weekly worshipful clap for the NHS has parallels with the Nazi torchlight parades (I’m sure that had it been winter at the time with dark nights we may well have had them). I could give many more examples. Its really quite chilling how history is echoing but the masses who know none of this are completely unaware they are being sleepwalked into a totalitarian nightmare.

Have been having similar thoughts, honestly, this is what happened in Germany, they do say if you want to see the future look into the past, history repeats itself. Also the amount of people that when talking about the traitor in no10 refer to him by his Christian name after all he has done reminds me of the German people saying ” if only the fuhrer knew he would put a stop to it “, i know it’s different but all the same it is a form of Stockholm syndrome, read a great book many years ago which was about the nazis and their rise to power, a chapter was devoted to the infamous and much feared gestapo, well in large areas of Germany the book showed there was not a lot of gestapo members for these areas, but the amount of people that were arrested was unbelievable, it wasn’t the gestapo who were doing the work it was German informing on German for whatever reasons, a lot of the time made up nonsense, we are entering this period, under the cult of covid, no mask, no vaxx, lock them up to save lives, the cult members will demand it, f–k them i will die before i comply with their lie.

Hi Martin, how you? My account has not been working.

Fine mate thanks, could you not get logged on.

Was getting a message, telling me I had to be cleared? Don’t know why. ? Tried various things, and sent message on support line. No reply. But working now, touch wood.

Security clearing ?, Vernon was looking for you, something about a sales meeting.

of course they are careful to say that these dates are conditional to everything ‘going to plan’ i.e. If we don’t toe the line sufficiently we will be punished. It’s the classic coercive control move of taking away a promised freedom at the last minute – which is exactly what happened at Christmas – implying that we had brought it on ourselves by our ‘bad behaviour ‘
Why on earth would anyone think this will be different?
More divisive tactics intended to get us policing ourselves and generally lower morale and break our spirits, upping the stakes of the psychological warfare.
It’s going to be an interesting few months.

Boy are you not wrong. Please see my above reply to Martin.

Christ how can anyone buy in to this nonsense anymore, it’s as plain as day it is all utter BS.

All these quacks are the script readers.
It only ends when people end it but most of them cannot comprehend the idea that their beloved gubberment would lie on a such grand scale but one famous psychopath known to say “the bigger the lie the more people believe it”

Surely 95% of those deaths could be prevented with a 95% effective vaccine given to all the vulnerable groups? Oh wait, we did that already….

Did we have 91,000 deaths last year or even close during the BLM protests, or Eat out to help out? Nope. Vallance needs to show his arithmetic as there is no precedent for this and this virus has been around a while now so we have actual data which is always superior to models.