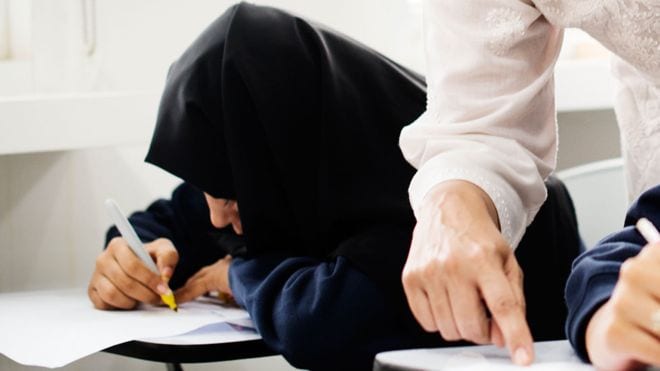 Can Somebody Please Explain To Me What “British Values” Actually Means?

Religious extremists are trying to pervert education! Aarrghh! The bastards! In our schools with our children, the bloody cheek of it! Wait a minute, what? Okay what. The education watchdog in the UK is Ofsted. It’s headed up by Amanda Spielman and she’s fretting about British values being swept away in a tidal wave of fundamentalism that is targeting school children. According to the BBC: 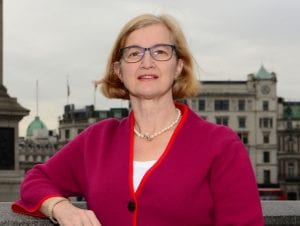 Ofsted inspectors are increasingly brought into contact with those who want to actively pervert the purpose of education. “Under the pretext of religious belief, they use education institutions, legal and illegal, to narrow young people’s horizons, to isolate and segregate, and in the worst cases to indoctrinate impressionable minds with extremist ideology. “Freedom of belief in the private sphere is paramount, but in our schools it is our responsibility to tackle those who actively undermine fundamental British values or equalities law.”

Ah there it is again, fundamental British values. We’ll come back to the great British values in a moment. As is often the case, this edict is long on hyperbole and short on detail. If Imams or anyone else for that matter are teaching “extremist ideology” in Islamic faith schools why not name them? Why not identify the schools and why not bring charges against those doing the radicalising? Just a thought, there are laws you know. The BBC claims that Amanda Spielman is speaking out in support of a teacher who is trying to tackle this head on:

Ms Spielman has previously criticised practices in supplementary schools and some private faith schools. She is understood to be making the speech in support of head teacher Neena Lall, of St Stephen’s state primary in east London, who tried to prevent children under the age of eight from wearing the hijab in class. Ms Lall also tried to stop younger pupils from taking part in Ramadan fasting during school hours. This prompted a backlash from some members of the local community and parents, although many parents voiced support for the move. 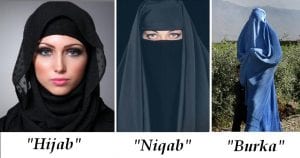 The hijab…Ramadan…so there you have it, this old chestnut. Whether you like the hijab or not, it’s none of your damn business what people choose to wear on their heads. Religious freedom means religious freedom full stop. Yes there are arguments to be had about the Burqa and identification, I can accept that, but this is nonsense from Ofsted.  And while this nonsense about schools has everyone’s knickers in a twist, young Muslim men are being radicalised as a matter of course in Saudi Arabia, Iraq, Afghanistan Libya, Syria and parts of Africa. And they are being radicalised here, but not in schools especially. It is deliberate Western policy. It has been British government policy since the early 18th century, We created Wahabbism. Read Confessions of a British Spy the gripping account of a covert British agent, Hempher, who was sent to Turkey in 1710, then of course, the head of the Ottoman Empire. Hempher worked to find ways and means to aggravate and ultimately weaponize the differences between Sunnis and Shiites. There’s a lot more to his story, I don’t have the time here.

Isis, Al-Qaeda and Al-Nusra are, in the minds of most people, lunatic jihadists and head-choppers, hell bent on taking over the world. This is true, but what 99.9% of people don’t know, or just don’t want to know, is that the modern sons of Wahabbism, currently beheading and blowing up whoever they can get their hands on, were trained in Saudi Arabia, under the watchful eye of the CIA, Mi6 and Mossad. We trained, funded and armed them and sent them to plunder and burn, while at the same time George Soros and others were using more covert methods of unsettling otherwise peaceful countries. Migration has been weaponized. Millions have left Syria and Libya and they’re running for their lives from Yemen now too. Among those fleeing are psychotic killers, the worst of the worst. This is no by-product of a failed foreign policy, this is the result that was desired by the architects of the madness. So many of these psychopaths are in Europe now and have carried out more than a dozen deadly attacks in the last two years. 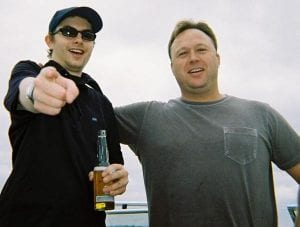 It’s so malevolent, so utterly evil even, that it is beyond the comprehension of most. So all we ever get is us versus them. I’m bored to death of it. Every time something happens, you have mutated fungi like Alex Jones and his fluffer PJW, screaming about Islam, the religion of peace. These guys are no more Muslim than those who bombed Guildford and Birmingham are Christian. There are no shades of grey of course, it’s so depressing. So stories about hijabs in schools and religious indoctrination in Islamic faith schools are all well and good, but it is a smokescreen that masks the real reasons for the terror attacks in London and Manchester.

There isn’t an Imam in the world who can touch our intelligence agencies when it comes to radicalising people, so it’s laughable to hear Ofsted talking about the undermining of British values in our schools. What values exactly? I’ve been to Morocco, Egypt and Tunisia in my lifetime. I travelled extensively in those countries and made some observations that have stayed with me and will stay with me for the rest of my life. I never saw a homeless person. Nobody goes hungry. The old folks are not sent into homes and forgotten, they are looked after by their families. I was told in fact, that parents look after us when we are infant and helpless, we can’t and shouldn’t abandon them now. Putting an elderly parent in care is taboo.

Those are values. What do we value in modern Britain? Do you know? I don’t. I’m sick of hearing politicians and journalists drone on about traditional values and how they won’t be defeated. They know full well who and what is responsible for the so called terror threat and it isn’t children wearing the hijab and fasting during Ramadan.