"Intimate relationships between teachers and young pupils at UK boarding schools is normal." That was one of a number of staggering claims made by convicted paedophile and former teacher "James" in an astonishing documentary, which went out on ITV last night. He attempted to justify his crimes by claiming that the youngsters themselves initiated the relationships and that 12 year old boys were "just as capable of giving consent as any other age." Boarding Schools: The Secret Shame – Exposure followed abuse survivor Alex Renton as he tried to get to the bottom of how much schools knew about abuse and how much they endeavoured to cover it up.

Renton was sexually abused as an eight-year-old by his teacher at  Ashdowne House in East Sussex. The boarding school counts among its former pupils, Foreign Secretary Boris Johnson, Viscount Linley and Damian Lewis. Alex's detailed investigation reveals, through Freedom of Information requests, that since since 2012, 425 people have been accused of carrying out sexual attacks at UK boarding schools. That is a truly staggering number and must be a siren call to parents whose children attend these institutions. 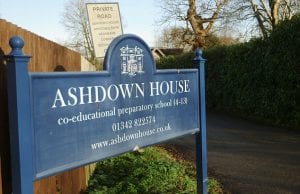 Once Renton went public and spoke of how he had been abused, he was inundated with calls and emails from other victims. They told similar stories.  Vile paedophiles groomed and raped students without any fear of being caught. If a child reported the abuse, it was covered up to protect the school’s reputation, which meant abusers could get away with it and carry on abusing. Some of them were simply encouraged to leave quietly and received references that enabled them to get other jobs where they could abuse more kids. Sound familiar? That's because it is. The same tactics were employed by the Catholic Church in Ireland. Priests who had raped and destroyed children, were sent up or down the country to do it again, to avoid scandal.

Alex Renton's conversation with James, the convicted sex offender, is chilling. The abuser said that he believes abuse is still going on today because it's a 'tradition' for teachers to be 'intimate' with pupils. The Boarding Schools' Association represents 90 per cent of boarding schools. Its chief executive Robin Fletcher told Renton; "What I can say is that everyone who works in boarding today is professional, caring and doing everything they can to make safeguarding their number one priority. There's no doubt that there was a period where some people at some schools experienced some appalling abuse. And it's absolutely shocking. But in my experience, there isn't any school out there which doesn't want to listen to victims and, where it can, as quickly as possible, say sorry." In other words, Fletcher would have us believe that it used to go on but not anymore and that if apologies are issued we can all rest easy right? Wrong. What if I told you that reporting abuse is not mandatory? I'm kidding you right? No I am not. Boarding schools are not legally compelled to notify the authorities when a child claims that he/she has been abused. That is an intolerable and untenable situation. Maybe the parents who send their children to these schools will do something about that now.

Bravo Alex Renton, your film is outstanding. It is as I said, a siren call. The abuse of children is endemic in this country. It is covered up from the top down, Prime Ministers, Home Secretary's, the intelligence agencies and senior detectives have covered it up and are doing it right now as you read this. Renton's excellent film gives me hope though. Cracks are starting to appear in the dam. Maybe the floodgates are about to open. Here's hoping.

richieallen.co.uk
Previous Are You Addicted To Your Smart Phone? Go On, Take This Test It Just Might Change Your Life. Next Assad Is Bombing Children Again…..Says A Fat T-Shirt Seller In Coventry & The Media Eats It Up.