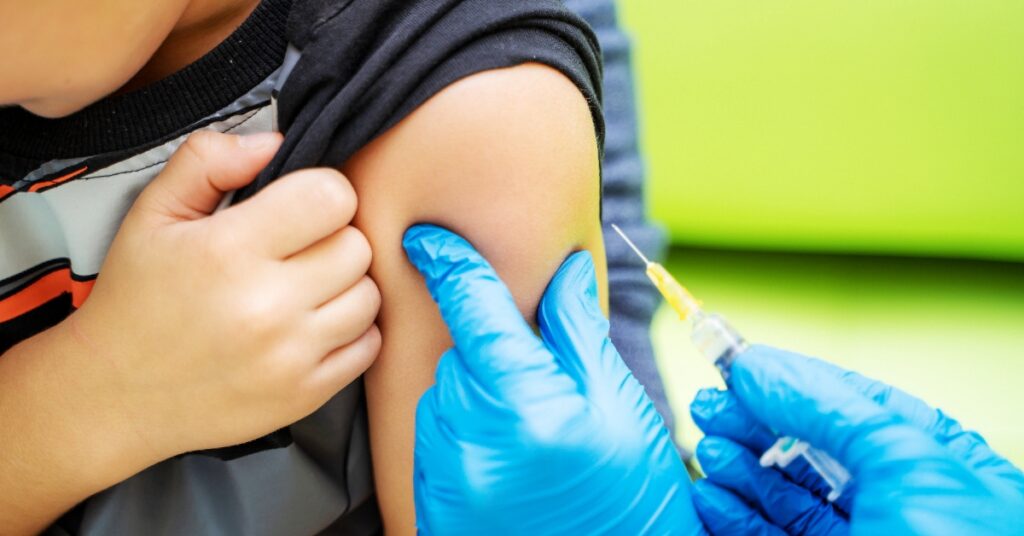 The recent surge in hepatitis cases among children has been linked to lockdowns and social distancing. It is believed that the lockdowns reduced kids exposure to normal infections and that this has led to the global outbreak of hepatitis.

A total of 114 cases of “acute hepatitis of unknown origin” have been reported in Britain, since the first spate of cases was detected in Scotland less than four weeks ago.

UK health officials said they had detected as many cases in the past three months as they would normally expect to see in a year, with the vast majority of cases involving children aged five and under.

Experts have previously raised concerns about the long-term impact of lockdown on children’s education and physical and mental health. However, this is the most serious potential health complication to have emerged so far.

They added that three-quarters of cases in the UK had been linked to adenoviruses, a viral infection which usually causes the common cold.

If someone’s immune system cannot fend off the virus, it can develop into hepatitis.

Dr Meera Chand – who is heading the UK Health Security Agency’s investigation into the rise in cases – said the virus may be hitting young children hardest, because lockdown restrictions meant they were not exposed to it in their early years.

This suggested “a susceptibility factor – so lack of prior exposure of that particular age group during the formative stages that they’ve gone through during the pandemic”, she said.

Speaking at the European Congress of Clinical Microbiology and Infectious Diseases in Lisbon on Monday, she said the “leading hypothesis” would “probably be that we have a normal adenovirus circulating”.

She added: “We may not have seen as much of it as we have for the past couple of years. But we have a co-factor affecting a particular age group of young children, which is either rendering that infection more severe or causing it to trigger some kind of an immunopathology.”

In total, 169 children across 12 countries have been diagnosed since last October, the World Health Organisation has announced.

But liver experts said even these cases may be the “tip of the iceberg”, as some symptoms could be missed.
Across the world, 17 children – including 10 in the UK – have required liver transplants, while one child has died abroad.

In the UK, the average age of children involved is three, with two-thirds of cases involving those aged between three and five. Detailed data for England showed that in 53 per cent of cases, children have recovered.

Health officials in the UK have said that there is no link between the hepatitis outbreak and the covid jabs.

I don’t have any information to the contrary but I don’t believe them.

They can say whatever they like because the media will not try to identify the children involved to check if they have been jabbed.

Last December, an article linking autoimmune hepatitis to covid vaccination was published in The National Library of Medicine. Needless to say, The Telegraph made no mention of it today.

Richie Allen is the host of The Richie Allen Radio show, Europe's most listened to independent radio show and is a passionate supporter of free speech. He lives in Salford with the future Mrs Allen and their two dogs.
All Posts
5 2 votes
Article Rating
Login
Please login to comment
16 Comments
Inline Feedbacks
View all comments

Likely has something to do with he jab

From my perspective I am not sure why these children have got hepatitis, a perfect storm perhaps from shedding of vaccine from parents,( if the child haven’t had jab) and all the conditions put in place causing traumatic environment. anybody reading this and is worried for themselves and there children I would advise you to put the whole family on probiotics. The research I have done into this has been mindblowing and has answered many questions I have had concerning my health, any person suffering from an auto immune disease, whether it be diabetes, lupus, IBS, arthritis, alzheimer’s you name it the list is long, you cannot heal anything without healing the gut first, anyone who has had food poisoning in there lifetime needs probiotics.
The results for me have been miraculous, from being young I had many allergies and have grown up with many auto immune problems, leaky gut, candida, weight gain you name it, i started taking probiotics 3 weeks ago 20 billion cmu (6 a day) and I feel I am getting back to my normal self. I have more energy, less brain fog and my stomach is going down, I have put my son on them too as he is very much overweight and is on the autistic spectrum, a massive difference in him too, so much people are commenting, I supplement also with inulin powder(prebiotic) which dissolves in water or juice. Inulin comes from the chiccory root plus other foods like under ripe bananas, it is basically a fibre food for all the good bacteria to eat which in turn helps good bacteria to thrive.
Im sorry its a long story to get back to hepatitis, but i want to help as many people out there to do there own research and to be empowered to take back there health with probiotics, and just like all the other auto immune diseases hepatitis is just another. Whatever the cause of it, I feel it can be cured by probiotics instead of intrusive surgery.
I hope this has helped anyone out there, and be warned doctors will tell you probiotics
don’t do anything

These kids are just the first cases, I think this hepatitis outbreak will soon spread to include adults and the Establishment will just do more gymnastics with the truth to explain it all away. This is just the beginning.

I agree with Dr Vernon Coleman who says, on his website, that hand sanitizers can be hazardous to health causing all sorts of symptoms nausea, womiting, headaches, blurred vision and some far worse. If people had been applying another coat of sanitizer in each shop they went into, you don’t know what that amount of ethanol is doing to you. It’s a bit like these people who disinfect their homes all the time. It doesn’t give your immune system time or opportunity to learn to fight against pathegens.

And all the testing of kids with those bloody swabs up the nose.

The mass assault and trauma the kids have been subjected to by the neurotic adults in this World is the worst of the worst, inhumane and utterly appalling 🙁

Your right Nellie, and Dr Vernon Coleman is spot on with his info. These hand sanitizers are just more toxic chemicals that have no place near the skin of humans, they are very harmful and the fact they insisted that you (well not us, we go against the grain lol) apply it constantly, was always very sinister to me. It is an attack on the immune systems of humans.

We know they lie and lie and lie again. So my concern as a mother and grandmother is that they will ‘discover’ that ‘covid’ is to blame. Hysteria will progress. Compulsory vaccination for all children will be the result.

I don’t believe them either Richie, what ever they say, you just know the truth will be the complete opposite. The vaccines are behind this, no doubt in my mind.

I’m getting the needle with this ridiculous and obvious lie.

You don’t believe them, Richie? That’s a coincidence, because neither do I.

But there is an element of truth in that children, in particular, have not been exposed to all the things that would normally help them develop robust immune systems.
Then again, it could be argued that vaccinating the Hell out of them at an early age also interfers in this process of robust immunity development.
Much like parents, teachers, etc who constantly use anti-bacterial sprays that kill 99.9% of all bacteria aren’t helping the children develop strong immune systems.

There is an old adage that speaks of killing through love. I would suggest that more and more parents, and other adults, are becoming increasingly guilty of it simply through blind obedience.

I had a huge big argument about the hand sanitizer at my daughter’s School with the receptionist there who insisted we use it as it was ‘the law’ lol. This was in the Summer of 2020, I kid you not she told myself and my daughter if we did not not put it on, then we were breaking the law. Obviously this did not go down well, I stood my ground and refused and in the end she backed down, when a more common sense staff member came over to intervene. My kids have never used that crap, and I also had an issue with the excessive hand washing, wash your hands after using the toilet of course, and before their lunch but that is all that’s required. Children need to be around germs, they need to build their immune system up and for that to happen germs and bacteria are essential. Your right Craig, the parents are guilty through blind obedience and perhaps a little or a lot of virtue signalling, common sense has indeed went right oot the bloody windy up here in Glasgow, and it’s still going on 🙁

We were always told a dirty bairn is a healthy bairn.
Playing in the mud with the worms never did me or my offspring any harm but my older sister who is paranoid about germs and was constantly sanitising hers and her wee ones hands has 3 “sickly” children.

We had one bath a week, on a Sunday lol. We were outside all the time, only back in for dinner, down this boggin burn all the time, caked in mud from the tyre swing that every wean in the area was tying to get a shot of. It’s true back then, and its still true today, a dirty bairn is a healthy bairn 🙂

We were the same. Sunday night was bath night and me and my 2 sisters shared the same bath water 😂