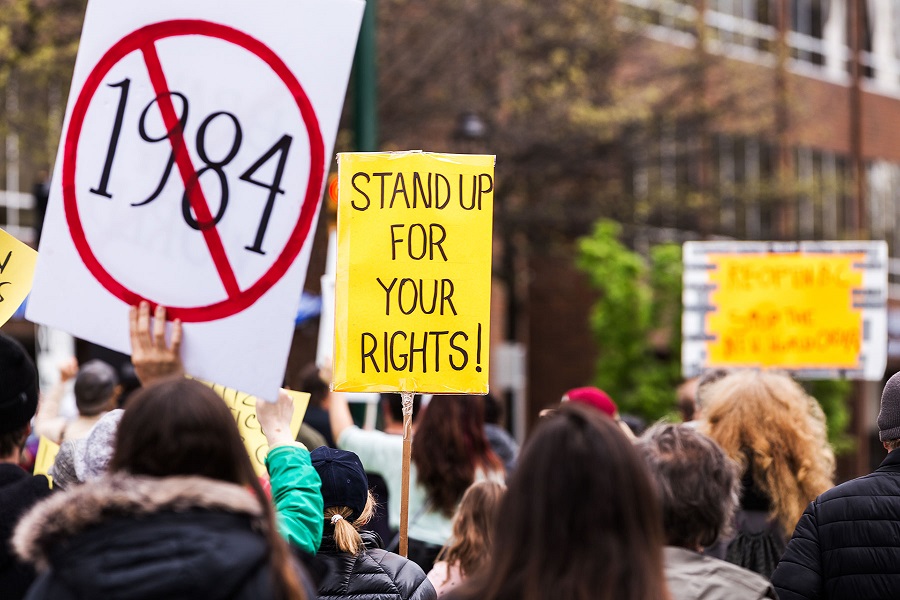 So-called hate crime campaigners have claimed that the spread of covid-19 conspiracy theories will inevitably lead to a rise in antisemitism. The Wiener Holocaust Library is currently staging an exhibition which examines interwar British fascism and its parallels today.

The Guardian newspaper is covering the exhibition and spoke to a Jewish community leader and the head of an anti-racism campaign:

David Rich (pictured), the director of policy at the Community Security Trust (CST), a charity providing security for the Jewish community, said the pandemic had resulted in people with antisemitic views taking central roles in the campaign against Covid vaccines and public health measures.
“We’ve increasingly been seeing people not really attached to one particular ideology but who are part of this amorphous mass fuelled by conspiracy theories. An entry point to that has come with the pandemic and the anti-vaccination movement where the language is not explicitly anti-Jewish. It means that a lot of people are at risk of getting sucked in,” said Rich, who will be among speakers at events taking place as part of the exhibition. 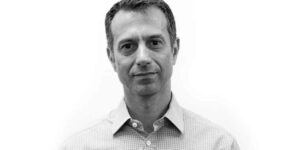 Of course, David Rich didn’t provide The Guardian with specifics, like the names of people with antisemitic views who are prominent in the anti-lockdown/vaccine-sceptic movement. That’s because it is bullshit.

The paper also quoted a guy called Joe Mulhall, a clown who heads up a group called Hope Not Hate. Mulhall is a coward. He appeared on Talk Radio last year (with James Whale) and made a number of allegations about the content of The Richie Allen Show.

Talk Radio refused me right of reply and Mulhall, typical of the snivelling weasel that he is, refused to appear with me.

Mulhall told The Guardian that he’s:

“concerned that individuals had become radicalised inside organisations that were now getting smaller but more extreme as the pandemic waned and would become more fixated on antisemitic beliefs.”

What a load of bollox. This is low, even by The Guardian’s standards. I have featured dozens of scientists and medical doctors on my radio show in the last eighteen months.

I interview eminently qualified men and women who reached out to me as a last resort, because the legacy media has effectively banned them.

How dare The Guardian allow cretins like Joe Mulhall and David Rich, insinuate that the expert views of my guests are in any way linked to antisemitism and not challenge them. It’s disgusting, but it also highlights just how desperate they are becoming.

Richie Allen is the host of The Richie Allen Radio show, Europe's most listened to independent radio show and is a passionate supporter of free speech. He lives in Salford with the future Mrs Allen and their two dogs.
All Posts
5 1 vote
Article Rating
Subscribe
Login
Please login to comment
20 Comments
Inline Feedbacks
View all comments

Think I’m starting to get radicalised reading all the scare mongering , articles on this site. (No joke)

I mentioned this article in one of my post in the comment live section yesterday. I also emailed the “journalist” Ben Quinn last night who wrote this article. I can’t see the logic in the article in what links Covid conspiracies, far right and Covid. The article is nonsensical and then goes on talking about misogyny for whatever reason. I pointed this out and the fact that practices such as covid pass echoes dangerously what Nazi Germany actually did to the Jewish population on the ground of safety.
Again no debate, just demonising people who dare questioning the current situation.

Very disappointing from the guardian

The Guardian was a great paper once but sadly not any more. Now it’s funded by the likes of Bill Gates and HSBC.

It’s all classic divide and rule, people need to put aside all this shit and realise there is a bigger picture and a bigger enemy.

Richie please get Gilad (The wrong type of Jew) Atzmon to talk about this latest attack on free speech.

Meanwhile Anti-Freedom and Anti-human are sitting in a bar drinking laughing at all the other Anti’s fighting each other.

Never heard of Joe Mulhall.
Just looked him up.

2 or 3 interviews.
All comments turned off.
Most with less than 20 views.

Hmmm.
How do I say this without being insulted or (-)downvoted?
So; Anyone that doesn’t know the expression ‘anti-semetic’ is an ‘offensive weapon’-tool developed by the zionist movement during the 19th-Century, and the word itself is an ‘oxymoron(‘ An oxymoron is a figure of speech that juxtaposes concepts with opposing meanings within a word or phrase that creates an ostensible self-contradiction. An oxymoron can be used as a rhetorical device to illustrate a rhetorical point or to reveal a paradox) is…either ignorant or a moron.
It exists to deflect as designed; Hegelian Dialectic. Rinse-and-Repeat.
So.
Stop wasting time bitching & complaining about ‘meanings & opinions’. By doing so, as intended, People become paralyzed and become mental-vegetables.
Let Me try to help here:
These 3-extremely intelligent, simple and most important Kind People have a very common idea.
i.e. “Do Something About It!”.
*Richard Grove Talks About Stefan’s Online Course*and listen to Stefan Verstappen’s following video-
*The Complete Guide to Forming Communities – Online Course*HERE:
https://www.bitchute.com/channel/Lbz8vRZjsvt9/

I don’t understand your motives, Christopher. You call for community and kindness, yet, here, in this community, you’ve shown none.

You inboxed me to complain about me messaging in live comments, man!

You were behaving like a fascist. If you have a problem or question about my comments…

Even if he does say, “Jehovah“.

Sorry couldn’t resist some Python, but it seems appropriate.
But I do find that any criticism of the followers of Isaac is considered or labelled thought-crime which I find utterly preposterous and abhorrent.

Why is that religion considered the most sacrosanct?

The failure to have an adult, honest and open discussion or debate about all religions is a lamentable state of affairs.
More likely to win the lottery five times in a row than said discussion happening.

BRIAN: Are you the Judean People’s Front?

BRIAN: Can I… join your group?

in hoc vinces signo. As Simon Templar would say.

The covid narrative is the simply the biggest con/ psy-op ever committed on the general public in the last few years.
I am spoilt for choice when it comes too the many flaws in said narrative.

Historically if one takes a broader view, there is stiff competition (from memory so I could be wrong I could be right# but I am not Johnny Rotten) from other highly dubious narratives / false flag events and other scandals such as : –

Digging into how and why things work (which are the real conspiracies) will, inevitably, lead people to realise that families like the Rothschilds and Warburgs, and individuals like George Soros, have huge amounts of influence. From that come the claims of anti-Semitism.
But the criticism is of very powerful and influential people, who happen to be Jewish (along with people like Bill Gates who are not), not a criticism because they are Jewish.
It is a definite and distinct difference that is being conflated to mean the same thing.

Insinuating language is the gift that keeps on giving. Criticising powerful corporate interests that happen to be owned by Jews is no more anti-Semitic that criticism of Bill Gates is anti-Catholic or anti-Caucasian.
And I know that this next bit is going to be unpopular, but cries of ‘anti-Semitism’ is the longest running of all victimhood narratives.

Absolutely. The Israeli government and certain extremely wealthy individuals have been trying for some time to deflect criticism by pretending that any criticism of them extends to everyone who identifies as Jewish which is of course ridiculous and they know it. I don’t like Emmanuel Macron, Angela Merkel, Justin Trudeau or Tony Blair so obviously I dislike all French, German, Canadian and British people.

Find an actual, real Jewish person of faith who shares this beta cuck’s views on “antisemitism”. This is just like the Soros funded BLM campaign crying racism while they’re funding domestic and foreign terrorism. This Zionistic, narcissistic outrage by them highlights to me exactly what these wokespeople are enraged about. It doesn’t seem to be people dying of adverse reactions to an experimental procedure, it’s that these antivaxx people are being mean about “Jews” (not real Judaism, just like the climate change wankers don’t care that UK governments are selling cheap recycled plastic, that cannot be used, to lower economic countries, like Taiwan and Poland). The jigsaw box cover does not match the pieces inside.

These are the people you cannot criticise!

soon, breathing will be anti sematic…..