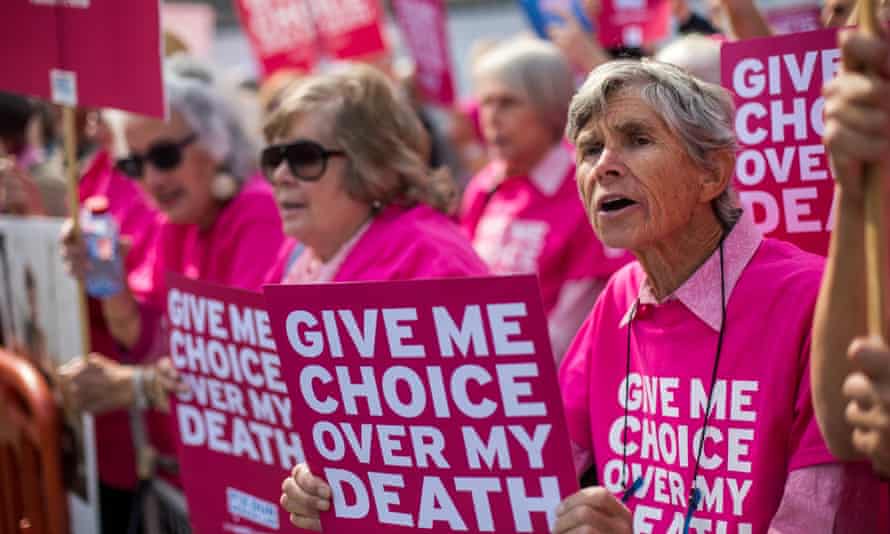 Doctors have written an urgent letter to UK Health Secretary Sajid Javid to inform him that they will not assist patients in taking their own lives. This Friday, peers are expected to pass a private members bill through the House of Lords. The bill proposes to allow doctors to provide lethal drugs to terminally ill people who want to end their lives.

The letter – signed by 1,689 doctors and sent to the Health Secretary on Tuesday – said: “The shift from preserving life to taking life is enormous and should not be minimised.

“It is impossible for any government to draft assisted suicide laws which include legal protection from future extension and expansion of those laws.”

They added: “Any change would threaten society’s ability to safeguard vulnerable patients from abuse, it would undermine the trust the public places in physicians, and it would send a clear message to our frail, elderly and disabled patients about the value that society places on them as people.

“Far from one person’s decision affecting no one else, it affects us all. Some patients may never consider assisted suicide unless it is suggested to them. 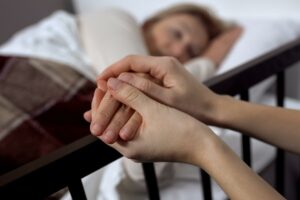 “The cruel irony of this path is that legislation introduced with the good intention of enhancing patient choice will diminish the choices of the most vulnerable.”

They conclude: “We would not take patients’ lives – even if they asked us to – but for the sake of us all, and for future generations, we ask that the law remains unchanged.”

Last month, the British Medical Association changed its position on assisted dying. The UK’s biggest doctors union had previously opposed  assisted suicide. In September it adopted a neutral stance on the issue.

The Royal College of Physicians changed its position to neutral back in 2019.

The peer behind the bill, Baroness Meacher, dismissed the doctors letter to Sajid Javid saying:

“It is always easy to find a list of people to support any position. More significant is that the BMA last month ended its opposition to assisted dying following their survey of their members showing a majority of doctors in favour of assisted dying.”

In Scotland, a private member’s bill by Liam McArthur, a Liberal Democrat MSP, proposes to legalise assisted dying as a choice for adults who are both terminally ill and mentally competent.

“You start to question what’s terminally ill. How long do you need to be terminally ill? How terminal does it need to be to be ill? You’re looking at a backdrop of a situation in society where disabled people are so far from any kind of equality whatsoever, that there is no safeguard I believe that can be put in any bill. This bill is a danger.”

Richie Allen is the host of The Richie Allen Radio show, Europe's most listened to independent radio show and is a passionate supporter of free speech. He lives in Salford with the future Mrs Allen and their two dogs.
All Posts
5 2 votes
Article Rating
Login
Please login to comment
11 Comments
Inline Feedbacks
View all comments

A tad late for that.

I take it, it will be retrospectively applied.

NHS been killing the elderly and infirm for years now with DNR and nil by mouth and Liverpool pathway etc and starving these people to death through non feeding,ie put a meal in front of an elderly patient then just fuck off,knowing damned well they need help with eating but cant be arsed .

I used to be in favour of assisted suicide until as part of a course I did I carried out a study of how the law operated in the Netherlands, then the only country which had laws enabling assisted suicide. I was quite shocked to find that there was quite a lot of abuse of the law and sometimes coercion took place from relatives and others who didn’t want the responsibility of looking after the person or who stood to gain.

Also since I stopped being an atheist and became involved in spirituality I came to realise that sucide is not an answer to our problems as we are here to live through certain experiences for the release of karma and spiritual growth.

Another branch of the Culling of the population..

I have always instinctively believed there is something wrong with making suicide legal. I think through a mixture of spiritual beliefs and a total distrust of Goverment and the establishment that i have always had. Years ago, when the language was conveniently changed in the style of Orwell’s “newsspeak”, from assisted suicide to “assisted dyeing”. That should have been enough for anyone enlightened enough to notice, that this was all part of another agenda. Changing language like this is a psychological technique, used to deliberately change the meaning behind something in peoples consciousness.

Its not so much a case of, if the law is changed it will be misused. But more of a case of , it will be used for exactly the reason it was always meant to be. As yet another tool of the state, to make it even easier than it is already, to dispose of people.

I believe there is a mass extermination process taking place now. It started with the lockdowns and killing off the elderly in the care homes. Was aided by the face masks and the damage to health that they cause. The widespread cancelation of medical treatment, for anything other than an imaginary virus. And all led from the front by the deadliest weapon of all, the Fake vaccination. That is already killing thousands, but all for ” the greater good.”

The regulations being brought in because of the man made climate change hoax, will further increase poverty and starvation, and people dying of cold. Some may say, if all this is true why bother changing the law regards allowing people to kill themselves. I believe from the point of view of these unimaginably evil beings that are running this planet. Every little helps when it comes to exterminating the human race. Whilst i sympathize with these well meaning protesters. Many who may be, or have relatives living in terrible pain. They are unwittingly being used as yet more puppets to further an agenda of pure evil.

‘ We want them dead, so why not let them kill themselves if that’s what they want.’ I suspect is the reasoning behind any change in the law that is allowed.

We must resist and disrupt at all costs any plans that make it easier, for the monsters in power to carry out there end game.

Very true. I hadn’t realised about the change of name, very subtle and it does make people think differently about it.

Its because words are not just words .Learning more words, actually increases IQ, and understanding of things. Each word is associated with different, thoughts and concepts. So learning about words and there origins for example. Sets our thoughts along different paths and thinking about different things. This has been known about since before Orwell wrote 1984. Which is where he got the idea for Newsspeak. Or is that Newspeak?. Anyway the idea is, that by deleting words or changing the meaning of words, you can change peoples thoughts.

I had no idea the Home Office was pushing through this Bill, and yet yesterday evening on the Comment Live feed I put in the following quote.

‘It was, I remember, the 13th day of April, 1920, that the first Government Lethal Chamber was established… The…cafes and restaurants were torn down; the whole block was enclosed by a gilded iron railing and converted into a lovely garden, with lawns, flowers and gardens.’

The Lethal Chambers were walk in euthanasia centres.

Where is your line in the sand?
Last year the governments mandated lockdowns. Maybe that didn’t bother you because you didn’t loose your job.
Then the government mandated masks everywhere, to protect others not just yourself.
Maybe that didn’t bother you because you believe masks were a good thing.
Now the government is mandating vaccines, not only to protect yourself but to protect the whole community.
Maybe that doesn’t bother you because you’ve had the vaccine or you believe that they work.
But how will you feel when, in the future, perhaps the next mandate is blood donations because the reserves are running low and it’s for the better good. Maybe that doesn’t bother you because you already give blood.
What about if in the future the government mandates organ donations all for the good of the people, or abortions to stop the population growth for the good of humanity then ultimately euthanasia for anyone over a certain age to save the planets resources due to overpopulation.
The further down the list your line in the sand is means there are less people to fight for your rights, because those before you may not be around.
Don’t think it could happen?
History proves that it can. Every atrocity that the German Nazi party carried out between 1939 and 1945 was perfectly legal because the German government had made new or changed the laws to allow segregation of the population, imprisonment and ultimately extermination of those that the government deemed unclean or undesirable. 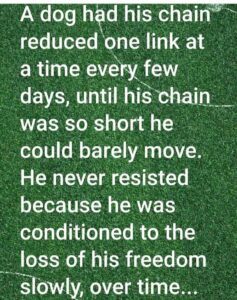