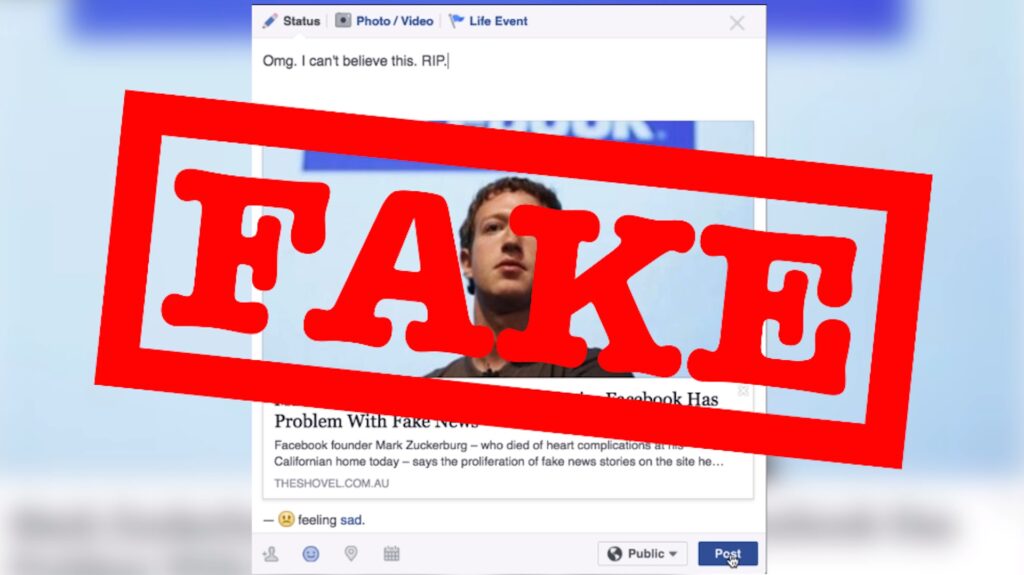 In a report released today, Global Witness claims that Facebook’s algorithm amplified people’s doubts rather than nudging them towards reliable information.

They then tracked what Facebook’s algorithm suggested to both accounts.

And in contrast to Jane, John was consistently shown reliable science-based content.

As the simulation continued, Facebook began to recommend even more extreme and fringe content to Jane, including conspiracy theories, such as ones about “chem trails” – false claims condensation left by planes contains chemical agents that can control the weather.

In response, Facebook said its algorithms are designed to reduce misinformation.

Is Facebook deliberately sending climate change sceptics to echo chambers on its platform? Undoubtedly. That’s what social media was set up to do, to sell your opinions and beliefs back to you, over and over. The thinking behind it is simple.

Man made climate change is a hoax. We know that. It’s part of a longstanding agenda to enslave humanity. Just look at the solutions on offer to combat it, right?

So then, how would you go about preventing people from actually doing something about it?

Social media is the answer, kind of. If you can get people on social media to chat about Orwellian agendas and then send them into groups and onto pages where they’ll see content that tells them they are right, they’re not likely to take any real-world steps to resist their enslavement.

How many times have you read a post saying something like; “Enough is enough! We have got to get rid of these bastards now!” or “It’s time we put a stop to this, for our children!”

And of course, nobody stops anything, but the tweet gets a few hundred likes and shares. Yeah, I bet the elites are shitting themselves.

Oh and by the way, there is nothing false about the claim that the weather can be and is being manipulated. Surely the BBC has heard of cloud seeding?

Richie Allen is the host of The Richie Allen Radio show, Europe's most listened to independent radio show and is a passionate supporter of free speech. He lives in Salford with the future Mrs Allen and their two dogs.
All Posts
5 5 votes
Article Rating
Login
Please login to comment
2 Comments
Inline Feedbacks
View all comments

‘…now is the time to end the “infodemic” plaguing our world by defending a common, empirically backed consensus around facts, science and knowledge. The “war on science” must end. All policy and budget decisions should be backed by science and expertise, and I am calling for a global code of conduct that promotes integrity in public information.’
Secretary-General, United Nations General Assembly.

Translation – now is the time to really start censoring people who don’t agree with us.

It sounds so socially acceptable doesn’t it.

So, any group that identifies itself as a human rights advocate must be a trusted source right??

And their opinion is the truth and nothing but the irrefutable truth so help us God (Amen!)…

And it isn’t possible that they themselves could be a part of a larger but far less obvious psychological operation.

Or even a psychological war.

I stumbled across this recent publication by James Corbett today and I feel it’s relevant to many of the points you’ve expressed here Richie.

It’s a long but worthy read entitled “Your Guide to Fifth Generation Warfare”.

And I believe he’s nailed it here.

This website uses cookies to improve your experience while you navigate through the website. Out of these cookies, the cookies that are categorized as necessary are stored on your browser as they are essential for the working of basic functionalities of the website. We also use third-party cookies that help us analyze and understand how you use this website. These cookies will be stored in your browser only with your consent. You also have the option to opt-out of these cookies. But opting out of some of these cookies may have an effect on your browsing experience.
Necessary Always Enabled
Necessary cookies are absolutely essential for the website to function properly. This category only includes cookies that ensures basic functionalities and security features of the website. These cookies do not store any personal information.
Non-necessary
Any cookies that may not be particularly necessary for the website to function and is used specifically to collect user personal data via analytics, ads, other embedded contents are termed as non-necessary cookies. It is mandatory to procure user consent prior to running these cookies on your website.
SAVE & ACCEPT
wpDiscuz
2
0
Would love your thoughts, please comment.x
()
x
| Reply