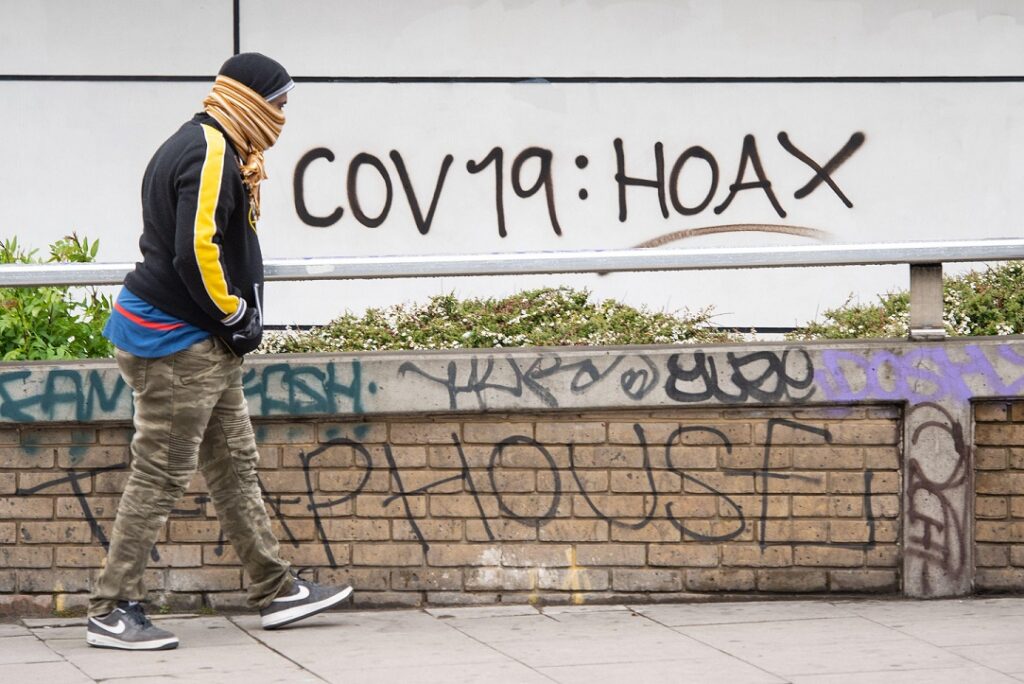 Flu Is Killing More People Than Covid-19 In England & Wales

New figures from the Office for National Statistics (ONS) show that last month, the proportion of people dying in England fell to its lowest level since records began. Covid is the ninth most common cause of death in England and Wales, behind heart disease and flu.

Of those deaths, just 2.4 per cent mentioned covid on the death certificate. That’s a drop of 77.6 per cent since March. According to The Telegraph today:

The new data provides more evidence that the NHS is in little danger of being overwhelmed in the near future, with deaths from most causes lower than normal. Covid is now the ninth most common cause of death in England and Wales, behind conditions including heart disease, dementia, several cancers and influenza. 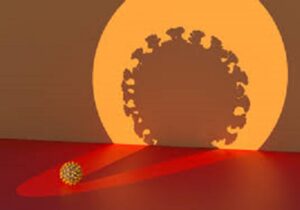 Experts have also produced data relating to the risk of being infected with covid-19. It is being claimed that for someone who has not been vaccinated, the risk of covid infection is currently one in 17,205. This falls to one in 31,184 after a first vaccine and one in 41,579 after a second.

This suggests that University College London was right when it claimed that the UK reached herd immunity against the virus months ago.

Flu, cancer, dementia and heart disease are killing more people than covid. Covid never killed many people anyway. The PCR test that is used to diagnose covid is fundamentally flawed and the method used to calculate deaths (anyone dying within 28 days of testing positive), is farcical.

Even more important though, is the acknowledgement by scientists today, that sans vaccine, the chances of contracting covid-19 are 17,205/1

I won’t be taking their injection thanks very much. I’ll take those odds.

Richie Allen is the host of The Richie Allen Radio show, Europe's most listened to independent radio show and is a passionate supporter of free speech. He lives in Salford with the future Mrs Allen and their two dogs.
All Posts
5 7 votes
Article Rating
Subscribe
Login
Please login to comment
34 Comments
Inline Feedbacks
View all comments

Maybe with mrna technology in them?

We all need to be cautious – don’t want to be receiving a blood transfusion from the vaccinated!!

These are interesting statistics apparently showing a lower figure for all-cause mortality. We already knew that “covid” was way down on the list of prevalent causes of death, but the other interesting question is: where are all the (alleged) excess deaths caused by the experimental gene therapy shot? Maybe, as we reached April, younger people were (and still are) getting the jab, and perhaps because they have more robust immune systems, fewer have died immediately after taking it. There’s no doubt in my mind these injections are imminently and lethally dangerous to a small percentage of people, and for the rest who choose to partake in this experiment, the consequences for their long-term health are as yet unknown. One thing is certain, though, once you sign up for this intervention, you will on medication for the rest of your life, what with the “boosters” and other “variant-specific” injections to keep your by now artificially created “immunity” up to date. Of course, saying all this, the huge wave of deaths in the injected population might not occur until next Autumn and Winter when antibody dependent enhancement and pathogenic priming becomes a factor when new strains of influenza and coronaviruses (ie common cold) are circulating in the environment. I hope I’m wrong!

The longer term likelihood is the severest form of auto immune disease. This mRNA has been made using computer aided design. One of the significant features is that unlike natural immunity, there is no off-switch. With no virus to attack the immune system being in a state of overdrive – turns on itself

This is of course is why they are latching on to the invented Indian variant so as keep this going until the flu and pneumonia kicks in again which they can then re-label as covid19. It’s all so simple to work out when you know the truth.

Covid never killed anyone,they are dieing of genuine respiratory illnesses and many other causes. But thousands are dieing due to billy’s blood clots caused by poison. And from Hypoxia and Hypercapnia caused by face masks.From suicide because they can’t take any more. The control measures were never ment to control a virus,but to control us. They do not protect our health,they target it. Economic dependency and chemical control are the new weopons of fascists. And are allowed to thrive,because of people’s blind belief in the propaganda. Which has closed there minds to all rational thought.

Thanks Jennie,good you going protest meeting. How is it going?

Well we have a protest in the village square once a week. There are only a few of us but sometimes a few more come from neighbouring villages to support us. It is nice to meet up with people who get it. We do get odd bits of abuse but some support too. Hope things are good with you.

What is a “covid death” anyway? A farcical situation of anyone who has died within 28 days of a positive test! The PCR test is the crux of the scam. The reason case numbers are down at present is because the PCR cycle rate has been reduced. The PCR cannot measure illness, the whole thing is a clear fraud.

And the ‘existing’ social crediting Chinese model she references at the end of that discussion:

Cheers, Gerry. I was looking for that clip yesterday evening but couldn’t find it. Clearly I didn’t look in the right place😣😔

Those numbers for risk of infection after receiving a jab can only be determined through continued testing.
But why does someone need to be tested once they have been jabbed?
Oh, yes – asymptomatic spread which, so we are told, is not stopped by the jab.
So, by following the logic, those after jab cases are asymptomatic ones that still need regular testing, social distancing, mask wearing and quarantines.
Based on that simple, logical determination I fail to see any point in the jab.

And the jab doesn’t stop you becoming infected in the first place.
It’s not possible!!
It may improve your chances of fighting off one virus strain or even its brothers and sisters (which are virtually identical btw and natural immunity will easily cover them too!!) thus potentially easing symptoms or rendering you with none at all (again, the same as natural immunity!!), but it stops there!!!

Which brings us back to antibody dependent enhancement and pathogenic priming and cytokine storms and…
(Which cannot possibly occur with “NATURAL IMMUNITY!!”)

I’ll leave it there…

But you get the gist!!

Last edited 24 days ago by Gerry
5

It’s what you and I have discussed before – smoke and mirrors.
The WEF recently produced an article stating that the most profitable industry is the chemical industry; but it, like Big Pharma has been seeing a steady decline in profits over the last twenty years.
Then, viola! along comes Covid 19 and both industries recover.
Not that long ago, the media and the environmentalists were all bleating about the evils of single use plastics – but jabs are administered by one use plastic syringes.
Funny that.

Oh most definitely Craig, it always will go back to financial gains.

But don’t forget the Agenda and digital ID.

Renewable programmes to get each individual permanently hooked or “addicted” to the shot, as you will regularly need a ‘fix’ to stay “updated” or ‘newly normal’.

And hey presto, behave or we’ll cut off ‘your supply’ in the blink of an eye!!!

A win, win, win for these corporate MONSTERS…

And still the majority of the brainwashed folk just can’t get this ‘concept’ into their easily manipulated skulls!!

Even though, the same media & governments that manipulates them has warned us of the ‘evils’ of addiction for decades!!

I mean… It defies logic!!

Unless you’re designing all of this of course!!!

To which they most certainly are.

Oh, I haven’t forgotten. We are even told what they are doing. ‘Strategic management’ meetings: and as everyone should know (but clearly don’t), a good strategy works on multiple levels simultaneously.
So the only way to glean some understanding of this situation is to look at it from different perspectives across different fields.
Which, again, most people seem unwilling to do.

All four/five segments of it!!

Which pretty much defines your thoughts here Craig.

They could easily replace plastics with hemp but they don’t. Obviously there is far more money to be made out of plastics and their concern is just hot air.

Yes, and the language used is an inversion. We, the people, get blamed for plastic waste but we never asked for plastics to replace glass, paper and wood, etc.

I just tripped and fell on the irony of that nugget of information 🙂 Craig, it’s an absolute mystery that even the sheeple haven’t noticed that it’s actually just Oz behind the curtain.

Asymptomatic spread is a misnomer. If you don’t exhibit any signs or experience any symptoms you aren’t carrying a sufficient viral load for effective transmission.

The inherent purpose of the jab is to highjack your own immune system and send it into perpetual operation. Your own immune system eases once the virus is defeated. This MO ensures there is no off switch – programmed for self-harm. Unwittingly those injected will become the real superspreaders, putting the refusniks in mortal danger.
Resulting in depopulation and endemic paranoia. Job done!!

Apparently the software that’s being used to record these Covid tests cannot determine if the same person is tested multiple times. It records each test as a new case. Therefore someone who gets infected and is then repeatedly tested records multiple new cases which greatly exaggerates the overall figures. Just another way in which the figures are being manipulated upwards. Its laughable.

I know. As of the beginning of March (the last time I checked), tests in the UK amounted to 133% of the population.

On this one, despite being derided, Trump was correct in asserting – the more you test the more covid cases there are in a population

Paradoxically some people treated for covid, have been testing the tests. They have taken tests on behalf of other asymptomatic individuals only to be given a negative result, yet subsequently proved positive under their own identity the same day!!
Other ways some have tested the tests by submitting non-biological fluids such as lemonade and even alcohol(which would kill any virus present) which returned positive results – farce!!

A farce, yes; but those test results get added to the statistics, which in turn props up the narrative.

That is no error in coding.

Aahh. Would that be the testing they should have been doing years ago; on lab animals as opposed to human beings? 🙂