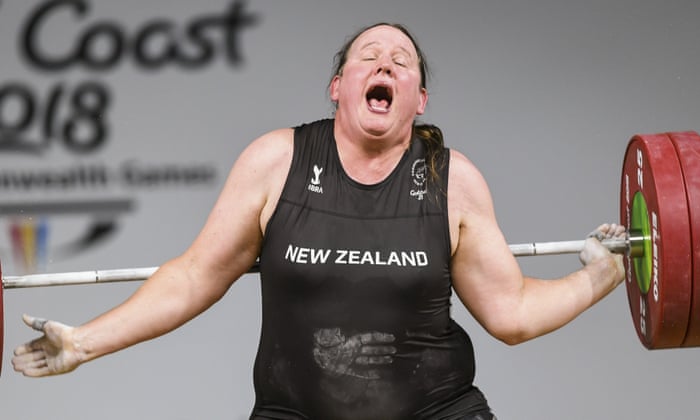 For Fuck’s Sake! Laurel Hubbard Is A Man!

Hubbard is a weightlifter. Yesterday, New Zealand put him in the women’s weightlifting squad for the Tokyo Olympics. By doing so, New Zealand denied a real woman a place on the team. If only the East Germans had thought of this back in the day, they could have dispensed with the doping programmes.

A real woman is losing out to a man who is clearly suffering from gender dysphoria. I have sympathy for him. There but for the grace of God and all that, but there are limits.

LGBTQ charity Stonewall claims that people like me want to “erase” trans people. What utter nonsense. The only folks being erased are real women. Real women are slowly being replaced by men who identify as women. It’s as simple as that. 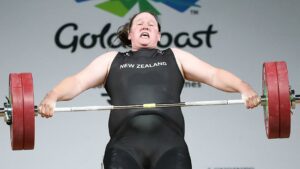 I’m as tolerant as they come. You live how you like and as you like. Good luck to you. I wish you well. Are you being discriminated against because of how you live? Tell me about it and I’ll report it. I’ll stand with you.

In Waterford in the late 1990’s, gay men were being attacked while going to and from the city’s only gay bar. My boss was gay, God rest him. Over the course of a few Friday nights, I accompanied him and his mates to and from the venue. I won’t stand for discrimination.

But this isn’t about bigotry. Biological sex matters. A man cannot just decide that he is a woman. He may feel that he is, but facts trump feelings, or at least they did.

I will not be compelled to participate in the fantasies of others. I am kind, compassionate and empathetic. If you are a man who identifies as a woman and you ask me to refer to you as she and call you Mary, I’ll say sure, no problem.

But I will never believe that you are a woman and I will never, ever support your right to take the place of a real woman. You should have no such right.

People with gender dysphoria, body dysmorphia or gender identity issues should be given all the support that is available. But that support should not include the use of gender-neutral language and it should never result in a man taking the place of a woman, in a sporting event or anywhere else for that matter.

Richie Allen is the host of The Richie Allen Radio show, Europe's most listened to independent radio show and is a passionate supporter of free speech. He lives in Salford with the future Mrs Allen and their two dogs.
All Posts
5 11 votes
Article Rating
Subscribe
Login
Please login to comment
54 Comments
Inline Feedbacks
View all comments

She would fit in well with the East German Women’s Olympic team.
https://www.youtube.com/watch?v=DFgZXL3tL1A

I suspect some sportsmen claim to be trans-women because they’re not good enough to win against men, but they are ambitious enough to win against women. I think in time many of these men will regret cheating biological women into second place and denying them their chance to win, and one reason for this will be because when they look at their trophy cabinet to reflect on their success every one of their trophies will say “Women’s” on it. It’s not something a man can boast too loud about, outperforming women in women’s sports.

For those who aren’t knowledgable about weight lifting as an event, the person in the photo is performing what is known as the Clean and Jerk. Perhaps it’s title is relevant.

definately capable of the latter

Laurel reminds me of Colm Meaney.

It just seems to work for everything nowadays!!!

Funny. I identify as young and wealthy with a full head of hair. I can’t get hot chicks to believe me. I feel they are discriminating against me.

100% with you there Richie. I will tell you what this guy is, mentally ill.

A woman is more than a guy with a vagina.

Great post Richie but why do you always use the Germans to make a point? East Germany was a satellite state of the USSR, therefore any technological innovations or chemical advances by them would have been demanded by their masters. So how come DDR athletes and swimmers would often finish higher in medal tables than those of the USSR? Just making a point.

What strikes me is that the reverse trend isn’t happening. Anyone able to name a women who is one of these, masquerading as man campaigning to compete alongside male weightlifters? !!!
Wonder why or xy or xx …..

lmao. wouldn’t it be hilarious if this fake female had the pants/ skirt beaten off of her/ him/ it by a really hot natural born female?

Bucks Gee Wizz – Making Your Mind Up.
Whipping off the skirt – the big or maybe
a little reveal – perfectly fits the profile of the standard entrant for the 21st Century Eurovision Song contest.
Let’s vote!!!

Brenda, I am a little disappointed with your response here, 🤔 no pawsome puns, maybe the claw enforcement has intervened? Or maybe you are recovering from the pundemic? Anyway, I hope your purr-sonality is back to normal soon 🤣😂 🐱🐈 FAGE

What does FAGE mean please?

I believe Brenda has inside info on this, sure she wont mind you knowing but keep it to yourself, felines against evil…….schhhhhh….

Blame kitty interception – my two awesome pawsome cats were taking offence!! Have been hovering over the delete button.
(PC ((pussycat comrades)) have got to them). They did not appreciate my Tom foolery littering my replies with tails without prior consultation. Back on the catnip!!!

Think you are due another PCR test! Even if you are asymptomatic 🤣

If proved +ve you’d have to self-isolate too, after all it is very CATching!!!

Haaaahaaàaa…………… that got me right in the punny bone!!!

I’m beginning to think they believe DNA stands for…..I ‘DON’T NO ANYMORE’ who I am!!!
A little bit of licence with the spelling..but hey, they probably won’t twig on!!

On a lighter note, Hubbard reminds me of female Russian shotputters from the 1980s.

has much bigger balls than fatima whitbread im sure

Aye, she has a massive clitoris mind.

That was a extremely inappropriate comment to make during Pride Month and you ought to be ashamed of yourself 🤣🤣🤣🤣🤣
I cant help wondering if this bloke is simply doing this as a complete piss take and for a good old laugh. It has a bit of a whiff of Monty Python about it, I demand the right to be a female weightlifter and have babies.

You have too much time on your hands.
I suggest you take up a new hobby.
☺️

I was curious after seeing angelseal’s comments 😂😂😂 Must say he/she is very fetching! 😆

That old chestnut… Or two chestnuts 😊

Last edited 1 month ago by Jacob
4

Kafla – Are you sure its not just a Walnut Whip that he’s got stashed down there in case he needs a bit of an energy chocolate boost? 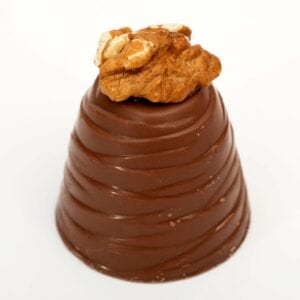 Used to be one of my favourites – never going to be able to go near one again!!!

Maybe we could all toss ideas into a pot regarding whether she/he should be in the womens/men team, sort of a tosspot 🤪

Too much information. Didn’t know you put so much effort into supporting it!!

Chuffinell 😳, I’d not noticed until I had another look! 😂😂

Just sent you a rambling message about me hols 🥰😘 xx

You should have blindfolded your paw wee cat for this section

My cat is very naughty, blindfolded or not! 😆