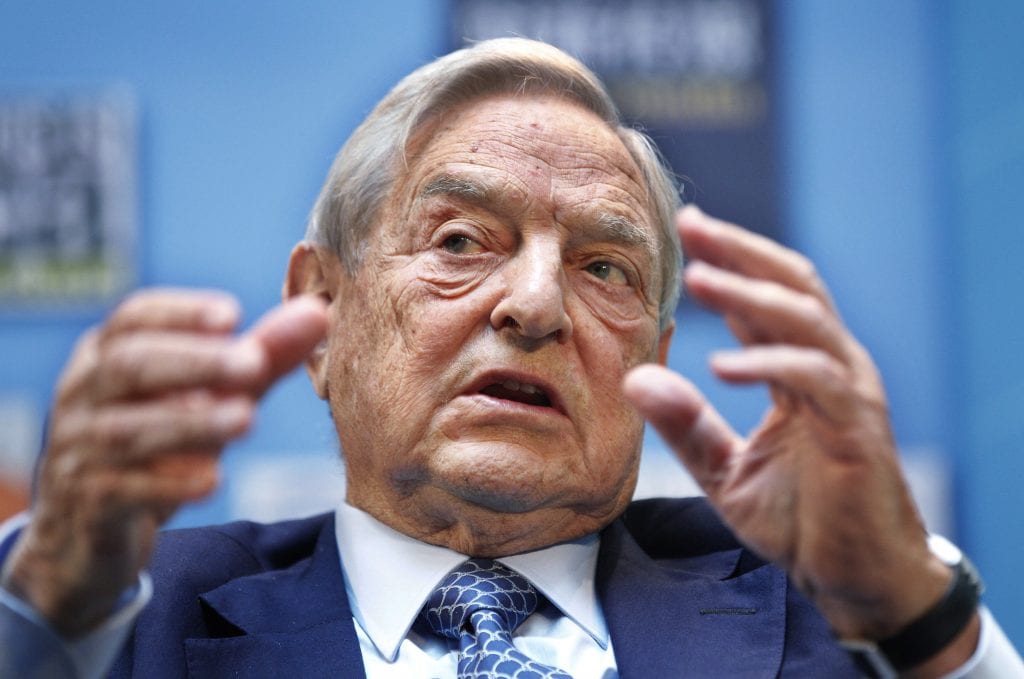 George Soros Is A Combination Of Every James Bond Villain And Then Some. He Is Truly Evil.

Billionaire investor George Soros has given £400,00 to a campaign arguing against Brexit, screams an article in today’s Daily Mail. The paper writes:

One of Mr Soros’s foundations gave the money to Best for Britain, a group which has spread pro-Remain propaganda and wants a second EU referendum. Best for Britain chairman Lord Malloch-Brown, a former minister and diplomat, said the group had followed rules governing financial contributions ‘to the letter’. He said: ‘We have never hidden our agenda; we have been campaigning hard to win a meaningful vote on Brexit, which we did, and to keep all options on the table, including staying in the European Union. ‘We, like millions of people, believe that Britain should lead, not leave Europe. We work with campaigners, businesses, unions, politicians and community groups to make sure everyone has a strong campaigning voice. ‘George Soros’s foundations have, along with a number of other major donors, also made significant contributions to our work. ‘Indeed through his foundations he has contributed £400,000.

Soros is one of the worlds wealthiest men and is always described in the press, as a billionaire philanthropist. That’s a laugh! Soros is a caporegime for The Rothschild crime family. If Soros were a character in The Godfather, he’d be Pete Clemenza. His real name is George Schwartz, he’s Hungarian and it was in Hungary that he began his life of crime. Would you believe that during the second world war, Soros helped the Nazis loot the belongings of his fellow Jews? He did and in fact posed as non-Jewish while he did so. Sick bastard eh? Here in the UK he is best known as the man who “broke the Bank Of England.” 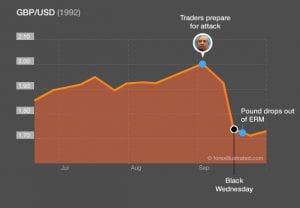 On September 16, 1992, Britain’s pound crashed out of the European Exchange Rate Mechanism.  £3.3 billion was wiped from the government’s budget, Britain was humiliated, the pound was weakened, and people’s livelihoods destroyed. And the whole scam was orchestrated by Gorgeous George. At the time, he was working as a currency speculator with the Quantum Fund. He led the charge of speculators who attacked the pound, buying up gilts, selling them quickly, then buying them back again at cheaper prices. It was legal but it was also highly immoral. It destroyed lives. Soros made over £1 billion for himself.

Soros orchestrated and profited from the Asian financial crisis of 1997, insider knowledge again the key. Then prime minister of Malaysia, Mahathir Mohamad, publicly accused Soros of destroying his country’s economy, calling him a villain. A villain isn’t the half of it. Soros broke the Bank of Thailand by attacking the baht and bringing the country’s economy to its knees. He did it in Hong Kong too. Soros has put his billions (his true wealth may be impossible to estimate) to work on destroying sovereignty or nation building as he calls it, all over the world. He controls dozens of foundations and think tanks that work to foster civil rebellions in countries on the Rothschild blacklist. See the Arab Spring, one of Soros greatest triumphs.

Soros wrote an article in 2004 for Foreign Policy magazine. The article was headed “The People’s Sovereignty.” In it, Soros made the argument that a country’s government isn’t sovereign, that it’s the people who are sovereign. Why did he make that argument? Well under international law country A cannot attack country B unless country B has attacked it. Sovereignty is sacrosanct. But Soros argued that if you could show that a government was attacking peaceful protesters, attacking its own people, then intervention could be justified. This was the pretext for the uprisings, manipulated by Soros agents, in Egypt, Tunisia, Syria and elsewhere.  Morton Abramowitz, former ambassador to South Korea, said that Soros is “the only man in the US who has his own foreign policy and can implement it.” Soros minions created The White Helmets, those lovely volunteers who rescue people in Syria and treat their injuries. Yeah right. The White Helmets are not a bunch of well meaning first responders. They’re calling for the partition of Syria, they really are, go to their website. And the partition of Syria is what Soros wants. 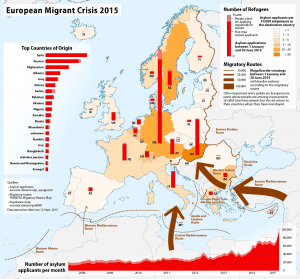 Soros is the chief architect of Europe’s desperate migration crisis. There’s no conspiracy theory here, just cold hard facts. See the DC Leaks, look them up. The hacking threw light on the extent of his control over Europe’s borders and his control of German Chancellor Angela Merkel, he told Merkel to allow one million migrants into Germany. That went well didn’t it? The DC Leaks also revealed the staggering influence Soros exerts over every level of America’s domestic government. The hacked documents revealed initiatives to federalise local police forces and campaigns to rig the elections of state attorneys general in favour of Democrats. Again, that’s just the tip of the iceberg. George Soros is the devil incarnate. The world is in orchestrated chaos and we may well be heading towards a major global conflict. Soros is pulling the strings. Take the reversal of Brexit, European fiscal union, the EU army, Syria, the migrant crisis, Russiagate, you name it and Soros fingerprints are all over it. But Soros is a caporegime. He is not the Don. Like in the case of The Godfather’s Vito Corleone, we rarely if ever hear or see the real Don right?