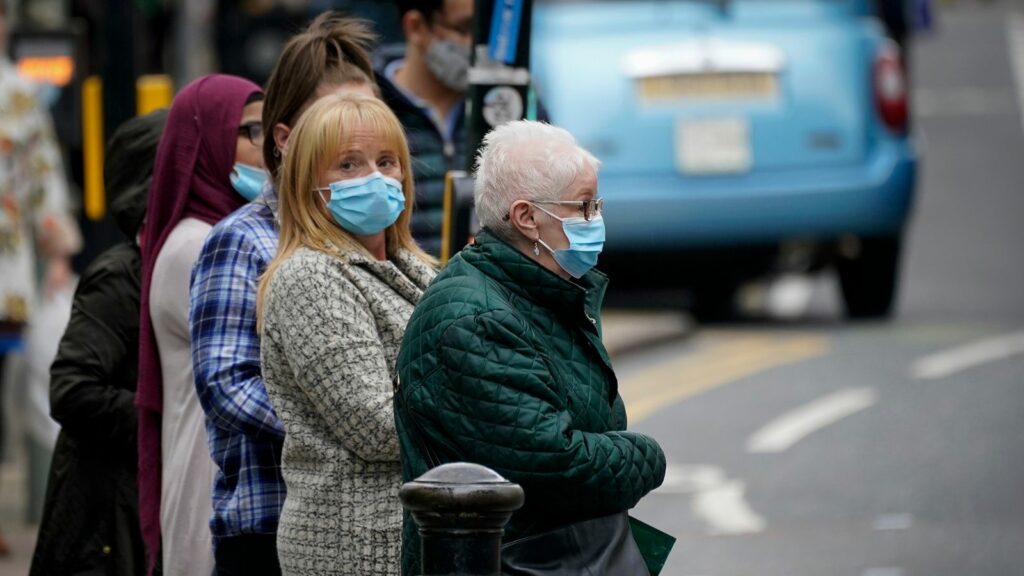 UK scientists have claimed that hearing loss and vertigo may be caused by coronavirus. Researchers from The University of Manchester and Manchester Biomedical Research Centre, compiled data from 24 studies.

“There are big implications for clinical services if this means there could be a big increase in the number of people coming forward. There are some people who say the symptoms are ongoing. There are others who say it seems to have settled down a bit so there are lots of unknowns right now.”

In other words it’s just more scaremongering by UK scientists enabled by a totally inept media. Temporary hearing loss isn’t uncommon. It can be caused by a variety of viruses including the common cold, exposure to loud noises, a build-up of fluid, earwax or an ear infection. 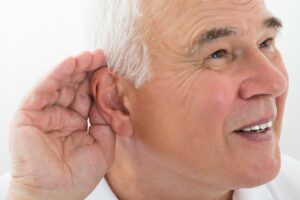 It’s garbage dressed up as science. No self-respecting journalist would touch it. They’ve previously linked coronavirus to depression, heart palpitations, hearing voices, sore toe, memory loss and rashes. They use terms like “may” or “might” and the media publishes as if it’s a fact.

Covid-19 is harmless to nearly everybody. It has a 99.7 per cent survival rate. The average age of someone dying WITH it, is 83. Yet every other day a scientist claims that covid may lead to other serious conditions. The evidence is always anecdotal. That isn’t science.

The reason for this is obvious. The public is waking up to the fact that covid isn’t nearly as dangerous as it was led to believe. The public wonders why society hasn’t reopened. Therefore, the public needs to be scared into complying and having the vaccines.

This isn’t about a virus. By now, the most vulnerable people in the UK have been vaccinated. We were told it was all about them. They’ve had their jabs and yet the government will not end the lockdown.

Now scientists are claiming that mask wearing and social distancing may be with us for years. See my previous article. Apart from a few Tory backbenchers, there is no opposition to any of it.

This week, the government will ask parliament to permit it to extend powers to impose restrictions until September 25th. This despite Boris Johnson’s stated aim to remove most restrictions by June 21st. Labour and The Liberal Democrats will wave it through.

Life will never return to the way it was in January 2020. It was never meant to.

Richie Allen is the host of The Richie Allen Radio show, Europe's most listened to independent radio show and is a passionate supporter of free speech. He lives in Salford with the future Mrs Allen and their two dogs.
All Posts
4.9 9 votes
Article Rating
Login
Please login to comment
23 Comments
Inline Feedbacks
View all comments

I saw it reported via the NY Post that:

The feds are dishing out $1.15 billion to study “long COVID” based on data collected mostly from people who “likely never had the virus in the first place,” laments psychiatrist Jeremy Devine at The Wall Street Journal. The supposed syndrome is “largely an invention of vocal patient ­activist groups,” such as Body Politic’s “patient-led initiative,” whose survey showed only 16 percent of respondents claiming “lingering symptoms” had “tested positive for the virus.” Such “symptoms can also be psychologically generated or caused by a physical illness unrelated to the prior ­infection.” The spending spree “is a victory for pseudoscience and will do more to harm than help” a “large group of impressionable patients.”

I don’t know I can post a direct link, but the articled linked is:
wsj dot com/articles/the-dubious-origins-of-long-covid-11616452583

(Reported in a legit local newspaper I was sent via social media)
One thick so and so had the vaccine last week.
He had body shakes during the first night of taking the vaccine.
48 hours later his voice went (now he cant talk properly)
Along with his damaged voice he has developed breathing problems.

The crazy fool is reported in the local paper as saying – “despite my adverse reaction I still urge the people to come forward and to take the vaccine as the vaccine is the only hope to save us from this deadly disease” however the 48 year old went onto say he wants the government to fund to help gp’s to help people who get adverse reactions! Lol.

You thick cu%t its an experimental vaccine nobody knows of the (short to long term) side effects this vaccine will cause (I said to myself) ….surely people cant be that thick….. obviously they are!

I can save them a few press releases. Why don’t they just say that every single symptom it’s possible to get is a symptom of covid and also if you don’t have any symptoms that is also an indication that you have covid? There you are job done.

the daily propaganda broadcasts on RadioX tell me i’ve got it as i have no symptoms AND i’m spreading it without knowing it….BUT they are telling me this on the hour every hour so i KNOW that I am NOT spreading it as i dont have symptoms as declared by dr Twat Fraudci last year

well they stop singing going out They left the job centers open whilst thye stop people working
why stop at Hearing Loss, Tinnitus & Vertigo why not say having no symptoms means you can have it ow they did.

Last edited 1 year ago by ame
1

I’ve had tinnitus throughout life since childhood. I cannot abide the lies. Ever have that feeling when someone is lying or repeating a lie and you just want to smash their face?

i too have had it since i can remember, but this is a relief that they have ONLY NOW linked it to a mystery disease noone has isolated yet everyone is being tested for. I can sleep happy now the buzzing is just a fictitious disease 🙂

A friend of mine has had Tinnitus since childhood. She now works for the NHS and the condition is getting worse with wearing a mask all day at work. She’s complained about it to her GP and her head nurses, but they deny it’s worsened by the mask. She’s had 2 months off sick with full pay and has now returned to working half a day, but they still won’t let her take her mask off while wearing her NHS uniform.
Just wondering if it’s likely that Tinnitus can be caused by prolonged mask wearing?

In a near future a “Medical Science” Encyclopedia will be printed with one sheet inside only. That one sheet will have listed just ONE “disease” that would replace the current list of illnesses.

Drum roll …And the Winner is …. yeah, got that right, it’s COVID folks, COVID !

Spanish flu was caused by the CONvid you know. read it on the internet somewhere. And the Black Death

It’s nice that they’re FINALLY acknowledging the devastating effects of post viral syndrome. People have suffered for decades with the label “hypochondriac” because of pvs, doctors sending them for aimless BASIC useless blood tests, then shoving them on antidepressants for no reason because their basic tests said “no”. But now all of a sudden it’s real and only those people who caught viruses in the last year are allowed to have pvs. By the way, ear issues/inflammation are also symptoms of vaccine injury

These scientists should get out of their comfort zone by Independently starting to comply a list of the side effects from real people from around the World or by Region who have taken the convid (false) vaccines. They should sub categories the symtoms into three – mild, medium and high and list its side effects according to the severity along with the number of percentage of people getting those side effects (next to it)

The study should be carried out with the Tax Payers Money with no financial Initiatives or Influence from any outside Corporation or Foundation.
Come on Universities/Scientists show some backbone and show the world your worth by producing real Independent results!

The only solace I can find is the fact that life will suck just as bad for all these doctors and nurses as well. They are helping dig their own damn grave.

Don’t know whether to laugh or cry!

What we do know though, someone high up is definitely having a good old laugh at our expense!!

At my age I have major joint problems and arthritis throughout my body and suffered a heart attack 4 years ago but have always worked hard at a good immune system, not a pill taker and never give up. However I can get all number of things on a daily basis but I am certain that if I got FLU (sorry covid) I would know about it. Never worn a mask will never be tested and will not let them stick mRNA crap into me.

If people are going to live their lives in fear then they are sad people as they are the ones getting tested and jabbed etc and just prolonging this madness, and about time they woke up.

Thanks for the suggestion but all under control, I have a fantastic researcher in my wife and we dealt with things in a good way, only take 75mg Aspirin a day.

Good friend of mine had Vertigo and Dizziness a few weeks (not sure exact dates) after the jab, first time she has had these symptoms in her life (in her 60’s)

Coincidentally, my mum had inner ear problems, with related vertigo and dizziness.
After having her jab.