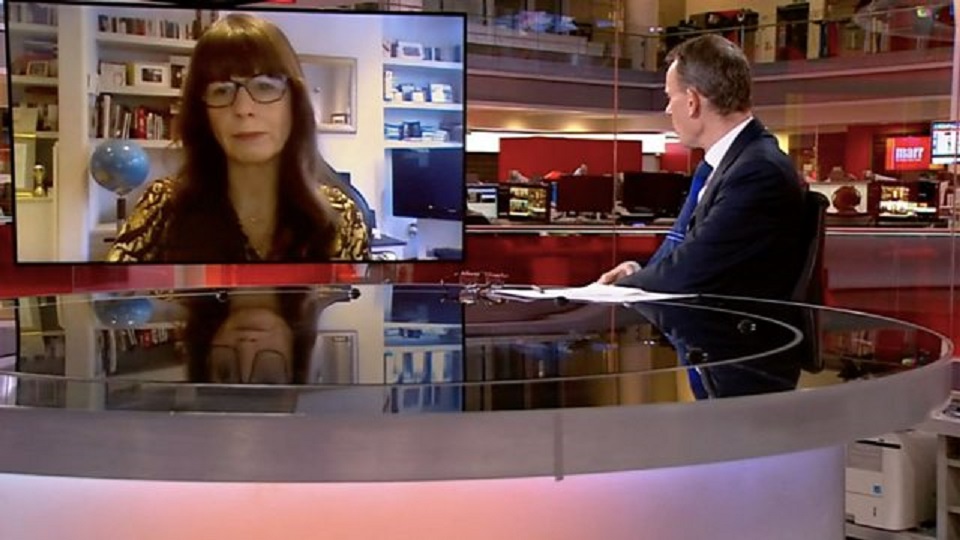 Public Health England’s Dr. Susan Hopkins warned yesterday, that coronavirus variants and the return of the flu, may lead to a difficult Autumn. The SAGE member was speaking on the BBC’s Andrew Marr Show.

Hopkins claimed that the population may have less immunity to traditional respiratory illnesses like the flu because coronavirus has been the only game in town this past year. She told Marr:

Did the intrepid Andrew Marr ask her how is it possible that we have had “no respiratory diseases of any other type” in the last year? Of course not. Marr isn’t a journalist. He’s a propagandist. 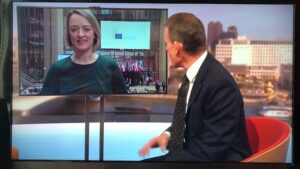 “It’s really important that we’re prepared from the NHS point of view, from public health and contact tracing, that we have everything ready to prepare for a difficult autumn.”

A nodding dog would have done a better job than Marr. He really is hopeless. Susan Hopkins was there for the taking. By the time I’d finished with her, she wouldn’t watch television ever again, let alone appear on it.

Is Hopkins and the government getting their retaliation in first here? Are they anticipating a surge in respiratory infections caused by the mRNA gene therapy drugs? It’s very possible. I can’t say as I am not qualified to do so, but some very learned men and women have mooted that possibility.

The “vaccines” are already causing real harm. See http://www.vernoncoleman.org for an up to date list of adverse events caused by the covid jabs.

It is preposterous and insulting, that a government scientist can go on national television and claim that we have had nothing but Covid for a year. No flu, no chest infections, no bronchitis, nada, niente, zilch. How could Marr not ask her if everything else was simply being misdiagnosed as coronavirus?

The hoax hangs by a thread. It could be all over in a day, if Marr or Laura Kuenssberg had the courage to end it.

Richie Allen is the host of The Richie Allen Radio show, Europe's most listened to independent radio show and is a passionate supporter of free speech. He lives in Salford with the future Mrs Allen and their two dogs.
All Posts
5 6 votes
Article Rating
Subscribe
Login
Please login to comment
11 Comments
Inline Feedbacks
View all comments

Even if the nodding dogs woke up and started asking questions nothing would really change. They will simply be suspended and the next propagandist will have another expert on within hours..
This scam has gone way too far I can’t see a way out… 😡😤

Agree with you on not being able to see a way out, we are kidding ourselves on if we think this ends well. Can anyone realistically see gates and all the other criminals behind this being rounded up tried and executed it’s never going to happen, look at the way the police are acting, does anyone think they are going to change, no chance they are going to get worse, they will round the anti vaxxers up and put them in camps without blinking, can anyone see johnson and his pals being arrested, tried and executed for their crimes, again it’s never going to happen, throw in the vast amount of the general public probably over 90% in my opinion who refuse to engage their brain, use common sense and see this for the scam it is, no way this ends, it ends when they have accomplished their goals, that will take a few years to do, in the meantime we just have to get by the best we can.

Let me get this right. Is she saying that they need to have more lockdowns and others measures because the previous lockdowns and other measures have made people less immune to other respiratory diseases which just went into hiding for the past year? I need to lie down in a darkened room because my brain hurts.

Richie forgot to mention that Hopkins claimed in the same interview that the lateral flow test which is being forced onto our kids and grandkids is more than 99% accurate! She absolutely knows that she is lying but she has no shame. How do these people sleep at night? Marr knows she is lying but he is completely hapless.

HUMANITY is so dumbed down at this point if they can’t understand or question at this point they never will. I live in Roscommon in Ireland, I go to the village every week for my shopping I am the ONLY ONE NOT WEARING A MASK, I moved here from Essex 9 years ago, beautiful place my house is facing the Shannon River, there is no eye contact, people are hunched over looking at the ground wearing the mask is literally taking their spiritually and SOUL from them.. I can’t bear to look at them anymore or be around them

Hang in there. Don’t let them suck you into their low vibrational egregore. Each egregore has its own frequency. By building positive thoughts despite anything your egregore would have higher frequencies. It’s the only way (besides not wearing masks and other insanities) to withstand from their electro-magnetic fields. It’s all about frequencies … 🙂

Hello Rocky from Sligo, similar here, Sligo is like the land of the living dead! Keep your light shining. There are a few of us that do not consent here.

I’m totally expecting minor illnesses to absolutely floor people in the near future because they’re depriving themselves of essential contact with germs, colds, lurgies, breathing in strangers’ air.

Double masking is also going to increase the likelihood of bacterial pneumonia, which again will be recorded as Covid through the faulty PCR test – and without the correct treatment (ie, antibiotics) those people could die.