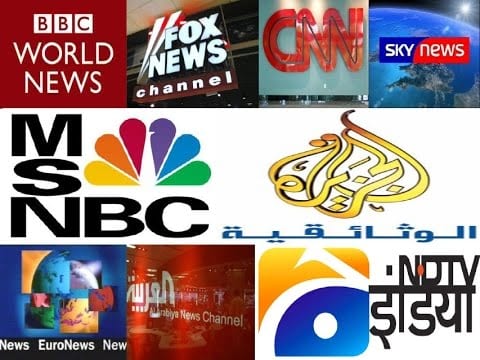 How 24 Hour Cable News Channels Replaced The Daytime Soaps In Your Homes And Why.

I’ll make this brief but I wanted to get it on the record. I began talking about this on the show around eighteen months ago. I won’t call it a Eureka moment, I’m not nearly that arrogant, but it’s a concept that has never been considered before. It has kept me up nights since it occurred to me. I did a couple of specials on it, they’re on The RA Show YouTube channel if you want to dig them out. I also posted a long winded piece to Facebook. If I was back in university I’d do a dissertation on it.

What Richie what!?! Okay, time is pressing. It came to me about two years ago. I was out and about with the oft mentioned but never equalled future Mrs. Allen. Twas a Saturday afternoon and we were in Manchester. As we moved from shop to bar, shop to bar, to restaurant and back to bar it dawned on me. Everywhere we had been, everywhere mind, had a television and I do mean everywhere. Every bar, every shopping mall and every gym we passed had the TV on and they were all tuned to SKY News or BBC News 24. 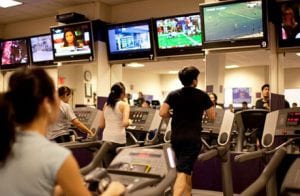 And it hit me like a slap in the face. I remembered that whenever I go to a friends place or any home for any reason, there is a cable news channel on in the background. Usually, it is muted or very low in the background, but it is there, omnipresent. It is quite eerie when you think about it long enough.

Afternoon soaps are a distant memory, you had them in the US, we had them in the UK and Ireland. Gone. Gone and replaced by 24 hour news channels, channels that if you pay attention to them for 5 minutes, do everything but the news. They are not presenting news. They are however, very very effective at what it is they are there to do. 24 hour TV news channels are a daily serial drama, drama disguised as news and current affairs, presented in a very clever way, to keep you watching, to ensure you keep it switched on. I believe that these channels are the elites response to a global population that had grown steadily weary and wary of politicians, globalism, the banking cartels and war. For me, it’s no coincidence that while there were some cable news channels operating in the US before the collapse of the Berlin Wall, it was after the cold war ended that we saw more and more of these channels springing up in Europe and elsewhere.

I believe that this was a direct result of the simmering anger growing in us, the great unwashed, at the lies we had been told about Russia and being kept in fear of nuclear annihilation for nearly fifty years, fear based on lies. People were fed up, people were looking for the answers to the big questions elsewhere. Political parties, politicians and politics generally were anathema. The elites couldn’t rely solely on the national broadsheets and tabloids to control our perception any more and the internet was just around the corner. They knew the world wide web was a massive threat, or at least it would be in its infant years, so they acted. 24 hour news channels started cropping up all over the world, subsidiaries of Disney, Warner, General Electric, FOX and the rest. It can be argued and that’s all I can do is make an argument, that these channels were launched with the vision that they would become what they are today, subtle programming outlets, on in every home and every public building, as Huxley and Orwell predicted.

Their greatest achievment has been to re-engage people with politics and with public life. This is achieved by making us part of the daily drama, making us feel we are involved, that we are an important part of the stories they tell. This is never more apparent than when there is a terrorist attack in a European city. Every major news anchor rushes to the scene, whether it be Paris, Manchester, Munich or London. Everything else is dropped and for 72 hours. (it is very very scientific) we get non-stop coverage of the event. The presenter stands there stoically, looking sombre and thoughtful. This is part of the act. Witnesses are interviewed. Bucketloads of Pathos are flying around. We’re told about the heroism of the first responders and the heroism of members of the public, politicians line up to repeat over and over again that “they”, whoever they are, will never win and that our shared values will triumph. It’s strikingly similar to watching an episode of “24.” 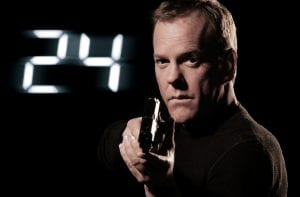 Hmmm, that was a FOX show wasn’t it? Why do I say it’s like “24?” Well, I say that because people find themselves switching on at the top of every hour for 3-4 days, to see the latest. It’s a countdown. Will the bombers be caught? They found the passport, where is the guy!?! Are there others? How many are dead now? I personally believe, that when these attacks happen, people are not satisfied unless the death toll is massive. Better give them what they want then eh?

I’ve witnessed the public reaction to this first hand. They eat it up.  They take to social media to change their profiles to read Je Suis Paris or We Love Manchester. They talk about how awful it is and lament as to why people could do something so unspeakable. Absent in all of this is journalism. How did it happen? Where did ISIS come from? What did the security forces know? “Why do we arm lunatic jihadists? Isn’t the migrant crisis our fault? None of that. It’s a 24 hour soap opera masquerading as news. The presenters, Burley, Snow, Bruce and all the rest are a disgrace to journalism

That’s just one example of what these omnipresent networks do. I could turn this into a 20,000 word dissertation, but I won’t. They have taken over our lives. A bit melodramatic? Well, I can’t remember the old marketing stats about McDonald’s and Coca-Cola. Remember? Something like you’re never less than a mile from McDonald’s and a few metres from a Coca-Cola product? Cable news surely trumps that. I’d hazard a guess that we are never more than a few feet from a TV featuring SKY, the BBC or any other 24 news station. And of course the soap opera that is Trump, The Russians, Hillary and the FBI was tailor made for these channels eh? 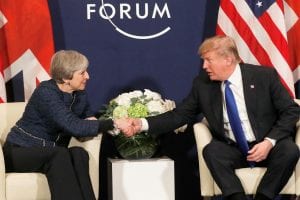 You’d be forgiven for thinking that The Trump phenomenon has been scripted whether some of the players are aware of it or not. I believe it has been scripted and have said as much on the radio show.  Funnily enough, as I type this, Sky News is chairing a debate from The World Economic Forum in Davos, Switzerland, between two talking heads who are arguing about whether or not the US/UK relationship is “special” any more. Are people falling for this nonsense? Sadly the answer is yes, they are.

You might think that what I have written is a load of old bollox. Good enough, it’s a stretch for sure. But I am convinced of it. There was an agenda to marry daily serial drama with news and this is the result. What’s the result Rich? The result is that people have never (in my lifetime) been more engaged with politics and with news than they are now. They are addicted to these channels, it’s unthinkable to not have one on in the background, I mean you don’t want to miss the breaking news of the next terror attack right?