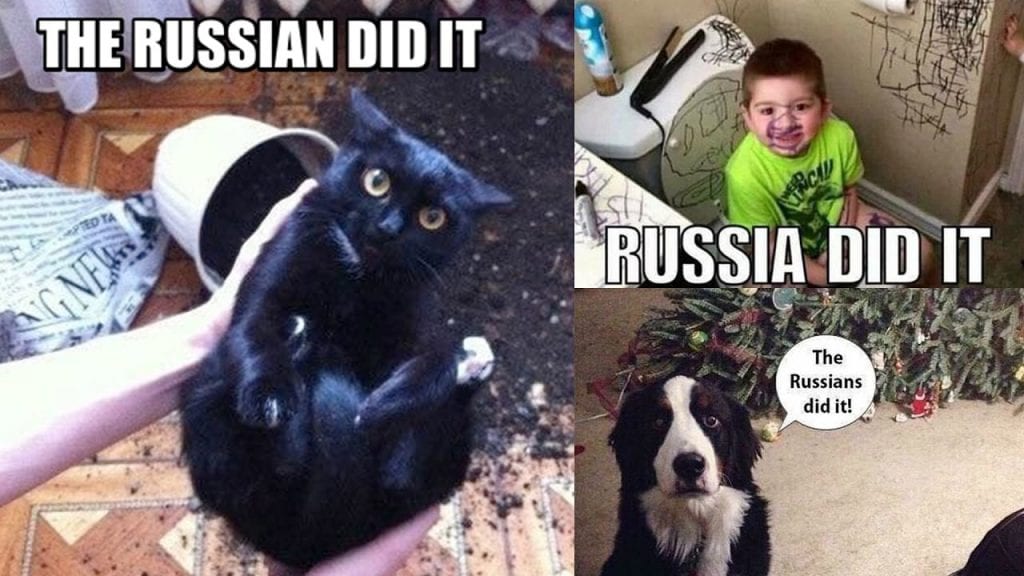 I Can Screw Up Anything At Anytime. I’ll Just Say Russia Did It!

Gavin Williamson is the UK’s defence secretary. He’s a moron. That’s not news, he’s the latest in a long line of morons to hold the job. He’s been writing in The Daily Telegraph newspaper today. He’s worried you see and we should be worried too. The Russians, Williamson claims, have been spying on our energy supplies. Jesus! The bastards! Wait a minute, what do you mean spying on our energy supplies? Does the KGB have undercover agents in British Gas, Scottish Power and E.ON? What’s going on?  Well it turns out that the UK has four undersea connections for electricity linked to Europe and a further four for gas to bring energy into the country. Williamson claims, that Russia has been researching these types of connections and would be willing to take the sort of action that “any other nation would see as completely unacceptable“. What type of action? Tell us! Quick! 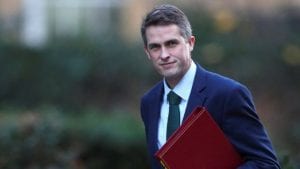 Williamson said “The plan for the Russians won’t be for landing craft to appear in the South Bay in Scarborough, and off Brighton beach. They are going to be thinking, ‘how can we just cause so much pain to Britain? Damage its economy, rip its infrastructure apart, actually cause thousands and thousands and thousands of deaths, but actually have an element of creating total chaos within the country.” Really? How does Williamson know this? He can’t tell us. National security dear boy. He has intelligence you see. Not him, he’s as thick as a plank, but he has the word of the intelligence agencies and the National Cyber Security Centre. So it must be true.

With nothing better to do, the Russians are filling time by planning to kill a few thousand OAP’s by switching off their heating during a cold snap. Are we supposed to believe that? Where’s the proof? The intelligence comes from the same muppets who said Saddam had weapons of mass destruction and the same muppets who seem to know everything there is to know about UK Jihadists, but not enough to stop them killing 22 (mostly kids) people at a concert in Manchester. The intelligence agencies couldn’t find their arses with both hands and a map. And we’re never allowed to see the intelligence of course, we just have to take their words for it. Aren’t journalists such whores, for just repeating this shit and not challenging it even one time? 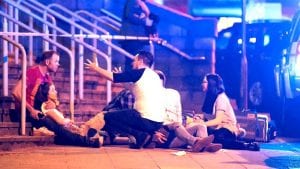 The UK wing of the Military Industrial Complex is not happy. The Chancellor of the Exchequer Philip Hammond has indicated that the defence budget will have to be cut, along with everything else. How convenient then, that all of this intelligence emerges about Russian plans to wreck the country using Cyber Warfare. It’s a load of old monumental bollox. In the same week, the International Olympic Committee confirmed that despite over 400 Russian athletes proving themselves to be clean, the country would be banned from the forthcoming winter games. The Russians can compete, but under a neutral banner. Why? Well, the IOC says, that as long as there is any doubt about a country’s anti-doping systems, the country will be banned. Proof doesn’t matter anymore. This is a post fact world, indeed it’s a post truth world. The Zonist/Neocon cabal are telling the same lies today, that they have been telling for generations. “The Russians have been busy busy busy” Donald Rumsfeld famously said back in 1976, when he was Gerald Ford’s Defence Secretary. Rumsfeld was lying about Russian intentions then, just as the UK’s Williamson is doing today. The CIA later proved that Rumsfeld was lying, yet he would go on to have a stellar career and hold the same job in the baby Bush government. 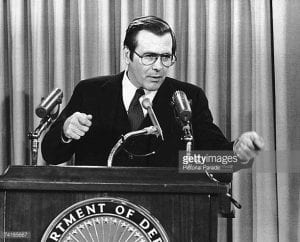 We’re still being told today that, “The Russians are busy.”  We have been told that, they elected Donald Trump, they fixed The Brexit referendum, they’ve thrown elections all over Europe and that they’ve rigged international athletic competitions through a state sponsored doping programme. Now we are being told that they want to use their brightest nerds, to collapse the UK’s infrastructure and send us back to the stone age. Absent in all of this, is any proof. There is none because it just aint’ true. Surrounded by NATO bases (betrayal of a major promise after the wall fell) and seeing the Victoria Nuland orchestrated coup in Ukraine, Russia rightly supported the Assad government in Syria and threw a massive spanner in the cabal’s plans for the Middle East. The Zionist/Neocon madmen can’t justify a military engagement with Russia (even though they really want one) right now, so the propaganda war is raging. Don’t believe them.