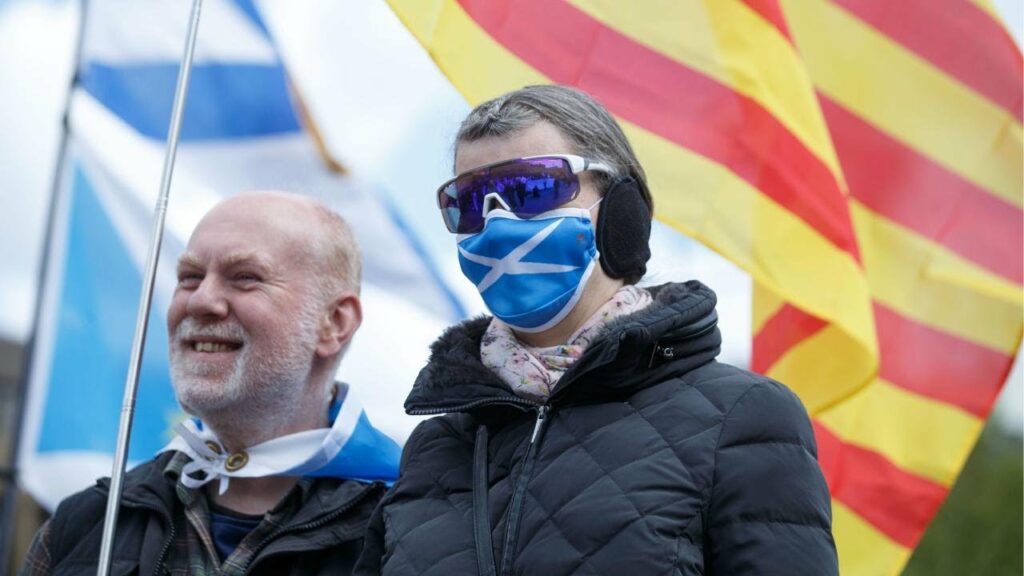 A think tank has claimed that Iran is using online specialists to try and influence the outcome of this weeks Scottish election. The Henry Jackson Society produced a report yesterday, that claims Tehran is using fake social media accounts to break up the UK.

The think tank offers no proof mind, but it doesn’t matter. This morning, the nation’s presstitutes are repeating the baseless claims as if they are fact. Nobody is asking for evidence. Heaven forbid someone should actually do their job.

The report states that Iran has “put considerable effort into developing its political relationships with Scottish political elites who advocate independence.” Does it name these elites? Of course not.

It also says that:

“Iran has shown itself to be a country which engages in Russian style disinformation campaigns, repeatedly establishing fake websites and internet accounts in an effort to disrupt the political systems of liberal democracies. 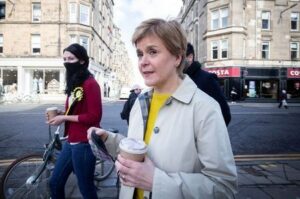 Judged within this context, Iran is almost certainly looking to disrupt our current elections, most likely those under way for the Scottish parliament.”

Once again, the report provides no evidence that Iran (or Russia for that matter), is using fake websites and accounts in an attempt to influence elections here or anywhere else.

This is one of the most pathetic and ridiculous stories that has ever crossed my desk. I had a good laugh at the line about Iran trying to “disrupt the political systems of liberal democracies.”

The UK is a liberal democracy is it? I’ve been listening to government ministers all weekend telling us that soon we’ll have permission to hug our parents and grandparents and meet our friends indoors.

On Sunday, I witnessed the Foreign Secretary Dominic Raab tell the BBC’s Andrew Marr that social distancing and face coverings will be with us for the foreseeable future. His government is about to introduce vaccine passports for work, international travel and for socialising.

His government also plans to vaccinate the nation’s children for an illness that is no danger to them whatsoever.

A liberal democracy? Give me a break.

Iran hasn’t raised so much as a finger against a neighbouring country in centuries. It’s preposterous to claim that Tehran is trying to interfere in the outcome of the Scottish election.

Think tanks and spooks can make any claims they like. It doesn’t matter how ridiculous. The media will just rinse and repeat.

Richie Allen is the host of The Richie Allen Radio show, Europe's most listened to independent radio show and is a passionate supporter of free speech. He lives in Salford with the future Mrs Allen and their two dogs.
All Posts
5 3 votes
Article Rating
Subscribe
Login
Please login to comment
12 Comments
Inline Feedbacks
View all comments

It’s not a ransom if it’s your own money…

The drums of war are starting to beat. The media are stirring up the Fear of war. And it’s entirely possible it will happen. After all, nations can only Build Back Better if the old is first destroyed; survivors will be left with nothing, but be happy to be alive; and war is an excellent depopulation tool.
According to the Book of Revelation, the Horseman of Pestilence comes first (Gates); the Horseman of Famine second (Soros); and the Horseman of War third (Kissinger has just come out of the shadows).
It’s also entirely possible that I am way off the mark.

Plus it will provide the option for them to run for cover if the backlash gains momentum and will have the advantage of further advancing the eugenics programme.

Put in the minds of the general public that Iran and Muslims are ones we should all fear.
Plan B or C if the Covid plan starts to come unstuck could be to blame the Muslims for unleashing a Bio Weapon which is what Billy Gates has said in a number of his “Presentations”
A handy scapegoat indeed.

Last edited 5 days ago by Jacob
4

another one.
WE GUARANTEE:
1,5 million € for a virologist who presents scientific proof of the existence of a corona virus, including documented control attempts of all steps taken in the proof.
You’re on!

P.S. A special message for anyone reading this page who already knows that COVID-19 is a hoax. Please share this page with any of your friends who still believes in the Santa Claus Virus. Ask them to get their proof together and contact us through our social media pages.

The most prominent and high profile Scottish politician who knows a lot about Iran is George Galloway and he’s a staunch unionist.
In further news Bill and Melinda Gates are getting divorced. Maybe Satan didn’t like three people in the relationship 😎😎

I wonder will she grab the kids and run for the hills??

Or will he sacrifice them before she gets the chance!!

That last story is another smokescreen. Like Bezos and his wife, where a huge portion of his personal wealth went to her and with which she set up another Foundation. Ever increasing wealth requires more Foundations to legally launder the money through.
The divorce will just provide a convenient distraction.

On balance, I quite like George Galloway; he’s not frightened of being unpopular in parliament or with the general public in an order to nail his colours to the mast.

Just a shame that he will not go anywhere near to exposing the bankers control of the politicians and their fiat money system.