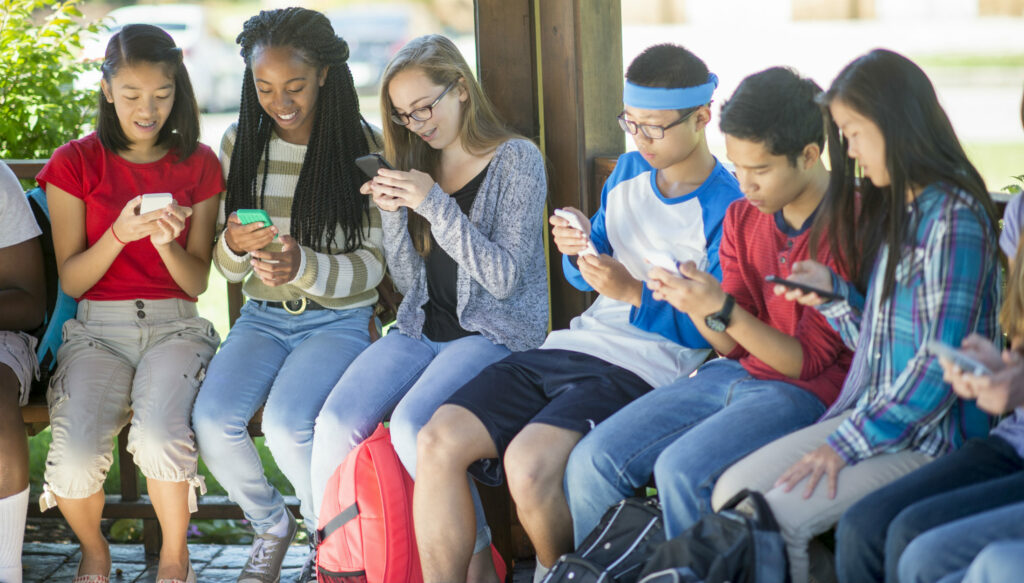 The Daily Mail is reporting today that there has been a a sudden upsurge of physical and vocal convulsions among teenagers, particularly girls. It’s been dubbed “ticcing.”

According to the NHS, tics are  repetitive muscle movements that result in sudden body jolts or involuntary sounds that are difficult to control. Common examples are blinking, grimacing, sudden jerks, and repetitive sounds or phrases.

However, in the wake of the pandemic, British clinicians are reporting a new kind of tic disorder that is far more extreme and comes on much more quickly. It is affecting teenagers and young adults, rather than children, and primarily strikes females.

The consensus among experts is that the condition may be a result of the psychological pressures of lockdown, with pandemic fear and climate change causing susceptible young people to ‘catch’ tics from social media influencers who expose their own symptoms online.

Dr Tammy Hedderly, a consultant paediatric neurologist at the Evelina London NHS Children’s Hospital, told Good Health: ‘We have at least doubled our referral rate for tics in the past few months, with more than 70 young girls being sent for professional help. It is a very concerning number.

‘As specialists, we’re seeing only the very severely affected cases, and it’s a small group of what could be much larger numbers.’

As well as appearing more in girls — and in a later age group than normally seen — the new tic condition’s symptoms are markedly different, says Dr Hedderly.

‘Normally tics have a gradual onset, but the new ones appear suddenly,’ she says. ‘These patients are typically presenting from the age of 13 to 15 with florid attacks that appear overnight.

‘And instead of being face and eye tics [such as twitching and eye rolling] they are full-body flailing movements and sometimes sudden-onset vocal tics, repetitive words and noises.’

Similar outbreaks are being reported by specialists in the United States, Germany, Denmark, France and Canada.

Last month, German psychiatrists sparked headlines by claiming that teenagers are ‘catching’ tics from social media sites such as TikTok and Instagram, where they watch influencers with Tourette’s syndrome (a disorder characterised by extreme tics and which, in rare cases, involves offensive or obscene utterances).

Kirsten Müller-Vahl is a professor of psychiatry at Hannover Medical School in Germany. She believes that the phenomenon should be labelled as a “mass social media-induced illness.”

She told The Daily Mail that Germany is seeing a similar outbreak of tics as to those reported in the UK.

Müller-Vahl claims that some followers of a social media influencer called Jans Timmerman, who has mild Tourette’s syndrome, have developed “similar or identical functional Tourette-like behaviours” to Timmerman’s.

His videos have been viewed hundreds of millions of times. Müller-Vahl claims that over the past two years, a “remarkably high number” of young patients have been referred to her Tourette’s clinic.

NHS experts have expressed scepticism at the claim that social media is to blame. Here’s a link to the full article:

Richie Allen is the host of The Richie Allen Radio show, Europe's most listened to independent radio show and is a passionate supporter of free speech. He lives in Salford with the future Mrs Allen and their two dogs.
All Posts
5 1 vote
Article Rating
Subscribe
Login
Please login to comment
10 Comments
Inline Feedbacks
View all comments

You must be asleep or in some waking dream if you havent seen how DRAMATICALLY the MEDIA has invaded and changed people thoughts, habits and other behaviour..as well as expectations, desires and DREAMS.

It IS the dream machine,an artificial reality known as THE SPECTACLE by the SITUATIONISTS and HYPER-REALITY by Jean Baudrillard the well known philosopher and sociologist.
and MAYA to the Wise.

It is an amazing tool to entrance,sublimate and condition the population,replacing VALID REALITY, with a consumer orientated perception management arena, based on fear and insecurity.

There are many reasons for these spasmic eruptions in girls, their mental states, environmental toxins via chemical and E/M impingements, as well as their diet- of food and ‘ideas’… most of which are pre-processed for them

People are certainly far less INDIVIDUALISTIC these days, and far more gullible to sink into a lower vibrational mob-mind feeding off fears & hysteria.

absolute load of rubbish I have ever heard, well if social media give you tics then watching a horror movie makes you a killer, is there nothing they won’t blame on the Internet????

”if social media give you tics then watching a horror movie makes you a killer”,
isn’t really a fair comparison is it?! 😊

Watching horror movies doesn’t usually ENCOURAGE people to become killers, but MAY WELL encourage them to relate to being a VICTIM !

Social Media DOES do plenty of neurological and psychological damage if ‘over consumed’, or of a sensitive disposition, this is a fact.
It also creates notable chemical imbalances and sociopathic disorders including prevalent and now epidemic narcissism . AND is intimately linked with the deterioration of peoples VISION.

BTW- I love a lot of horror movies (there are a lot of great ideas, effects, music and filmmaking ingenuity on a budget , in the best ones) – so this isn’t in anyway trying to get ANY of them banned .

Absolutely nothing to do with the vaccine rollout then. Just move along nothing to see lets just blame TicTok.

It makes me think of the latest Max Igan video where he describes the Satanic occultist worshpping “Travis Scott” concert at ‘Astroworld’ in Houston Texas on the 5th of November last.

Go to circa 22 mins and 45 secs to hear and see the description Max gives about what happened and what may have caused it..

Quite shocking and disturbing what occurred here on that night.

But my money’s with Max on this one and that the jabs and the ‘graphene’ are the route cause of these phenomena… (Tics included!!)

That one really did make me laugh. Was that really the best story they could come up with? We really are now living in a clown world.

I remember when they first rolled the vaccines out seeing videos of a number of women whose bodies were convulsed and they were jerking all the time.

from 2014-!
Hundreds of Colombian girls hospitalized after vaccinations – YouTube

Yeah, exactly, just like heart attacks and strokes among kids have become a normal occurance in the last few months, even though before that it
only happened a few times a year globally, if that, for the last few millennium.