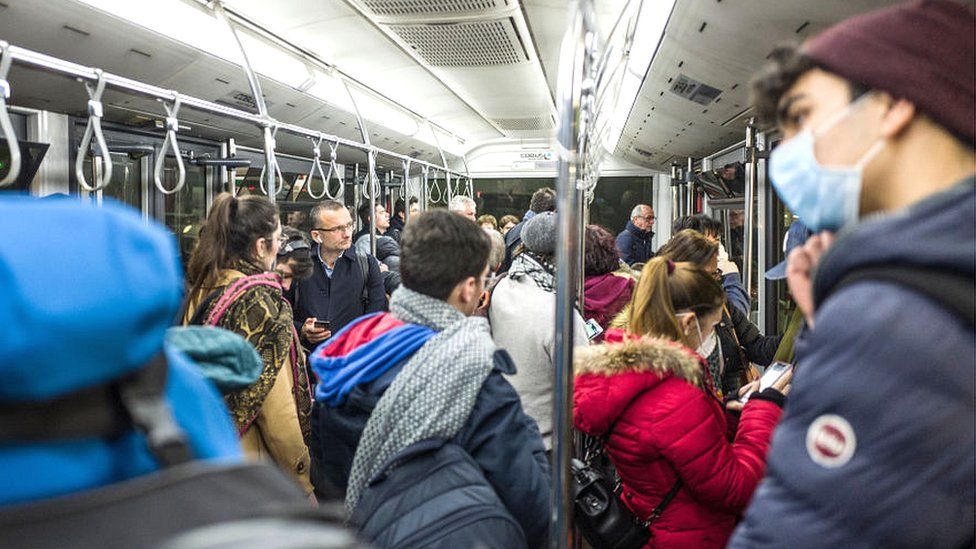 I’ve Absolutely No Obligation To The So-Called Vulnerable

The vulnerable are out in force this morning. Today is July 19th. It’s Freedom Day apparently. The government has removed the legal requirement to wear a mask and to maintain social distancing. The vulnerable are worried.

BBC Breakfast and SKY News have been speaking to vulnerable people this morning. These are people with various illnesses that have left them immunosuppressed. They’re not happy about opening up, at least the ones on tv and radio this morning.

One young woman who has aplastic anemia, told SKY’s Kay Burley that the removal of restrictions puts her in danger. She said that people who ditch their masks today, are selfish.

Last week, a man called in to LBC radio to say that his wife was recovering from cancer and that she was vulnerable. He said that as she needed to use the underground to commute, people should continue to wear face coverings on her behalf and on behalf of other vulnerable people.

I had a heated argument with a wheelchair-bound woman in May of last year. Don’t laugh. It wasn’t my finest hour. The woman has cerebral palsy. She works for a local company. I like her, but we got into it over lockdown.

As she saw it, I had a moral responsibility to stay indoors as much as I could tolerate, to lessen her chances of catching covid-19. She said that I was selfish and irresponsible for doing as I liked and not wearing a mask. 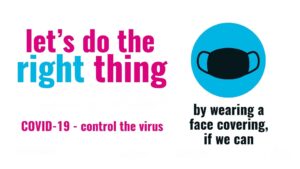 I asked her if she was prepared to engage in a bit of quid pro quo and help me pay my mortgage. She looked at me as if I’d gone mad. Game over. By the way, when I say heated, I don’t mean shouting and swearing. It was a robust exchange.

Funny that isn’t it? Those who are demanding that strangers turn their lives upside-down so that they can feel protected, most probably couldn’t give a shit about the people who live around them.

It’s crazy when you really think about it. How dare you ask people to commit financial suicide and incidentally, make themselves physically and mentally unwell, so that you can feel safe? How bloody dare you insist that people have a potentially deadly injection just because you can’t?

If you want to live in perpetual fear and choose to view your fellow citizens as biological weapons, then have at it. That’s your personal choice. But I won’t indulge your fantasy.

Neither will I commit self harm to assuage your irrational fears. I owe you nothing. I have no obligation to you whatsoever.

I’m a very good neighbour. My philosophy is do unto others as you would have them do unto you. I turn my music off at 8pm. I turn down the telly. Our dog is trained, meaning that she is quiet. I’m out and about at dawn, when most people are in bed. I don’t make a sound.

I do not engage in any activity that has a negative impact on others. I am selfless by nature.

But I will not wear a facemask in public, just in case there is an immunosuppressed person nearby. Nor will I confine myself to my home. That is preposterous. I accept no responsibility for your wellbeing whatsoever, the exception being when I am behind the wheel of my car.

If you’re unfortunate enough to be so ill that you are vulnerable to infection, you have my genuine sympathy. But tough shit Paddy. Those are the breaks. That’s life. You and you alone are responsible for your health. If you think it’s a bit too risky to go outside or jump on a train, you act accordingly. But don’t expect me to walk on eggshells for the rest of my life. It ain’t a rehearsal you know.

Richie Allen is the host of The Richie Allen Radio show, Europe's most listened to independent radio show and is a passionate supporter of free speech. He lives in Salford with the future Mrs Allen and their two dogs.
All Posts
5 18 votes
Article Rating
Login
Please login to comment
14 Comments
Inline Feedbacks
View all comments

Exactly Richie, we need to live our lives, for ourselves and our families, not for the comfort or approval or the so called safety of others. Screw that.

I have 2 young kids on the spectrum, my then 8 year old last year while under the ridiculous lockdown started self harming, arm biting and nipping into her skin out of sheer frustration, because she was out of her routine, as her School was closed. She was not the only kid doing this, some kids were going further and seriously hurting themselves. Lockdown for the ‘vulnerable’ people, keep the kids inside to save the ‘vulnerable’ wear a face nappy, social distance, tests your kids, dangerously mask up your kids, take an experimental dodgy ‘vaccine’ not for yourself BUT because the ‘vulnerable’ should be protected at ALL costs, sod your families, sod your kids, we don’t care about your mental health, we don’t care about your jobs or businesses or your sanity. Don’t be soooooo selfish, your first priority should be the ‘vulnerable’ bla, bla,bla.

I am getting mighty sick of being guilt tripped into protecting the vulnerable, I would not expect strangers to put themselves out for my kids, that’s my responsibility, & we coped and got through it on our own, that’s life, just need to get on with it. So why the hell should they STILL be expecting our lives to revolve around the so-called ‘vulnerable’, enough already.

What did the vulnerable do before covid?
That’s right, they were given advice on the risks and how they could protect themselves.They were never promised a wholesale change in society and neither did they expect it.

I find many of their bleatings currently go beyond selfish, wishing to deprive anyone else of a life. Bet the majority of them never gave a thought to those in the vulnerable category until it affected them.
There again an expectation given to them by the Government. Another demonstration as to how quickly one’s attitudes can be changed.

Last edited 1 year ago by Brenda
4

No-one gets through life without having something wrong with them, that’s how it is. The people who are in effect saying I am suffering so you should are the selfish ones. I would not expect anyone to give up their freedom because of any problems I have and I don’t see why they should expect that I should for them. Here in Ireland we still have the mask mandate, they won’t give that one up lightly.

Wish people would write messages on the outside of their masks highlighting the scam then they wouldn’t be such a valid tool in the hoax.

Excellent idea. It’d be waaaay to ironic for those who choose to wear face nappies though.

As I said before. Your rights start and stop where someone-else’s start and stop. SO a vulnerable person has evry right to ASK you to wear a mask but not the right to INSIST you wear a mask. End of. I personally would not wear one even if asked in the current circumstances, for the reasons so well expounded by Richie and many others in recent months

As an immunosuppressed person (Crohn’s). I expect nothing from anyone. In fact given that I have researched the virus and it’s case fatality rate I am perfectly comfortable with no masks or social distancing. I still won’t wear a mask. Nor take the shot. Most likely if I got it I’d beat it naturally. If not I have HCQ and Ivermectin on hand.

Last edited 1 year ago by WoodvaleWarrior
19

Craig, you can add me to that list – I feel I am becoming a victim of ‘victim hood’!!

Brilliant piece Richie, and spot on..

Ties in rather nicely with the heavily biased ‘self identification’ and ‘lived experience’ arguments, doesn’t it?
Funny that.

what i found ridiculous is supermarkets are now saying something along the lines of “we are encouraging all people to continue to wear a mask” so we are in a situation again where the nature of the law means nothing as apparently any business can still demand it anyway, i feel really sorry for the poor staff wearing these for hrs per shift per day, i hope any staff in the future take legal action against their employers if they suffer any health implications from constant mask wearing.

Last edited 1 year ago by Patrice
13