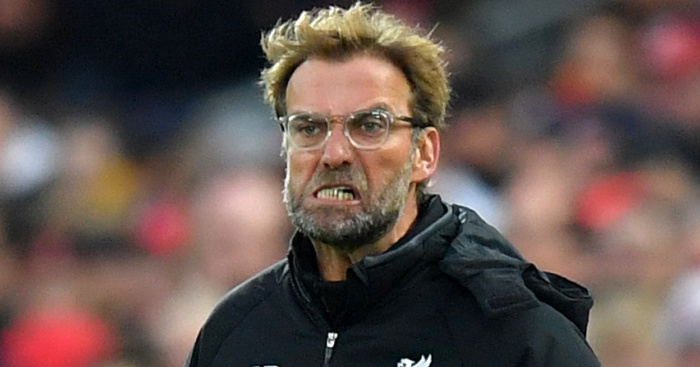 Jurgen Klopp Is A Nazi – Who Knew?

It Was mid-October 2015. My better half, the oft-mentioned El Froggo Tremendo, myself and our faithful canine chum Jazz, were strolling through Liverpool city centre. It was Saturday afternoon. It felt like an Indian Summer. It was lovely. God, I miss days like those.

A group of people were walking towards us. They filled the street. A couple of them were holding cameras. I recognised one of them. I nudged the future Mrs. Allen. “I think that’s Jurgen Klopp”, I said.

It was. A few days earlier, Klopp who had recently managed Borussia Dortmund, had been announced as Liverpool’s new manager. He was replacing Brendan Rodgers, who had done well and nearly won the premier league. Nearly is never in soccer.

Anyway, the entourage was suddenly upon us. Everyone was speaking German. It looked like a German television station was doing a feature on Klopp. There were a few fans butting in, eager to shake the hand of the new manager, which was exactly what the film crew wanted.

Next thing I know, the bearded and bespectacled German coach is standing right in front of me, arm outstretched. I looked at El Froggo. I looked at Klopp and said, and I swear it’s true, “If you had a bit more patience Jurgen, you’d have gotten a real job 30 miles down the M62.”

I mean, he could have laughed and said “ah you’re a United fan yes? I look forward to how you say, knocking you off your perch?” That would have been funny for two reasons.

Firstly, back in 1986, a young (ish) Alex Ferguson, after taking control of United, said that his ambition was to knock Liverpool off their perch. He put it more colourfully. Secondly, Man City had beaten Klopp to it.

Klopp pulled his hand back, swore at me in German and moved on. A scouser asked me what had I said to annoy him. I said that I told him I was shagging his baby sister.

An hour later, Caroline and I were eating frogs legs in a French bistro. Our waitress was lovely. We told her we had met Klopp. She said he had gone on a one-man pub crawl the previous night and was buying drinks for Liverpool AND Everton fans in the city’s sports bars.

I said to the missus, “This guy’s a feckin eejit and obviously a megalomaniac. He won’t last pissing time.”

As usual, I was wrong.

I was wrong when I said that he wouldn’t last pissing time. Klopp transformed our great rivals into a brilliant football team and led them to their first league title in 30 years.

But he is a feckin eejit. In fact, he’s a feckin Nazi.

Klopp has morphed into a one-man crusader for mandatory vaccination. This week, he’s written in Liverpool’s programme notes to warn fans of the dangers of antivaxxers and misinformation. He has called for Manchester United and other clubs where there have been recent covid outbreaks, to name and shame the players who have turned down the offer of a jab.

He declared that he will not sign unvaccinated players in the future, saying that players who have not been jabbed are “a constant threat for all of us.” He said the vaccine is “influential” whatever that means.

Fuck off Jurgen, preferably back to the motherland. Your compatriots can’t get enough of lockdown and mandatory jabs. You’ll be better off there.

Liverpool fans might say, “Well of course you want to see the back of him Richie. It’ll suit your team!”

In better times, they’d have been right. It has nothing to do with that.

Average men don’t breathe in such rarefied air, nor do idiots. Klopp must be aware that athletes are dropping like flies all over the world. He must know, or suspect, that the collapses are linked to the jabs.

What manner of man is he then, to call for the mandating of dangerous and unnecessary medicines?

He’s a Nazi. That’s the manner of man he is.

Richie Allen is the host of The Richie Allen Radio show, Europe's most listened to independent radio show and is a passionate supporter of free speech. He lives in Salford with the future Mrs Allen and their two dogs.
All Posts
5 11 votes
Article Rating
Subscribe
Login
Please login to comment
23 Comments
Inline Feedbacks
View all comments

So calling him a nazi because you don’t agree with his views is promoting free speech??
Just a big echo chamber here where you all reinforce your views…FFS WAKE UP!!

Either a Nazi or an Alien..

Are you seeing it?? 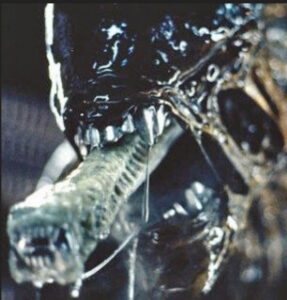 I wonder if he has been ‘got at’? A year ago he wasn’t bothered about the mask waring or shaking hands. Now he is talking bollox. He should stick to managing Liverpool FC and leave the propaganda to the normal media outlets

How is it that millionaires and billionaires support the tyranny, surely you would think that they would feel free to speak their mind as they have enough money to disappear and live comfortably out of the Matrix. well they are bought and paid front men/women for the agenda and I would go as far as they are compromised when they take part in the initiation. Klopp is one you can see it and he will do what they tell him. There is no way a club like Liverpool will vax all it’s players with the real jabber juice at best it would be the placebo, why do you think salah is stalling on signing. Do you really think that football players in the prem de la prem have not seen or heard of all the lower league incidents of players collapsing, even Sergio Aguero all time prem scorer had to retire after his collapse. klop is a liar and he knows the risks but he knows that his masters are more dangerous than the truth.

When it comes to vaccinations, Klopp should keep his mouth shut. He’s not a doctor. Likewise, when it comes to Liverpool Football Club, bog Irish Man U fans should also stfu. Don’t Waterford have a football club?

Kenny Dalglish became the front for VSTE and their V-PASS back in April 2020, https://www.globenewswire.com/news-release/2020/11/13/2126241/0/en/Sir-Kenny-Dalglish-MBE-Appointed-Global-Sporting-Ambassador-to-British-Cyber-Technology-Company.html

dalglish is a money whore, who would promote any product that pays him, a scumbag in my opinion.

Last edited 1 month ago by martin
5

it does make you wonder about klopp, yes he is fully entitled to his opinion, but, it does seem that he is overly willing to promote the jab for it to be authentic, is he for example being incentivised to do so by say business or industry?

I’ve said this before in the comments section here. Klopp needs to keep his thoughts to himself and perhaps listen to the opinion of others who are well aware of the dangers of these jabs (and who are well qualified to speak out) but who are banned and blocked from most mainstream and social media. I’m a liverpool fan, but Klopp is a disgrace in this regard.

Thought his spitting image puppet was funny. Loses a lot of finals though, something the great fergie never had a problem with. Think his mother was put down as a covid death last year, probably murdered by the state, don’t think he could go to Germany for the funeral because of the covid scam. By the way Richie you are wrong about him getting a job over Manchester way, Gary Neville would never have gave him the Salford job

These Are The Damned Or Stuart For Short(@thesearethedamned)

As a Liverpool fan I’m disappointed by this, Richie is right he’s a Nazi, but still better than bring associated with Man Utd 😂

Is he a member of the club?

Exactly!! They are idiots if they do!!

Hitler was against mandatory vaccinations…

Saw the recent interview with Klopp the clot. Comparing asking people’s vax status with asking a taxi driver if he’s been drinking.
Just another of the many Compliant slaves. Or a shill promoting the hoax.

Life time lfc fan and a lover off Jurgen. Honestly cannot believe his stance regarding the jabs. He should like all other mangers be refusing thier players take it until these heart incidents with players are looked into properly.
Shame on you Jurgen.

Angela like you love football, but every club, players, managers have been a fucking disgrace, they must know it is a scam, players being told they have a cold/flu without any symptoms, one guy in the football world questioned it, matt le Tissier, though retired he had a good job at sky, within weeks him and Phil Thompson and Charlie nick were paid off, they made it look like a changing of the guard, but in my opinion it was Matt le tiss who was the real target, by letting Phil and Charlie go they were only covering their tracks.

I watched this over the weekend Martin.
It’s very good and nice to hear him speak up.

Oh and I don’t know if you tuned into the snooker yesterday, but Ronnie won the World Grand Prix held in Coventry.
(It’s his first tournament win since the World Championship in 2020!)..

When he makes his speech, he pokes some fun at No.10 by saying that it was beginning to look like it in the auditorium (with all the masks!!)..

But he made a plea for no more lockdowns and said that we need to get on with it.

Fair play to him for that!!

I believe Peter Ebdon is scheduled for a chat with Richie this week..

So, I’m looking forward to that!!

I can’t wait in fact… I’ve lots of time for Peter.
A great ambassador for his sport!!