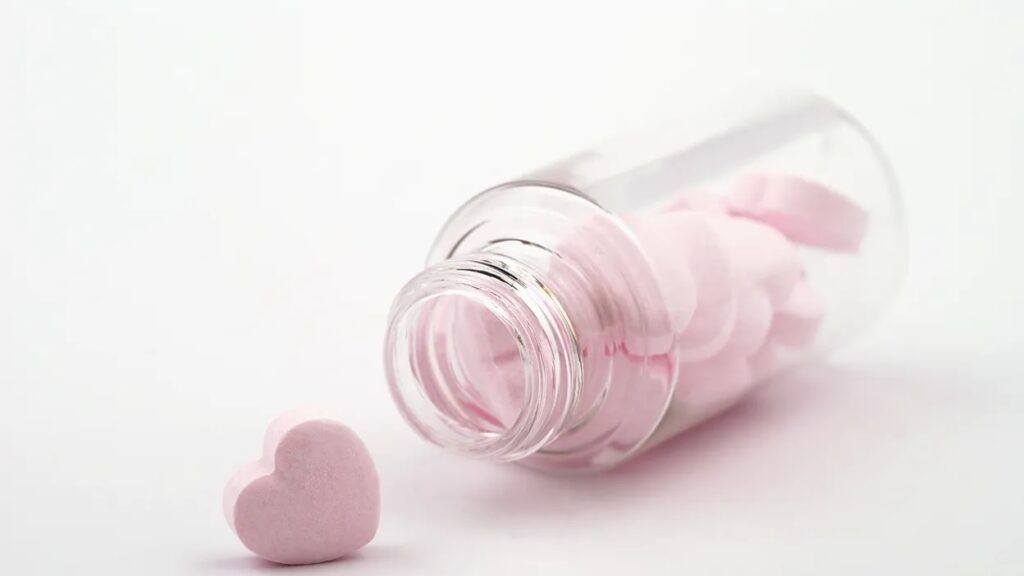 An Oxford scientist has claimed that couples receiving counselling could soon be offered drugs to help put the romance back in their relationship.

Love drugs are “on the horizon”, according to an Oxford University academic — who says we now know enough about the neurochemistry of love to “enhance your abilities to find love or to . . . stay in love when it is getting a bit tricky”.

Dr Anna Machin, an evolutionary anthropologist and author of Why We Love, said the pharmacology of attraction was on the “frontiers of love research” and she expected to see the use of drugs in couples’ therapy within five years.

Already, there are signs that drugs could play a role in saving marriages. This year, a paper found taking MDMA, or ecstasy, could help someone feel closer to their spouse — possibly because it helps release the chemical serotonin, promoting empathy.

Machin told the Cheltenham Science Festival she thinks this means MDMA could help people see the world from their partner’s view, instead of fixating on raised toilet seats and idiosyncratic toothpaste squeezing techniques.

This is just one of the chemicals of interest. Although its effects are complex, researchers believe oxytocin helps in the initial stages of falling in love and in approaching potential partners.

Machin said she expected within a decade “people to squirt oxytocin up their nose before they go out on a Saturday night, at the same time as having a glass of prosecco”.

While it may help in the early stage of a relationship, later on different chemicals kick in, including dopamine and beta endorphin — which is effectively an opioid. “It is heroin but it is produced by your body and it is powerful enough to underpin your relationships in the long-term because, just like heroin, it is addictive,” she said.

David Nutt, professor of neuropsychopharmacology at Imperial College, said that while the potential of some of the drug approaches was more speculative, he expects to see the use of MDMA relatively soon.

“MDMA was widely used in the 1970s by couples counsellors in the USA to help people put their marriages back together — with anecdotal good outcomes,” he said. He said it was likely the drug would be licensed soon for the treatment of PTSD, and used off-label for marital therapy.

In 1998, psychiatrists George Greer and Requa Tolbert wrote in the Journal of Psychoactive Drugs, of their experience of conducting MDMA-enhanced therapeutic sessions with about 80 clients in the early1980’s.

Greer and Tolbert met the clients in their homes, where they administered a pure dose of between 77mg and 150mg of MDMA, with a 50mg booster if a client needed it later.

According to the psychiatrists, 90% of their clients benefited from MDMA-assisted psychotherapy, with reporting that they felt more love toward their partners and were better able to move beyond past pains and pointless grudges.

This is a blatant manipulation of our free will.

MDMA? Brave New World’s Soma to keep us all ‘happy’ and docile?

Do they mean Rohypnol? 😀

It never fails to amuse me when science catches up to ‘primitive superstition.
In this case what they are basically suggesting is a love potion.

After the story reported by Richie on the 2nd June about the health benefits of getting off our faces on alcohol, here we are again. As i wrote about then, drinking and psychotropic drugs are not a cure for unhappiness. They just temporarily block peoples problems out, and ultimately cause more problems. Damaging the delicate brain chemistry that enables us to think and reason. Taking people further away from the real world, as they hide from their problems.

People should forget about trying to improve the quality and lousy conditions in their lives. Forget about the further misery that has been inflicted upon them by tyranny the last two years. Lets all just drink ourselves into oblivion and take as many brain damaging drugs as possible.

Never mind Yoga, meditational processes, music, exercising to improve our quality of life and reduce stress. Or in the case of relationships, examining the issues that are at the heart of the problem, and sitting down and having a conversation over a nice meal. Forget all of that says the state, chemical dependency is the way forward. As it suits their agenda perfectly, whilst raking in yet more massive profits for the legal drug pushers.

Wise words of wisdom from The Fox. Our lives about being systematically destroyed, our quality of life getting worse with every year that passes. And the worst part: No effective opposition.

Thanks Adam, I know not everyone agrees with me , when iv said similar in the past to the above. But it is something that i feel strongly about. Also on the subject of it suiting the agenda. I often think about Brave New world and the Soma drug. Also the films Equilibrium and Equals which i highly recommend if you haven’t seen them. I still believe that the goal is to hook everyone up, something like the Borg in star trek. However i think they are continuing to push more psychotropics, as either a possible alternative for some people, or as an ”as well as situation”. Or perhaps they just want to do this in the interim period. I just have a very strong feeling, that this sort of thing is a trap that has been set, and not for our well being.

Ha ha ha oh dear now they can fix love with a drug. In the words of Roxy Music “Love is a drug” …… In my opinion pills for thrills are short term if there is no love there in the first place.