Child abuse interferes with and ultimately destroys a child's energy, their energetic flow and vibrational uniqueness. If the abuse persists for long enough the victim's energy flow will eventually be destroyed causing them to break down and stop functioning.

There is an energetic exchange during child abuse where the abuser takes the power (the 'life force' if you will) of the child. It's not just the child's energy that is taken, the abuse interferes with the child's vibration and their ability to replace and regenerate their own power too, until all that's left of the abused child is a shell - hence above I described these abusers as 'Soul Eaters'. 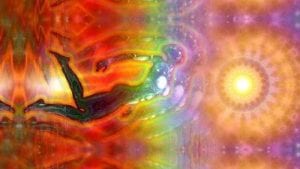 The power taken from the abused passes to the abuser and remains with them, even after the abuse has taken place. The abuser is able to use the child's stolen energy as they choose.

The abused child continues to hold their damaged vibration until they take their power back in some way (which is very difficult for them to do if they are broken), or get their power from an alternative source (is this why some of those abused later become abusers themselves?).

Child abuse is a very potent form of energy stealing: not only are young children unable to fight back and therefore easier to abuse. The energy taken from young children is 'cleaner' and more 'pure' too.

Chris is a shamanic energy healer.

Previous Life is Stressful. Vodafone UK Has The Answer. We Need To Embrace The Internet Of Things! Next The Irish Senate Bends The Knee To Israel. Michael Collins Is Turning In His Grave.