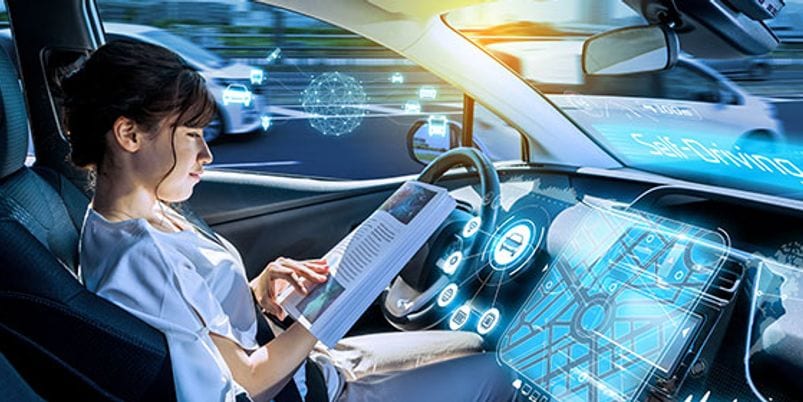 People who drive the most polluting cars, will be asked to “surrender” their vehicle to their local authority, in return for £3000. The surrendering drivers won’t get cash though. Instead they’ll receive credits that can be spent on public transport, bicycles, electric scooters, car clubs and taxis.

According to The Times newspaper this morning, the scheme was designed to reduce the numbers of cars in cities, which will in turn improve air quality and reduce that city’s carbon emissions. The Times says:

A trial programme will be launched in Coventry in the spring, aimed specifically at drivers of the most polluting vehicles — diesel cars built before 2016 and petrol models built before 2006. The scheme will last for two years and be analysed to test the amount of money needed to achieve a long-term change in travel habits. 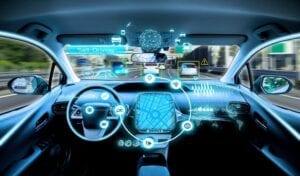 A similar programme could take place in the south of England. Hampshire county council is considering a “mobility credit scheme” for residents who agree to no longer own a car. It raised the possibility as part of a public consultation into the county’s local transport plan.

Xavier Brice runs Sustrans, a cycling and walking charity. He’s thrilled. He said that the car is the biggest contributor to the UK’s carbon emissions:

The AA has branded the scheme as bizarre, especially as most car manufacturers have committed to going fully electric. The AA is missing the point. It’s a smokescreen. The architects of the so-called Fourth Industrial Revolution or The Great Reset want to eliminate driving completely. Last August, forbes.com published an article entitled Driverless Cars Gain Speed Despite Global Slowdown, by Jennifer Leigh Parker. In it she wrote:

Automakers Volkswagen, Ford, and General Motors are betting billions that autonomous driving will get us moving again. A mass shift to single-occupancy vehicles is occurring nationwide according to new research from Cornell University, which poses a major traffic and pollution problem in many cities. The solution, according to today’s most influential automakers, is to accelerate the development of electric, driverless cars programmed by artificial intelligence.

Our Meet George Jetson! destiny is not only inevitable, it will arrive sooner than we think, now that Volkswagen, the world’s largest motor vehicle manufacturer, and its blue chip competitors have decided it’s a profitable path.

“It goes without saying that we will see various types of driverless cars on our streets soon. Great advances are being made in the necessary technology,” said Herbert Diess, CEO of Volkswagen Group during an interview with the Federal Minister for Economic Affairs Peter Altmaier. To that end, Volkswagen AG pledged more than a fifth of its vehicles will be electric by 2025, while investing 44 billion euros ($52 billion) on autonomous driving and “mobility services” by 2023. 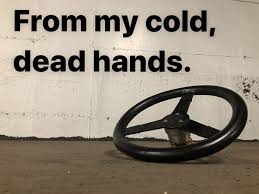 We may be as close as a decade away from losing our right to drive ourselves in our own cars. They won’t exist. Nobody will build them. I’m guessing I don’t have to spell out the impact that would have on individual freedom right? The Human Driving Association (HDA) is a lobby group headquartered in New York City. It worries that driving will be banned in the near future for environmental and safety reasons. According to an article in The New Yorker, dated April 2019:

(The HDA) …an organization aiming to protect people’s freedom of movement and right to drive their own cars. The H.D.A. imagines a future in which, for safety reasons, human driving is made illegal. To prevent this scenario from coming to pass, it advocates laws requiring carmakers to include a steering wheel in every vehicle; it also argues that every future car should be fully drivable under hundred-per-cent human control…..

HDA founder Alex Roy likes to say that human autonomy, as opposed to vehicular autonomy, is the only kind that matters. “Autonomy equals freedom,” he has written. “The freedom to go anywhere, or nowhere at all, or to speed across the country for no damn good reason.”

Richie Allen is the host of The Richie Allen Radio show, Europe's most listened to independent radio show and is a passionate supporter of free speech. He lives in Salford with the future Mrs Allen and their two dogs.
All Posts
5 5 votes
Article Rating
Subscribe
Login
Please login to comment
8 Comments
Inline Feedbacks
View all comments

this fits with the WEF agenda, ‘you will own nothing and be happy’

It will make me even more determined than ever to keep my 2002 Rover going. If it offends the authorities all the more reason to keep it

NWO right here. Plus all the normal freemasonry coding in this article as in every pysop they leash on the dumb masses.

Fascinating. How then are district nurses, midwives, social workers, care workers, etc able to do their jobs effectively?
How are regular folk able to visit friends and family who might me scattered across the country?
How are individuals with social anxiety disorders expected to travel?
How are people who have escaped the rat race by living a ‘van life’ able to maintain their freedom?
But, of course, we know the answer to these questions and similar ones. The government puppets and the mercenary ‘activists’ don’t care. People with individual freedoms cannot be easily controlled – so those freedoms must be removed.

Just imagine the potential for fraud on this. What’s to stop you registering your own car at a friends or your parents address in someone else’s name and then simply collecting the cash. If you needed to surrender a car you could always chop in an old £100 shitbox that was already on its way to the scrapper. This will end up being more fraud ridden then the old £1500 for your old banger scrappage scheme dreamt up by Gordon Brown. .

The scrappage scheme had an interesting side effect. Old cars became expensive collectors’ items and, as such, a great way for wealthy people to dump money into assets – a far more lucrative enterprise than virtual money or gold.

The powers that be won’t be happy until we’re all riding around in horse drawn carts, and even then they’ll try and tax the horse for producing too much methane emissions.

The horse would not work in this day and age, it would take 3 weeks to travel 3 miles, every time the horse done a number 2 you would have to get off with your pooper scooper and clean it up, health and safety.