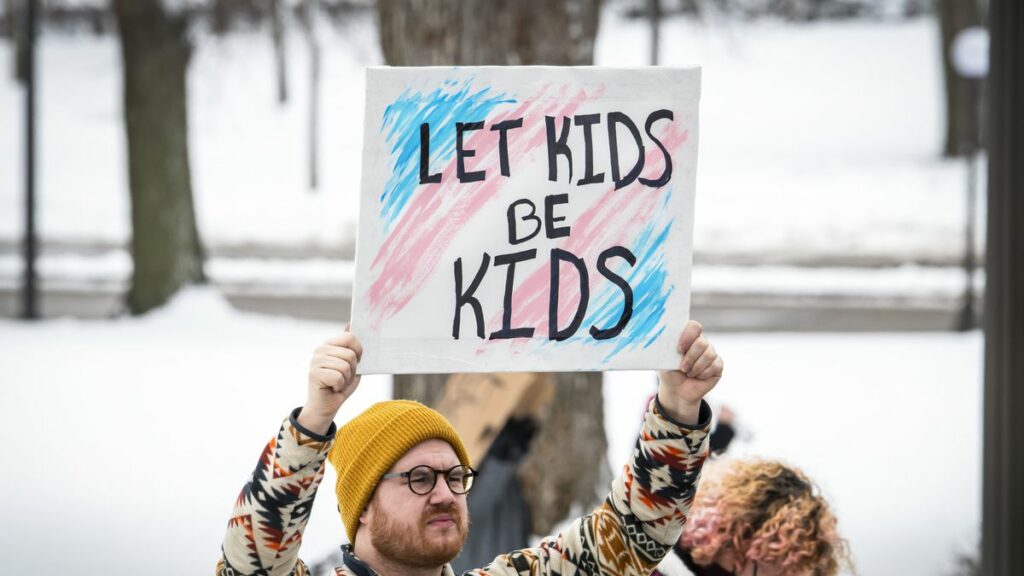 According to The Mail on Sunday:

More than 60 youngsters at the school which has about 1,000 students on its roll have declared their gender to be different from their birth sex or do not identify as either male or female.

The majority have done so since most Covid-19 lockdown restrictions were lifted last summer, raising concern about the impact of online trans ‘influencers’ on youngsters who were largely confined to their homes for months.

A teacher said the pupils involved were aged between 11 and 18, almost all were girls and most identified as non-binary.

A significant proportion of those who identified as trans or non-binary before the pandemic had autism or autistic traits, but that had not been the case post-lockdown, she added.

While the school tells parents if a pupil asks to go by a different name or pronoun, staff were ‘blundering along in the dark’ without government guidance, the teacher said.

Fearful of criticism or censure, she claimed many colleagues feel obliged to accept the situation even when they have concerns about a student’s mental health or that they may be subject to peer pressure.

The teacher, who asked not to be named for fear of losing her job or being pilloried by the trans lobby, told the MoS: ‘Since lockdown we’ve had this explosion of children saying they are non-binary.

‘It began in the summer, but since we came back in September pupils began approaching staff on almost a daily basis, telling teachers after lessons: “These are my new pronouns and this is my new name.” There were so many we just didn’t know what to do….’

The teacher attributed the sharp rise in pupils identifying as another gender to youngsters entering ‘online worlds’ during lockdown.

‘These girls spent a lot of time on social media using an avatar where you can choose your own identity and your body didn’t really matter. Now they want this new identity to continue to get away from the problems that they have.’

The damage lockdowns have inflicted on children is immeasurable.

There is a psychological war being waged on the world’s youth.

The key weapons in this war are gender confusion, cancel culture and climate change.

It’s time for parents to make their stand and take back control of their children’s education.

Richie Allen is the host of The Richie Allen Radio show, Europe's most listened to independent radio show and is a passionate supporter of free speech. He lives in Salford with the future Mrs Allen and their two dogs.
All Posts
5 2 votes
Article Rating
Login
Please login to comment
3 Comments
Inline Feedbacks
View all comments

I still think there will be a lot of people suing their parents in a few years time for convincing them to ‘identiy’ as something they are not. I think psychologists are going to be very busy soon.

It could be argued that this has always been the problem with mainstream fashions and trends, regardless of how we personally feel about them.
For most of my life I have been something of an outsider, never quite ‘fitting in’. When I was in my youth this could often be something of a lonely experience, but as I’ve gotten older I have gained greater appreciation for the benefits that not fitting in has bestowed.

That aside, much research has been done on the link between childhood vaccination programmes and the rise in autism. Likewise, much research has been done showing how a disproportionate amount of autistic youths and young adults end up in prison because they tend to be so incredibly naive and so easily led and manipulated.
And research has also shown that there are disproprtionate numbers of autistic kids transitioning.
I would also not be surprised if the majority of kids obsessed over climate change also have autistic traits (whether real or imitated thanks to Aspie Greta).

It is nothing less than predatory behaviour to target such vulnerable children, but the foxes have been let loose in the chicken coup and the chickens get the blame if they complain.

Children are being attacked from all sides whether it be social media, television programming, pop culture, peer pressure or schools sex education policies amongst others they are being bombarded with lgbt propaganda continually.
The indoctrination starts before school age with trans baby dolls being sold in shops and trans characters in cartoons and childrens films.
Todays youth are continually confused and afraid. They don’t know who they are or what they’re supposed to think. They look towards social media influencers and pop culture for answers and are being conditioned with this new age, society wreaking, diabolically dangerous cult.
Parents need to rise up against this for their children.
We all do.