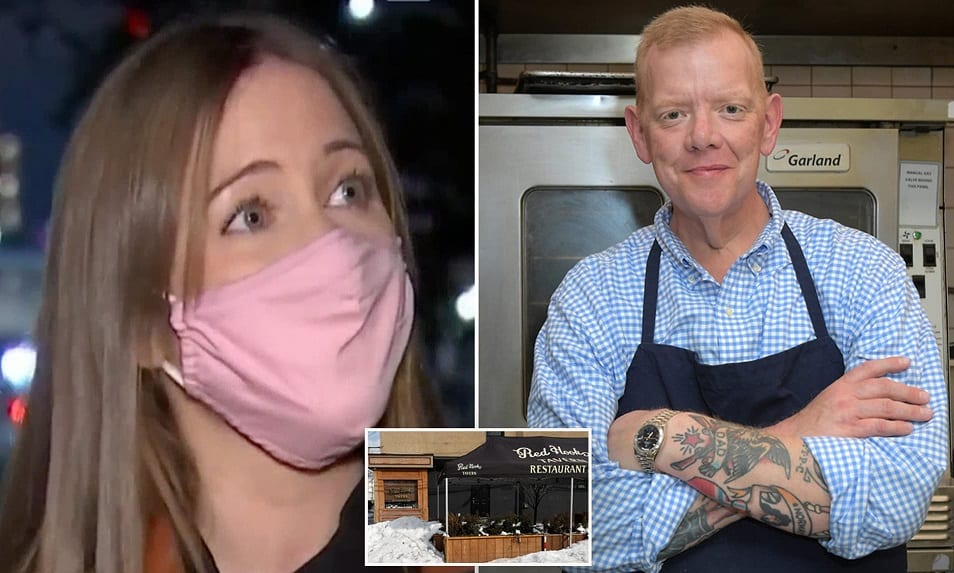 New York Waitress FIRED For Not Getting Covid Jab

A New York City waitress was sacked on Monday, after telling her employer that she had concerns about the safety of coronavirus vaccines and would rather wait until more was known about the jabs.

Bonnie Jacobson from Brooklyn said that her manager at Red Hook Tavern fired her a few days after she had expressed concern about how the vaccine affects fertility. She had been working at the tavern since August and she and her husband had been planning to have a baby. Speaking to NBC News yesterday, Bonnie said:

“I do support the vaccine. I’m not, as they say, an anti-vaxxer.”

She went on to say that she feels there is still a lack of research about how the vaccine affects pregnant women. She said her manager understood her concerns and assured her that the tavern wouldn’t be requiring staff to have the jab. A few days later, workers received an email which stated that the vaccines would be mandatory for all staff. NBC has seen the email:

“Please be advised that we will require that all employees receive the vaccination. This will be mandatory for all existing employees and any new hires. The exception to this policy will be if your own personal health or disability prohibits you from obtaining this vaccination. We encourage you to consult your healthcare professional to determine if getting a vaccine is right for you.” 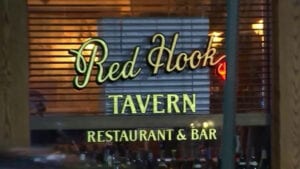 “While I fully support the vaccine and understand its importance I do believe this is a very personal choice. I really hope this choice would not affect my employment at Red Hook Tavern. Also once there is more research to support that it does not affect fertility I would reconsider my position.”

Two days later, she was fired.

“It was really impersonal. I was honestly shocked,” she told NBC. “My gut reaction was to just say, OK. Fine, I’ll get it. I need my job. But that just didn’t sit right with me. I was like, actually, I don’t think that’s right. I don’t think that’s the choice I need to be making here.”

“Once New York state allowed restaurant workers to receive the Covid-19 vaccine, we thought this was the perfect opportunity to put a plan in place to keep our team and guests safe. No one has faced these challenges before and we made a decision that we thought would best protect everyone. We now realize that we need to update our policy so it’s clear to our team how the process works and what we can do to support them. We’re making these changes immediately.”

Richie Allen is the host of The Richie Allen Radio show, Europe's most listened to independent radio show and is a passionate supporter of free speech. He lives in Salford with the future Mrs Allen and their two dogs.
All Posts
5 3 votes
Article Rating
Subscribe
Login
Please login to comment
19 Comments
Inline Feedbacks
View all comments

What a piece of shyte that boss is!!!

I feel like a pariah which is how anyone is being treated who doesn’t go along with the narrative. It makes me think of the Salem witch trials or of Invasion of the Bodysnatchers or Stepford Wives. It is quite scary how people will not listen to any counter argument.

Hi, I was on the street without a mask, and this is what happened.

ha ha, good film old Donald Sutherland they got him in the end, that’s the last scene if memory serves, must admit have felt like the actress out of shot quite a lot this last year.

Yeah it’s mad. People think there is some kind of Zombie plague going round. When there is no more chance of dieing from a respiratory illnesses than their was in previous years. But why can’t everybody see this.?

The *Big Apple* is…rotten as it ever was.
Took my family there in 2004.
Did the ‘whole shebang’; i.e. A suite at the Plaza Hotel, a new big bad-assed Cadillac, Broadway play, Twin Towers & the Empire State buildings, museums, etc. etc.

My wife who grew up on/above the Arctic Circle, remarked one day while driving in the city, “How can people live this way? It’s terrible…”.
My natural reply was an am.-colloquial from the *Twilight Zone* ;
it’s “A nice place to visit, but I wouldn’t want to live there.”.
http—s://en.wikipedia.org/wiki/A_Nice_Place_to_Visit

My kids have never expressed any interest to go there again.
IMO only dorks would live in New Dork City, especially nowadays.
Those who I grew up with and moved there eventually left the place.
Only 1 remained there, but he was 20 yrs ago with at a minimum, over $50 million.
Thing is, he was a real obnoxious…can’t say it or I’ll be called…a hater.
Which of course I am not.
Probably works with Goldman Sachs or Blackrock now.
Or with real estate like Harry Silverstein and friends.
Uufff.
Yeah.
Best ‘vaccine’ any normal Human Being could get is, “gettin’ the hell out of there”.
Hopefully this young lady & her husband see-the-forest-for-the-trees and gets out of there, pronto.

Remember now, there are always 2-sides of the coin.
I sincerely wish her the best of Luck.
She’s taken the most important step so far; saying NO(!).
Yeah.

The big apple rotten to the core, and it is only going to get worse with mario( ventilators ) cuomo running the show, he is a 24 carat psychopath who has served his globalist bosses well during the scamdemic.

Just say you can’t have the jab due to health reasons….lying is better than dying.

Hi there. Your right, we have to do whatever it takes. Please find reply I sent you on other page, to covid isolation question. All the best.

Thanks for the tips about Ivor C. & Dolores C.
Good people, from a Good Folk.
Yeah.
Go Ireland Go !

I’ve met Dolores Cahill and she is a very good person and despite being highly qualified and having considerable experience she is very modest and unassuming and always prepared to listen to the other person’s point of view.

Confirms the vibes I’ve had. Thanks Jennie for that. :))

I know for sure that one principle in a local school around here (Estonia) told her employees that if they wouldn’t get a jab then she would not renew their contract coming fall. She also told each person not to tell anybody she said that.
Humans have Outsheeped the Sheep because at least sheep need a sheep dog to keep them in line.

I hope she has a good lawyer for a law suit!

And that many more who suffer this fate do likewise!

Something tells me the the lawyers are going to be very busy in the coming years.

An absolute fortune to be made here by the briefs!

Or you could simply go lay litigant!!

Unleash the ‘dogs of war’ upon them in the courts!!

Imagine how long that could last??

And how the presstitutes will love it too!!

What with all the disruptive backlogs being caused by the ‘dissenting unvaccinated germ spreading peasants!!’