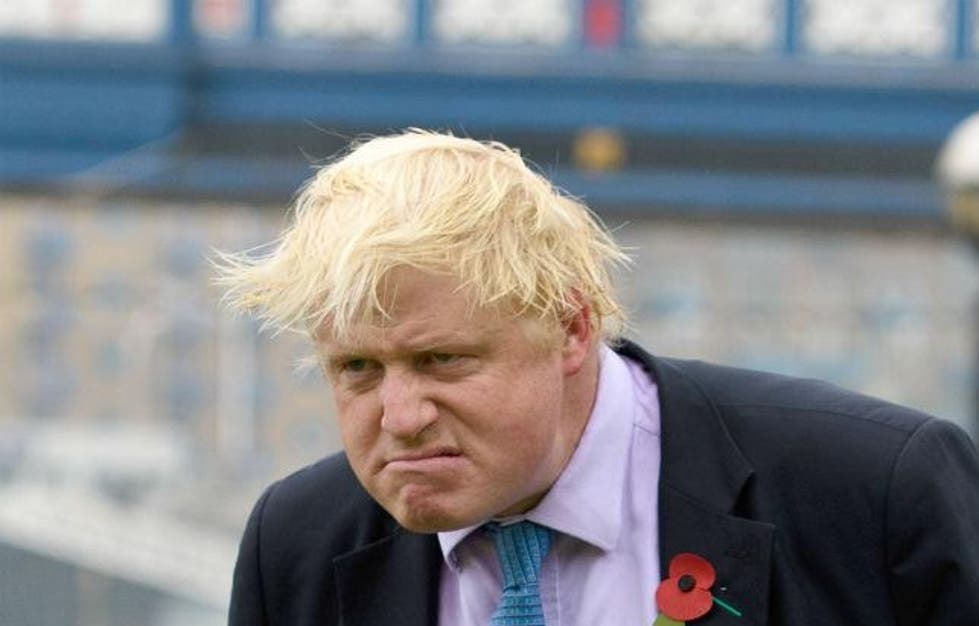 In a column in The Mail Online today, Oncology Professor Angus Dalgleish accused UK Prime Minister Boris Johnson of “political cowardice” and that his government’s covid-19 policy is being driven by “nothing more sophisticated than a deranged dogma.”

“It is dogma of the worst sort, for it is shaped by political cowardice and burnished by discredited scientific advisers who no longer seem capable of reviewing the evidence in front of them.

That is why I was one of 22 scientists and academics who put their names yesterday to an open letter to the Government calling for the removal of all coronavirus restrictions no later than June 21 – the end date of the Prime Minister’s roadmap – to enable people to ‘take back control of their lives.”

The oncology professor goes on to say the evidence demonstrates that the vaccine programme has been successful and that the country has reached herd immunity. Dalgleish says that he’s bewildered that restrictions remain in place: 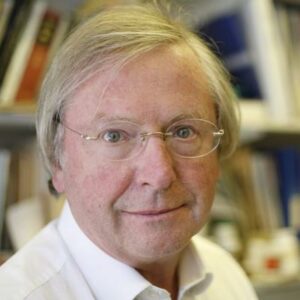 “Yet despite this, it still remains illegal to eat inside a restaurant or drink in a pub and the number of socially distanced mourners permitted to attend a funeral remains capped at 30, as the Mail has done such a good job of reminding us.

As we persist with lockdown, thousands of businesses are going bust, jobs are being lost and our population is becoming ever more anxious and isolated…….”

“And earlier this month, in defiance of scientific evidence and basic common sense, Boris Johnson declared that the pandemic was fizzling out, but not because of our outstandingly successful vaccine programme.

No, the virus is vanishing, our scientifically illiterate Prime Minister said, because of the brilliance of his lockdown strategy. Never mind there is no evidence either from Britain or abroad to support this delusional analysis. So what is going on?

A weird ‘groupthink’ has taken hold inside the Westminster bubble. Mr Johnson and his political and scientific circle appear to have collectively lost the capacity for cool-headed risk analysis.”

Dalgleish goes on to say that lockdowns are scientifically nonsensical:

“The idea that you can squeeze a respiratory epidemic to death with lockdown is and was scientifically nonsensical, and anyway economically disproportionate.

It is high time the Prime Minister allowed the country to begin the long process of recovery from a disaster which his policies are needlessly prolonging.

If it were really about ‘data not dates’, he would have done so long before now.”

You can read the full article by Professor Angus Dalgleish here:

Richie Allen is the host of The Richie Allen Radio show, Europe's most listened to independent radio show and is a passionate supporter of free speech. He lives in Salford with the future Mrs Allen and their two dogs.
All Posts
5 3 votes
Article Rating
Subscribe
Login
Please login to comment
29 Comments
Inline Feedbacks
View all comments

They have been successful in Killing off the Elderly because they squandered their Retirements and didn’t want to pay them back and why they were first and while everyone but those at the top are on their hit list because like the world has seen Physicians and Nurses and Local Government Officials drop dead after taking the Corp. Jab and Insanity are doing the same thing over and over expecting a different result thus our Government has become just Useful Idiots and will become the Corp. Powers Scapegoats, in the end, Leaving the creators richer and to come back with another like history has proven like when they tried this very thing during the created swine flu and are being exposed by more and more every day

Until every People from every Country organize and stand up in one voice says no more we all will continue to be under attack and have been declared way on by the UN and Bilderberg Group and our lovely Government Stooges who are far too willing to use this poison on their people and are simply the people’s executioners by way of Genocide and unless all humans together refuse and organize they will continue and get much worse and demand they all be brought up on charges of High Treason and Genocide and it is very simple they all aided in using a created #7 Corona to release on the world population and they all assisted in it and in America the Numbers that sho most people know what and who are behind this is US population is 332,588,235 and the number of those who took one Mrna jab is 135,791,031 and less than half and now those who took is just 89,245,776 and I submit a complete failure by them and I bet the Numbers in every Country is about the same thus this tells me the overwhelming human population is against their poison

I watched David Starkey’s recent interview on which he agreed we now live in a dictatorship. He believes the 20th century began with World War 1 and ended in 2020.

Last night I watched an episode of a 1960s series called The Wild, Wild West, I have the set. In every episode there is a villain and the one in this particular episode wanted to save the world by destroying it and quite a lot of the people in it and he wanted to set up a world government. What was interesting in this 55 year old episode was that the villain said that he wanted to create a new world order. This is the earliest reference to this phrase that I personally have come across. So this phrase was in the ether, in the zeitgeist, back in the 60s although mad men (and a few women) wanting to take over the world has of course been around for a very long time.

Well said Jennie and you’ve just reminded me of yet another one worth watching!

This one’s even still up on the gestapo tube no less!

Apologies if this now consumes your morning watching it, but it’s time well invested if you’ve not seen it before!!

Thank you. I have actually seen that a while back. I agree with you, it is excellent.

It’s not only Boris that makes policy based on dogma, here in West Aus there were two cases of covid in the community supposedly from the Rona virus passing through the aircon at a Perth quarantine centre. So the bed wetter in chief imposed a total “circuit breaker” lockdown of an area larger than the British isles, with only essential travel permitted, all non essential businesses closed and masks to be worn everywhere outside of you own house, including whilst exercising. The only exemption being whilst swimming, the government reserve the rights on waterboarding.

The great irony here is that if the virus passes through the filters of an air conditioning system it wont have any trouble passing through a mask. This really is a great big load of fecking nonsense.

In addition to almost 100% recovery rate…doesn’t sound too difficult to avoid in Australia with or without a mask! 😀

This clearly demonstrates the reprogramming nature of the paradigm shift and the powerful psyop…it’s beyond farcical for (if you believe it at all) an illness with a 99.8% recovery rate!

The picture of Johnson is priceless!!

The phrase ‘the face of a bulldog licking piss off a nettle’ comes to mind!!

Last edited 13 days ago by Gerry
5

Although I agree with much of what Professor Angus Dalgleish has to say about the lockdowns I really don’t see how he can say that the vaccine programme has been successful. Its only success so far is that the Government have coerced so many people into having it. The only reason the infection rate is falling is because we have reached the end of the regular cold and flu season which happens every year. I doubt either the vaccine or the lockdown has made much difference to that. The truth will out at the end of September when the next flu season begins and we will begin to find out how all of these newly reprogrammed immune systems deal with regular flu and cold viruses. The biggest success (from the Governments point of view) has been the has been the effects of the relentless psychology and propaganda in scaring the byjesus out of so many vulnerable people.

Perhaps the ‘success’ is referring to the ‘safe and effective’ profits made by the vax investors…the guaranteed huge return as tax payers cough up…ahem!…:D for tests and test kits, furlough, benefit claims, genetic modification, funerals etc. not to mention the redecoration of the flat!!!

The game play is so obvious!…build up the case to discredit Johnson…as if this whole thing has anything to do with his handling of a pandemic that never was! When Boris has fulfilled his contract…(goodness knows what that is? number of vaccinated deaths maybe? or perhaps successfully seeding future vaccine deaths? or when the chums have reached their target of universal credit claims? or target investment earnings?)…no doubt he will appear to be kicked out of office paving the way for the second political wave as Stasi Starmer takes over the reins of the 4th reich!

I pity the next prime Minister who has to move into that hideously redecorated Downing Street flat. The grotesquely expensive redecoration (with dodgy funding) has turned it into what looks like a Turkish brothel 😂😂 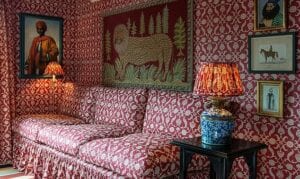 Is that seriously 10 Downing Street? Oh my goodness, someone has had a taste bypass.

Yes its the newly redecorated Downing Street flat done at a cost of £200k.
Check it out in the Daily Mail.

You’ve gotta have a nice place whenever your summoning up Satan from the bowels of hell!

Lucifer likes to feel at home too!

That’s incredible. I think most people could do better with a tiny budget using a charity shop.

Just gets better and better!