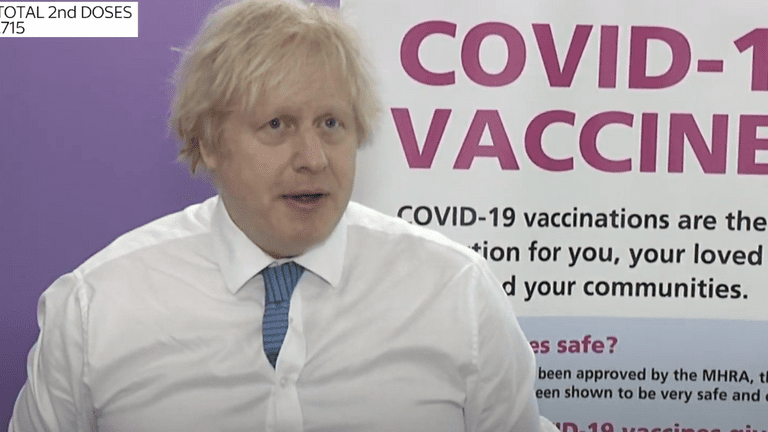 Rapid Covid Tests Could Be Route Back To Socialising – Boris Johnson

UK Prime Minister Boris Johnson is refusing to rule out the introduction of Domestic Vaccine Passports. “We’re looking at everything” he told the press at yesterday’s Downing Street briefing. He went on to say:

“What we are thinking of at the moment is more of a route that relies on mass vaccination….we intend to vaccinate all the adults in the country by the autumn…..plus lateral flow testing, rapid testing.

I think that will be the route that we go down and that businesses will go down. You are already seeing lots of businesses using the potential of rapid, on-the-day testing as well. I think that, in combination with vaccination, will probably be the route forward.”

Imagine a world, where you must stock up on testing kits (similar to pregnancy tests), that you will be expected to self-administer and pass, before being admitted to your workplace, or the shops, or even the theatre? Welcome to that world. Boris Johnson wants rapid testing to become part of everyday life. That’s what Operation Moonshot proposed. 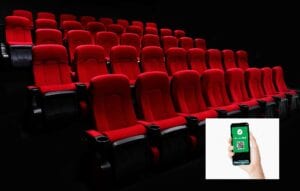 It’s lunacy. He wants to routinely test people who don’t have so much as a runny nose or a fever, people who are perfectly healthy, to see if they’re carrying a virus. Let’s not forget that the man running the US coronavirus response, Dr. Anthony Fauci, said last year that asymptomatic people do not spread the virus.

And as for domestic vaccine passports, The Telegraph newspaper reported today that UK cinemas are keen to implement them, if it means they can get bums back on seats as soon as possible. According to the paper:

David Chadwick of Verifiable Credentials, which has received government funding to develop vaccine passports, said he had already agreed a tie-up with one UK theatre and cinema complex to trial the technology. Under the scheme, Verifiable Credentials would create electronic certificates for people to show they have been vaccinated. These certificates would be verified by the NHS and stored in a digital wallet on users’ smartphone.

When users buy a film ticket from a participating cinema, that ticket would be combined with the digital vaccine passport to generate a QR Code that would provide them with access to the theatre.  Mr Chadwick said the trial was currently assessing the technical feasibility of the system rather than whether it was commercially or legally viable.

Do not believe government ministers, when they say that there are no plans for domestic vaccine passports. The government itself has funded the scheme. Pubs and restaurants will quickly follow cinemas lead. In the future, if ministers are ever challenged on the sheer tyranny of it, they will say, “Don’t look at us. We are liberal Conservatives. We can’t tell private business who they should and shouldn’t let in.” How utterly predictable this is becoming.

Richie Allen is the host of The Richie Allen Radio show, Europe's most listened to independent radio show and is a passionate supporter of free speech. He lives in Salford with the future Mrs Allen and their two dogs.
All Posts
5 9 votes
Article Rating
Subscribe
Login
Please login to comment
20 Comments
Inline Feedbacks
View all comments

I love the theatre but if I have to sit at a distance from people and everyone wearing a mask I’d sooner not bother. I’ll just have good memories of all the plays, shows and concerts I’ve seen over the years. Sad for the younger generation who may never know the freedom we had.

Isn’t is wonderful to live in a democratic country where the government will allow each and every single one of us the right to let us decide whether we take the vaccine or not. I mean theyre hardly coercing anybody to take it are they now….. oh by the way if your health passports are not upto date there will be safety measures put up by bussineses as it is their democratic right to safe guard all the customers because it is everybody’s basic human right to go where they like knowing they will be safe. (So stop being a hole in the backside and do as your told)

From what Ive been seeing at the supermarkets and petrol stations etc on average I notice roughly 3 out of 100 people not wearing the face masks therefore I believe 97% of the population will eventually (with coercion from social standings) will give into this health passport palava just so that they can have some sort of basic freedoms back into their lives even if it sadly means a long term detrimental effect to the prosperity of ones own health.

PS.
I browse thru some local papers online and look at the comments section regarding convid cases. It is very worrying where you have people in our society calling for those who do not wear a face covering in a supermarket calling on the government to mandate a compulsory prison sentence for the violators. The health of common sense and reasoning amongst our peers is quite very worrying – not so for the government for obvious reasons. How low in rationality have some fallen?

Apart from myself I see everyone wearing the masks, and many wearing them outdoors. I say to myself maybe they’re wearing them simply because of rules and they think it’s wrong too but I’m kidding myself. It just amazes me that people can be this stupid but now we know.

Lol. Yeh ive seen quite a few wearing them outside. Ive seen people wearing them inside their own houses and then you have some jokers who are driving on their own with the mask on….. I presume they dont want to give covid to themselves – the world has gone complete looney.
You want to have a laugh? When the first lockdown began last march the very first morning I was out in the car this lady drives infront of me really slowly and stops at the traffic lights so im behind her not thinking of anything then all of sudden I see her pulling faces at me and pointing her fingers/hands to back up through her rear mirror – she was telling me to keep my social distance meaning she was yelling at me to keep my car 2 metres distance apart from the back of her car whilst she was sat in the front drivers seat, lol… ive never laughed so much in my life it was so hilarious.

That’s hilarious. Yes it’s weird when you see someone driving with a muzzle on. We really have a stupid brainwashed nation. I’ve had two women on different occasions jump in front of my car because they were passing people on the pavement. I had to brake suddenly and came within inches of them. One started shouting at me, I wound my window down and said covid wont kill you, your own stupidity will. Seriously the mind boggles.

Ive heard that 50% of firefighters are going to refuse the experimental gene therapy - theres going to be an awful lot of hungry firemen out there.

999 – hello my house is on fire..
Everyone living at the house has been vaccinated yes.. And with a recent negative test yeas.. Can you please make sure only Vaccinated firefighters can come to the rescue..

As I understand the Nuremburg Code nobody can be forced to have medical treatment forced on them, particularly if it is on trial. As this vax is on trial till sometime 2023 then if they try it on me, I feel sure I will be able to find a Lawyer to take a case. I really feel that there are a lot of people out there that will not take it and will not stand for Doris, Halfcock and the SAGE side kicks to continue to rule our lives.

I hope its just scare tactics….some have already given in to it and been vaccinated to travel.

I agree with Davids comment boycott the businesses. I don’t have a mobile phone so i would not be able to do any of it anyway. But i am not bothered about myself its the younger generation who haven’t lived yet 🙁

Hi with respect no mobile will not protect anyone. The technology is available to make people carry something like a credit card. And people will not be allowed in shops or any public buildings. They will litteraly be unable to live or work. Period.! . Australia has already stopped benifits for parents who won’t have children vaccinated.It is no use boycotting anywhere. Everyone is going to be doing the same thing. This is all written in the agenda 30 documents written years ago.

Hey Urban fox, then i shall go down fighting 🙂

Hi Caroline, Can’t argue with that. I believe what David Icke and Jeromy Cornyn say. “The thing the public need to do to end this. Is to stop cooperating with their own enslavement and the facist
agenda.” Unfortunately to have effect, a lot more people need to wake up fast. And we are still very much a minority. My entire family fully believe in this whole thing. And round here every single person apart from me is wearing masks even in the street. And the longer people believe and go along like sheep, the harder it will become to turn the tide. As Peter Hichines said ” if people had not gone along with giving up there freedoms so easily in March, and blindly believed what they were told, things would have never got this far” Speak soon, just gonna do couple jobs before Richie.

Hi, thanks for reply. Agree ,and if one more shop assistant at the automatic checkout, tells me STEP BACK ! ,when I call them over, I may lose it big time.!!!
And tell them to go Fox themselves.

It would only need people to boycott businesses that are demanding people have a ‘passport’ for a short time and they would drop this.

Every single business will do the same. There is not going to be anywhere left to go.

set up a business FOR those that do not want vaccines

That bloody Peston’s really selling this atm. It’s not inevitable I don’t think but there has to be serious pushback now.