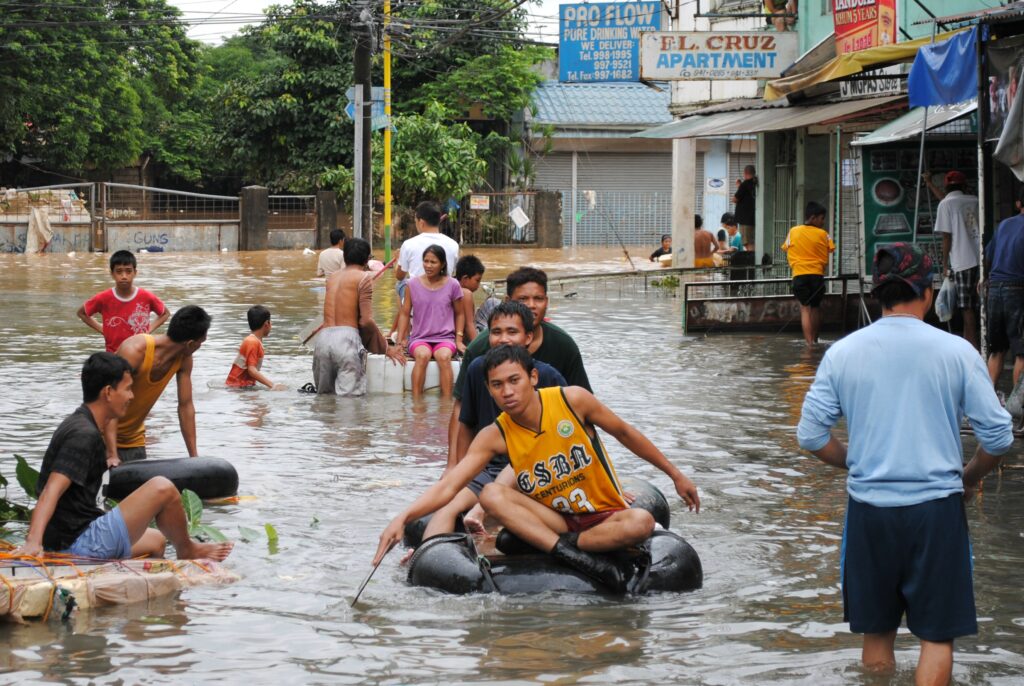 The wealthiest nations have been accused of betraying the developing world at climate change talks in Bonn. At COP 26 in Glasgow, poorer countries were promised that they would be financially compensated for the impacts of climate change that they cannot adapt to.

The US and Europe have been accused of sidelining the issue.

Poorer countries say that at COP26 they were promised that their key demand on loss and damage would be honoured this year.

They believed that a new finance facility to pay for the impacts of climate change that they can’t adapt to, would be set up.

But in Bonn, they say the issue has been side-lined by the US and Europe.

For many participants, loss and damage has become the key issue in the global climate negotiations.

Developing country participants say climate impacts on their countries are more severe than on the richer nations and they have less financial capacity to cope.

“We are already living with loss and damages for the last 25 years,” said Adriana Vasquez Rodriquez from the Association La Ruta del Clima, a Costa Rican environmental group.

“We have families who have lost their houses, their crops, their lives, and no-one is paying for that, we are running out of resources, and at the same time, we are depending on debt.”

The developing nations argue that the climate change they are experiencing has been caused by historic carbon emissions that originated in richer countries. They say that Europe and the US have a responsibility now to pay for these losses and damages.

The US and Europe don’t agree. They fear that if they pay for historic emissions it could put their countries on the hook for billions of dollars for decades or even centuries to come.

The issue came to a head at COP26 in Glasgow where what’s been termed a “delicate compromise” was reached.

The island states and developing countries would agree to the Glasgow climate pact with a big focus on cutting carbon, if the richer nations would finally set up a process that would fund loss and damage.

“The compromise was based on an understanding that countries would be willing to start talking and taking decisions on dealing with how to get that finance flowing for loss and damage,” said Alex Scott from E3G, an environmental think tank.

“And we haven’t seen that come to fruition here. Instead, we’ve seen a workshop set up to talk about how we can fix some of the problems.”

There isn’t a shred of scientific evidence to support the claim that Co2 emissions in so-called richer countries, is having an impact on weather systems in the third world or anywhere else.

Co2 follows temperature. Temperature doesn’t follow Co2. That is an irrefutable scientific fact. The sun drives temperature shifts on this planet. Yet, the sun is mysteriously absent in every one of the pseudo-scientific climate change models underpinning this massive lie.

Richie Allen is the host of The Richie Allen Radio show, Europe's most listened to independent radio show and is a passionate supporter of free speech. He lives in Salford with the future Mrs Allen and their two dogs.
All Posts
5 2 votes
Article Rating
Login
Please login to comment
4 Comments
Inline Feedbacks
View all comments

Man Made climate change and the climate emergency are a SCAM and GLOBALIST AGENDA of the CRIMINAL elites More transference of OUR wealth to them in TAXES, Their lunacy of carbon capture into soil, using rock salts etc is BS All that will achieve is making the soil useless to grow anything in Just like their SOLAR farms on what was fertile farm land that should be used to GROW FOOD

It’s not just our sun that doesn’t get a mention. Land based volcanic activity and sand storms somewhat occlude sunlight and, in the case of the former, throws out significant amounts of sulfur, methane and carbon gases; ocean floor volcanic activity likewise releases methane, sulfur and carbon gases, as well as lots of heat (and given that heat rises, this is the only true way for our seas and oceans to entirely warm); oceanic currents move warm and cold water around, somewhat regulating coastal weather patterns; tropical forests create precipitation; hills and mountains create their own micro climates; everything that burns and decomposes releases carbon gases; and, of course, there is the Earth’s axis wobble:
https://www.nature.com/scitable/knowledge/library/green-sahara-african-humid-periods-paced-by-82884405/#:~:text=Green%20Sahara%3A%20African%20Humid%20Periods%20Paced%20by%20Earth's%20Orbital%20Changes,-By%3A%20Peter%20B&text=Paleoclimate%20and%20archaeological%20evidence%20tells,covered%20with%20vegetation%20and%20lakes.

In other words, our weather patterns and climate are the results of incredibly diverse and complex systems, much of which simply cannot be controlled. And because of that it has little to no political currency.
Better to get people to focus on something that they are led to believe they can control (which, in my opinion, is nothing short of superstition).
In ages past our ancestors offered prayers and sacrifices to elementals and gods – led by various types of priests – for the same reasons.
In the Age of Science, you’d think we would have moved beyond primitive beliefs (irregardless of those beliefs given modern words and rhetoric), but sadly I’m not seeing it.

Good piece. The only thing we can do about climate change is learn to adapt to it. For example if they must build in flood plains why not build houses on stilts as they do in parts of the world such as Indonesia.

Too expensive for the building companies and less opportunity for premium insurance rates?

Besides, without flooded homes, politicians are denied an excuse for spin.