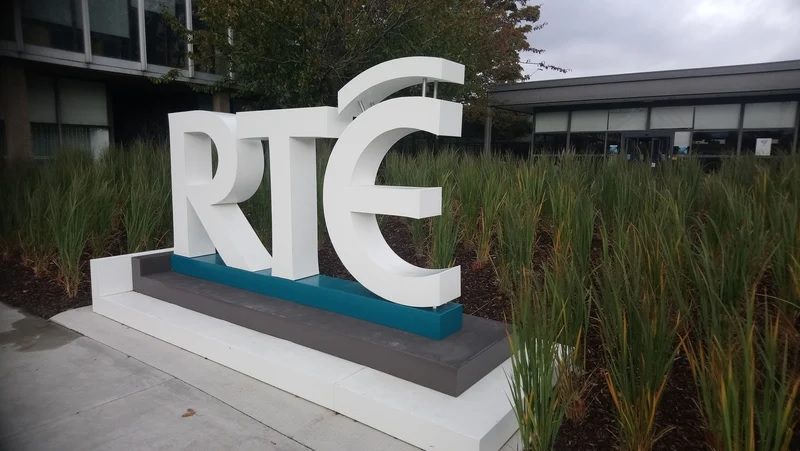 RTÉ Should Tell Dublin Pride & The Irish Government To F*ck Off!

Dublin Pride has ended its partnership with state broadcaster RTÉ following the airing of a series of discussions of transgender issues on the Liveline radio show.  The organisers accused RTÉ of promoting hatred against transgender people.

RTÉ is our national broadcaster. LGBTQ+ people and our allies make up the majority of people in Ireland. We are the majority shareholders in RTÉ, and we have a right to hold it accountable for its actions.”

Incredibly, RTÉ executives have been summoned to appear before an Oireachtas committee to explain themselves.

Are the organisers of Dublin Pride suggesting that the majority of people in this country consider any discussion on transgender issues to be indecent, and those who engage in it hate-filled and transphobic?

Anybody with any interest in this matter should listen back.

The three Liveline programmes referenced dealt with aspects of gender identity, language in this area, and related issues concerning women in sport and women in prison.

Among the contributors were women from an organisation who have strong feelings about language in contexts in which “person” has been substituted for “woman” and “mother”.

A man involved in soccer spoke of how his club does all it can to facilitate transgender people in teams.

There were also contributions from transgender people who gave a flavour of the challenges they face. One person spoke movingly about how it wasn’t until later in life that they were in a position to transition.

And there was discussion around ‘safe spaces’ for women and various problems that some contributors have with aspects of what appears to be a strict orthodoxy around gender identity.

Then there was a lecturer from Waterford, Colette Colfer, who spoke cogently about gender identity theory and suggested there are parallels with a belief system as it applies to religion. She also noted that the theory was considered in some quarters to be, well, Gospel.

“The debate is shut down,” said Ms Colfer.

“To me, it is the equivalent of heretics or infidels of the past. In Ireland, it is almost a case of you must subscribe to this theory.”

The Irish Council for Civil Liberties apparently believes so. Joe Duffy read out a complaint from the ICCL about the programmes, but nobody from the ICCL wanted to come on and explain whose civil liberties were being infringed.

Clifford’s points are well made. The issues raised on the Liveline shows are legitimate. The Presenter moderated the discussions professionally. Nobody’s civil liberties were infringed and there was absolutely no incitement against trans people.

Some proponents of gender identity theory seem to be afflicted by a type of religious mania. Colette Colfer is right on. Those who disagree are viewed as heretics and must be destroyed at all costs. We’ve seen this elsewhere. Just look at the behaviour of the climate change mob.

RTÉ should tell Dublin Pride to put up or shut up. Either participate in the debates or shut the fuck up. It really is that simple.

The same goes for the Irish government. The absolute cheek of them to attempt to haul executives in to explain the content of a talk show!

RTÉ should advise TD’s that if they’ve got a problem with something that has been said on a show, either join in or mind your fucking business.

Free Speech depends on it.

And we the Irish people — [those of us who remain with an ounce of critical thinking after over two years of relentless RTE scamdemic propaganda & brainwashing!] — should tell RTE to F🤬 OFF… (Along with shill Duffy the vax pusher, the Irish government and the pride freaks!!)

A hundred or so years ago Progressive intellectuals, and their sycophantic adherents, drove the pseudo-scientific notion that black people were somehow less than white people. Their nonsense was even taught in the education system, having the support of politicians and many in the media.
It was, in essence, a grand social experiment with disasterous consequences.

It could be argued that today’s ‘Progressives’ are doing the same thing and the consequences are likely to be just as disasterous. Unfortunately, just like a hundred years ago, it might take a few decades for the damage to be realised and fully appreciated.
And when it is the Progressives will do an Orwellian 180 and distance themselves from their previously held beliefs and create new jobs to denounce those beliefs – while taking zero responsibility for the damage they have done to both the minority (who may end up in a worse situation than before the interference) and the majority.

Such is the nature of extremism. It does not seek to find a balance, nor engage in open discourse. It seeks blind faith, destruction, and tyranny – regardless of the mask it wears.

The programme seemed well balanced, it was educating rather than attacking anyone. This could be the queer+ vanguard flexing and testing the Irish medias resolve, if it doesn’t stand up for itself the media and Government here will comply and the floodgates will be open.

Last edited 12 days ago by Abdel
5