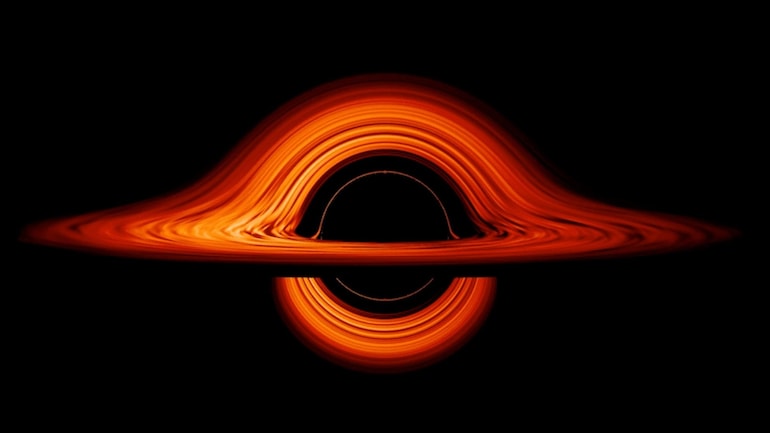 Scientists Set To Reveal “Groundbreaking Discovery” About Our Galaxy

Astronomers say they have made a groundbreaking discovery about our galaxy and will reveal all at an event on Thursday.

When it was announced on April 28th, astronomers from the European Southern Observatory (Eso) and the Event Horizon Telescope said they would reveal groundbreaking Milky Way results.

According to The Independent:

The event will be held in person at 2pm GMT, 9am EDT, at the Eso headquarters in Garching bei München, Germany, as well as streamed on the Eso website and Youtube channel.

The announcement was scant on details but, based on past work of the involved organizations, Thursday’s reveal could have to do with the supermassive black hole at the center of our Milky Way galaxy.

The Eso is an international organization made up of more than a dozen member states and operates powerful telescopes viewing the sky from the southern hemisphere in Chile, including the Very Large Telescope.

The Very Large Telescope has directly imaged exoplanets and shed light on the shape of the whirling disks of matter falling into supermassive black holes.

The Event Horizon Telescope project is a global network of radio telescopes working together to study black holes, particularly the supermassive black holes at the centers of the distant galaxy Messier 87 and our own Milky Way galaxy.

In 2019, the project produced the first image of a black hole — M87* — a black circle wreathed in fiery orange and compared, in popular culture, to the Eye of Sauron from the Lord of the Rings movies.

The circular shadow of the black hole also provided further confirmation of Einstein’s General Theory of Relativity, which predicts a circular shadow.

Maybe the boffins will announce that the Earth is in fact a dodecahedron.

Or, maybe they’ll reveal that Covid-19 originated on Uranus.

Over the years I’ve found that it’s best not to get too excited when astronomers claim to have made a groundbreaking discovery.

Richie Allen is the host of The Richie Allen Radio show, Europe's most listened to independent radio show and is a passionate supporter of free speech. He lives in Salford with the future Mrs Allen and their two dogs.
All Posts
5 1 vote
Article Rating
Login
Please login to comment
19 Comments
Inline Feedbacks
View all comments

Apparently there’s a black hole in the Milky Way that they didn’t know about before.

Perhaps the Fabulous Furry Freak Brothers discovered more drugs on Mars?
(Screenshot from Season Episode 3 2020).
How did I miss this show? Must’ve been all the coof psy op that was going on the past two years. (Yes I know that the plandemic, casedemic, scamdemic hasn’t went away because Bill Gates (euthanasia enthusiast/mass murderer) is heading up the GERM team.) These £uckers love their acronyms. If they called it Death Incorporated Enterprises (DIE) or the Assisted Suicide Helpline Exit Strategy/System (ASHES) or Soylent Green

key plot point of soylent green
is people
that would give the game away.
Aktion T4 was already taken by the Nazis last century now that the globalists agenda have revealed their plans (methods of getting rid of us)

Hang on, maybe the voyager spacecraft was answered “Return to sender, wrong address, junk mail will be disposed of in future” 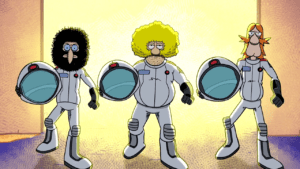 Last edited 6 days ago by Aldo
4

More out of this world bullshit from NASA etc… man never landed on the moon and Earth is not a globe, space doesn’t ven exist. do the research and stop living in their lie!

Right what a bunch of fucking horse shit! Space, Space X, Elon Musk, NASA, Astro-NOTS. When will the biggest Lie in the world ever END? Outside of the covid crap of course. The vacuum of space is impossible next to a gaseous environment without a barrier! Water always seeks its level. WE LIVE ON A LEVEL PLANE, it is that simple. Cheers, William Do your research folks!

Can you prove you are not a parrot, repeating lies. Fuck off, moron.

Your reply seems rather popular. It must be your charm.

Or just the research that you dictate?

Yet more rings round Uranus? *Titter!*

Ask anyone if they would spend £10,000 on a holiday destination they cannot reach, but for which they could get a series of indistinct monochome photos, and they would likely look at you as if you have gone mad.

Then ask them if they would prefer to spend that money on a sea trip and diving holiday where they could explore our oceans and take plenty if clear, colour photos.
That sounds so much better. And yet…

Astrology, I have time for… Astronomy, however, has nothing to do with me… Astro-No-Me

Does this mean the war in Ukraine is over ?

My bet is on both as well as faked pictures of artist impressions.

Maybe it’s turtles all the way down after all

Earths flat brother space isnt what they tell us it is , check out the latest documentary by hibbeler productions – https://youtu.be/3OfbwhU5PQk and please please please get eric dubay on the show

Thanks Dan.Have just bookmarked the vid on youtube to watch later……….. Would you believe YT have put some sort of advisory against it? Actually, yes I would. A link to Wiki, letting us know that the earth ain’t flat, just incase we became corrupted!!

Thanks for posting the link. I just watched it and thought it was very well done!