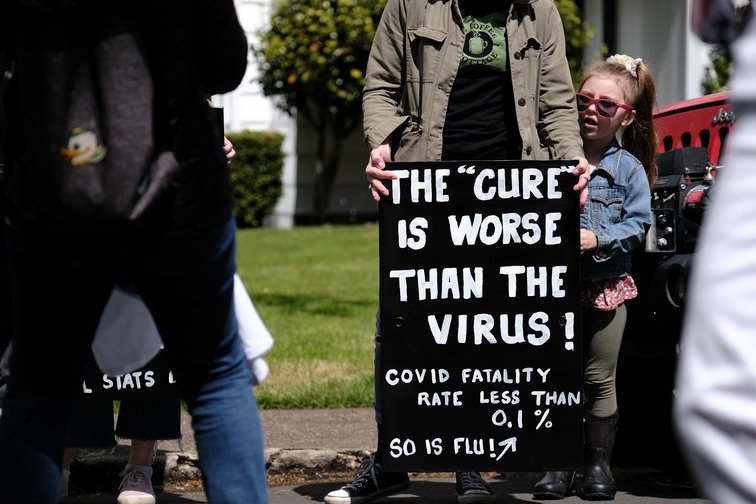 A professor at Stanford University Medical School has described lockdowns as the “worst public health mistake ever made” and said that the harm to people is “catastrophic.”

Dr. Jay Bhattacharya was speaking during an interview with the Daily Clout. He co-authored The Great Barrington Declaration, the petition that calls for an end to lockdowns. Tens of thousands of scientists and medical doctors have signed the declaration.

Bhattacharya told the Daily Clout that the declaration came about because of two facts. He said:

“One is that people who are older have a much higher risk from dying from COVID than people who are younger…and that’s a really important fact because we know who his most vulnerable, it’s people that are older.

So the first plank of the Great Barrington Declaration: let’s protect the vulnerable,” Bhattacharya said. “The other idea is that the lockdowns themselves impose great harm on people. Lockdowns are not a natural normal way to live.”

In a recent interview with Newsweek Magazine Bhattacharya said that the response to coronavirus has been the worst public health mistake in a century. He told the magazine: 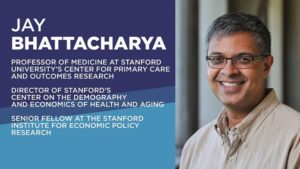 “I stand behind my comment that the lockdowns are the single worst public health mistake in the last 100 years. We will be counting the catastrophic health and psychological harms, imposed on nearly every poor person on the face of the earth, for a generation.

At the same time, they have not served to control the epidemic in the places where they have been most vigorously imposed. In the US, they have – at best – protected the “non-essential” class from COVID, while exposing the essential working class to the disease. The lockdowns are trickle down epidemiology.”

I believe that lockdown sceptical scientists outnumber those who support them.

I say this because to date, the Great Barrington Declaration has been signed by more than 13,000 medical and public health scientists and 41,000 medical practitioners.

The public is unaware of this. The only scientists seen on the media today, are those who advocate for lockdowns now and warn of lockdowns to come next Winter.

I repeat, this could be over in a day, if the media decided to end it.

Richie Allen is the host of The Richie Allen Radio show, Europe's most listened to independent radio show and is a passionate supporter of free speech. He lives in Salford with the future Mrs Allen and their two dogs.
All Posts
4.6 5 votes
Article Rating
Login
Please login to comment
13 Comments
Inline Feedbacks
View all comments

Anyone else seen this? https://rumble.com/veg3uf-canadian-doctors-speak-out.html
It’s just exactly what all the frightened sheep need to be seeing ,but how?? I am not on any of the social media platforms and have no idea how or where to share any of this stuff. All I’ve been doing is sharing with family, but they’re not interested either. What do we do?

Well I’ve been trying to wake people up about the PCR test since last April when I saw footage of its creator, the late Kary Mullis, explaining what it is really for and why it should never be used for diagnostic purposes. I’ve spent months getting the same response you’ve had, people won’t listen. This is the whole problem.

Spot on! I used to say that the ignoring what’s happening is like Germany, pre war years. I have stopped saying that. As back then, it would have been very difficult to get the real facts. Now with everything being available by the click of a mouse, there is no excuse. I’M calling it willful ignorance. People are just burying their heads in the sand, wanting to stay in the Matrix. Rather than face the truth.

No mistake. It’s done deliberately by psychopaths in the shadows through their minions

I encourage everyone to have a look at Covid attributed deaths as a percentage of a nation’s population. I’ve looked at all of them. The nation with the highest Covid death toll is San Marino at just over 0.22%. In comparison, the UK stands at just over 0.18% and Ireland stands at nearly 0.09%.

Nearly 0.09% OMG. I’d better stay in because 3 masks probably won’t be enough and then seal all the gaps in the windows and the doors. Then of course I need to ring up about the vaccine but will I be safe to go outside to go and get it? Well at least I’m not in San Marino.

Isn’t it crazy? Personally I don’t even believe the virus exists but even by their own figures there’s no justification for any of the things they are doing. Thanks for the info.

What is your source Craig?

https:// world health org.shiny apps.io/covid/
Take the spaces out. I tried posting the link properly but it wouldn’t register. I’ve been using the site for two days and have had no problems with it.
Once on the sight go to ‘Country/Area/Territory’ tab and use the drop down box on the left-hand side of the screen.

I tried putting influenza instead of covid and it says not found. So they are only interested in one disease then.

Of course. It’s the biggest game in town, as the saying goes.

I have a thought (just one for the moment; it’s been a lazy morning). We know that Covid is an excuse to transfer huge amounts of public wealth into private hands, but is it not also an excuse to transfer power from national governments to a more centralised body (like the UN or WEF)? To do this would need huge public support.
So, when the time is deemed right, I think the media will step up to expose the con – not just of ruling parties, but of the complicity of opposition parties – and in so doing show the public that national governments can no longer be trusted. We are already seeing the trickle-feeding of a better alternative (a single, global government) building towards this idea with the global roll-out of ‘Build Back Better’, ‘Global Solutions for Global Problems’, the WHO ‘trying’ to get nations to cooperate, the WEF driving corporate standards, etc ,etc.
As I said, just a thought.

Great point and more than plausible, one world government is the goal so why would they not go down that route it would be the ultimate ordo-ab-chao.