Stop Caving In To Screaming Snowflakes. For Their Own Sake, Tell Them To Fuck Off.

Sony pictures are some shower of bastards eh? How dare they! I mean how dare they include a character who suffers from an allergy in their new adaption of Peter Rabbit? Who's in charge at Sony? How could you forget to ask the worlds allergy sufferers for their permission to feature a bunny with an allergy? You insensitive monster! Look at the outrage you've caused! Tom Murray is not happy.  He Tweeted; "Raincoats may be cute, but to support a movie that promotes bullying to children with food allergies is disgusting. Shame on @sonypictures for finding humour in bullying children like my daughter. Sickening!" Go Tom. Fill yer boots man.

What's it all about? Well Sony released their adaptation of the Beatrix Potter book Peter Rabbit in US cinemas this weekend. The character Tom McGregor, who is allergic to blackberries, is attacked by Peter and his friends who shower him with the fruit, even shooting one into his mouth, until he is forced to use an EpiPen to treat his reaction.

Campaigners condemned the scene and some Twitter users adopted the hashtag #boycottpeterrabbit.

Yes, you don't like a scene in a film, so you demand that everyone else boycotts it? Brilliant. The charity Kids with Food Allergies Foundation posted to Facebook. They said "food allergy jokes are harmful to our community."A petition was launched and demanded that Sony apologise. And of course the weak kneed cardboard cut-out executives at Sony caved in didn't they? Why didn't they just tell these idiots to fuck off, or even ignore them? Isn't bullying something that every child has to confront at one time or another? Every child in the world experiences it or witnesses it. It is a fact of life. The bullies in Peter Rabbit target Tom's blackberry allergy. It's exactly the sort of thing bullies do. Bullies also make fun of those who are different. How could food allergy jokes be harmful to the allergy suffering community? I'd have thought the filmmakers were raising awareness of food allergies which is no bad thing. I'm sure too, that the narrative reflects the bunnies contrition and ultimate acceptance of Tom and his allergy. 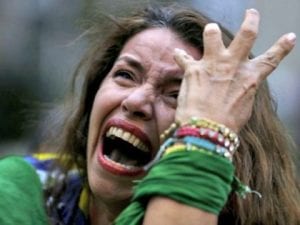 This appears to be something of nothing, a harmless story even, but it isn't. We are teaching our children that you do not have to live in a world where you are confronted with opposing ideas and opinions. If something offends your delicate identitarian sensibilities, you need only scream as loud as you can and demand that whatever has triggered you is removed and banned. Seriously, for their own sake, start telling these snowflakes to fuck off.

richieallen.co.uk
Previous George Soros Is A Combination Of Every James Bond Villain And Then Some. He Is Truly Evil. Next Aid Agencies Are Being Used As A Front By Disaster Capitalists & Child Traffickers.