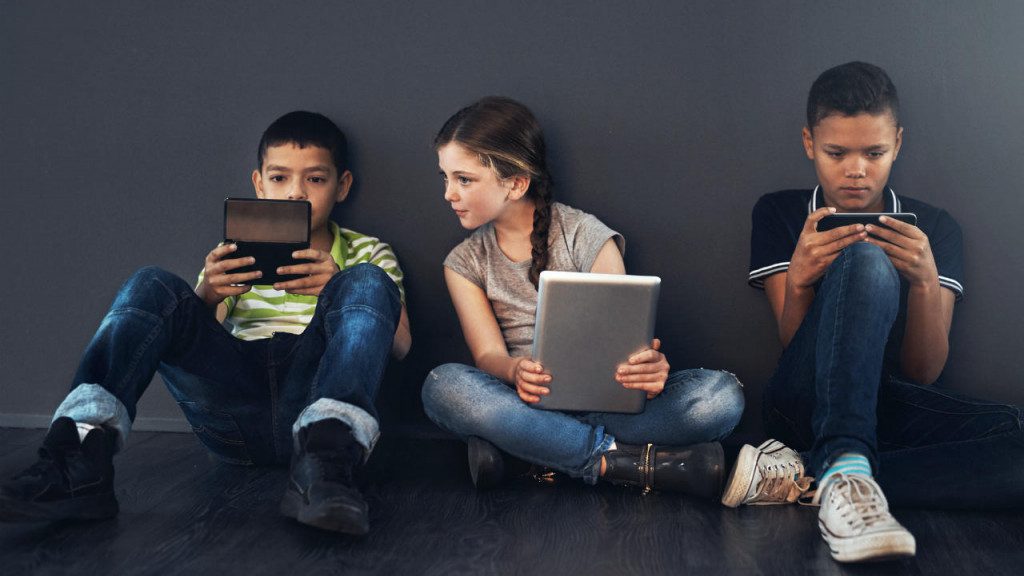 Study Suggests Too Much Screen Time Can Kill You

Researchers have claimed that staring at smartphone screens for too long can cause an excess of light exposure which could shorten the lifespan of users.

“As screen time among almost all humans increases – a natural part of the digital world – researchers are warning that too much light exposure every day can have disastrous long-term consequences.

Researchers at the Buck Institute, a Bay Area nonprofit that investigates matters related to aging and age-related disease, found that light exposure to the eyes can disrupt the circadian rhythm, and as a result, cause or worsen chronic disease.

Because the eyes are constantly exposed to the outside world – unlike many other organs – their immune defenses are more active. Over-active defenses can disrupt internal body processes, and cause harm to other organs as a result.

‘Staring at computer and phone screens, and being exposed to light pollution well into the night are conditions very disturbing for circadian clocks,’ Dr Pankaj Kapahi, a professor and nutrition expert at the institute, said in a release.

‘It messes up protection for the eye and that could have consequences beyond just the vision, damaging the rest of the body and the brain.’

The research team notes that previous research has noted a correlation between poor overall health and eye disorders.
Dr Brian Hodge, a researcher at the institute, explains that every cell in the body operates on a circadian clock.

These clocks operate on 24 hour cycles, having evolutionarily adjusted to dealing with the daily day-night cycle.

Nearly every cell in the body operates on this cycle in one way or another, leading to it impacting every single bodily function.

Many people’s circadian rhythms are being disrupted, though, as life stressors, device usage and other factors are leading to people sleeping less now than before.

Light in particular can disrupt these cycles even further.

The researchers explain that the eyes become inflamed when exposed to light, a normal body process for the organs that face the outer world.

Where problems arise are when the eyes are inflamed for too long, which can cause or worsen some chronic diseases.

Kapahi and Hodge discovered this when they took part in research on fruit flies to see how exposure to food, light and other factors would affect their lifespan and body processes.”

Richie Allen is the host of The Richie Allen Radio show, Europe's most listened to independent radio show and is a passionate supporter of free speech. He lives in Salford with the future Mrs Allen and their two dogs.
All Posts
3.5 2 votes
Article Rating
Login
Please login to comment
1 Comment
Inline Feedbacks
View all comments

‘Because the eyes are constantly exposed to the outside world…’
While I recognise the validity of the argument, when do we ever really see it used to criticise street lighting outside bedroom windows or the multitude of brightly lit nighttime signage in every city?
If constant exposure to light is to blame for a multitude of health problems, then city living – in particular – has to be identified as unhealthy.
However, heavy curtains can alleviate much of this.

I would argue that what is more impactful is noise since, unlike our eyes which have eyelid protection, our ears are constantly working – even in sleep.
As those organs have evolved to warn us of potential danger at any time, living in an environment of constant and varied noises (especially loud, startling ones) must have a negative psychological and physiological impact. Among these would be almost constant cortisol and adrenal ‘rushes’ that research has shown cause all sorts of health problems, including psychosis and fatigue, and/or de-sensitisation on multiple levels.
This may, in part, explain why so many people living in urbanised areas become either violent or apathetic.

This website uses cookies to improve your experience while you navigate through the website. Out of these cookies, the cookies that are categorized as necessary are stored on your browser as they are essential for the working of basic functionalities of the website. We also use third-party cookies that help us analyze and understand how you use this website. These cookies will be stored in your browser only with your consent. You also have the option to opt-out of these cookies. But opting out of some of these cookies may have an effect on your browsing experience.
Necessary Always Enabled
Necessary cookies are absolutely essential for the website to function properly. This category only includes cookies that ensures basic functionalities and security features of the website. These cookies do not store any personal information.
Non-necessary
Any cookies that may not be particularly necessary for the website to function and is used specifically to collect user personal data via analytics, ads, other embedded contents are termed as non-necessary cookies. It is mandatory to procure user consent prior to running these cookies on your website.
SAVE & ACCEPT
wpDiscuz
1
0
Would love your thoughts, please comment.x
()
x
| Reply