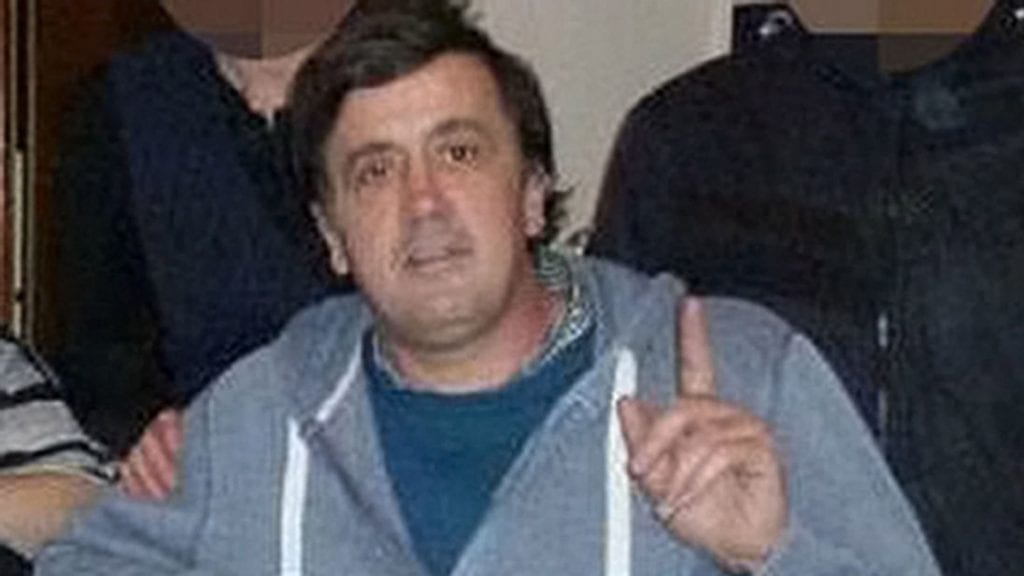 Yesterday, Darren Osborne was found guilty of murder and attempted murder. He’s the Finsbury Park terrorist, who drove a van into a crowd of people on June 19th last year, killing one man and seriously injuring others. By the time you read this, he’ll have been sentenced to life in prison. What a senseless waste of life, the life of Makram Ali, the unfortunate victim and of course the life of Osborne himself. We’re told that Osborne rented a van and drove from his native Cardiff to London, with the intention of murdering Labour leader Jeremy Corbyn.  Corbyn was attending an Islamic march the day before, but upon realising he couldn’t get anywhere near Corbyn, he changed tack and drove around for hours looking for an alternative. Why did he want to murder Corbyn? Well it’s claimed that he saw Corbyn as a terrorist sympathiser. He believed that Muslims were creating a “nation within a nation” and were being enabled by the Labour leader and others. 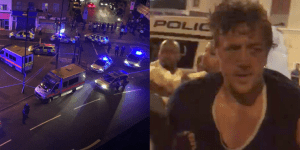 But he couldn’t get to Corbyn, so he drove around and around for hours, eventually asking for directions to the nearest mosque. He was directed to Finsbury Park in the north of the city. It doesn’t feel right does it? Stay with me for a few minutes, it gets stranger still. CCTV footage shows Osborne doing laps of the area, with cameras capturing the moment he drove through a crowd of people in Islamic dress shortly after midnight. It must have been a terrible scene. He was dragged from the van, pummelled and held down while others called the emergency services. This is where it gets stranger still.  Witnesses said that Osborne was smiling and blowing kisses after the attack. “I’ve done my job,” he said to people as they held him and waited for police. “You can kill me now,” he was said to have added. What did he mean by “I’ve done my job” exactly? Why was he smiling and blowing kisses? Hmmmm.

There was a handwritten note in the van. How convenient and it must be said, how common. There’s a lot about Osborne’s story and the timetable of events, that we have heard before. I would say there are uncomfortable similarities with other terrorist attacks. Uncomfortable similarities and uncomfortable conveniences. His note complained about terrorists on UK streets and the Rotherham child grooming scandal. The note referred to Muslims as “feral” and described Muslim men as “rapists”, declaring they were: “Hunting in packs preying on our children, this will be coming to a town near you soon, it most probably has, get back to the desert, you raping inbred bastards & climb back on ya camels.” Strong stuff indeed. Bizarrely, we are told that Osborne wrote the note the day before in his local pub in Cardiff and there is even CCTV footage of him writing it!  Apparently, upon writing the note, he began ranting and raving, a windy tirade against Muslims that disturbed the punters present, leading to his ejection from the premises. Witnesses in the pub told how Osborne declared: “I’m going to kill all the Muslims, Muslims are all terrorists.

It’s all very neat eh? Or maybe it isn’t. Senior BBC and SKY NEWS journalists, covering the trial at Woolwich Crown court expressed genuine surprise at the speed with which Osborne became radicalised. I featured some of their reports on last nights RA Show. They are right to be surprised or even shocked, because the prosecutor claimed that Osborne became radicalised in less than a month! Here’s a snip from  today’s Independent newspaper:

Barmen at The Pick and Shovel pub remember Osborne as a “normal” man, if a bit of a loner. Adam Roach, general manager of the Pontypridd establishment, said the father-of-four would quietly drink alone and showed no sign of aggression or strong political views. “He wasn’t a person who looked like he was going to kill someone,” he recalled. “When I found out about the attack in London I couldn’t believe it was Darren. I felt absolutely shocked.” But the man he remembered was not the same man who ploughed a van into Muslims at Finsbury Park raving that he wanted to “kill more Muslims” as his victims lay scattered on the ground. The Osborne seen in The Pick and Shovel had not yet watched a drama on the Rochdale grooming scandal that triggered a spiral of radicalisation his family was powerless to stop. Woolwich Crown Court heard how the unemployed father-of-four, who had not worked for a decade, became “obsessed” with Muslims and started gorging on far-right material.  Police said the 48-year-old became radicalised in just three to four weeks, as evidence from devices he used show him reading posts by the former English Defence League leader Tommy Robinson, far-right group Britain First and other extremists. Like many terrorists, Osborne had a “dysfunctional“ background and history of violence, having served two years in prison for assault and suffered from depression, alcohol and drug abuse. Osborne’s partner, Sarah Andrews, painted a picture of a restless, troubled and unpredictable man who she described as a “functioning alcoholic”. He had been prescribed medication for anxiety and depression and referred to rehabilitation services, but appeared to be worsening……

A normal man. A bit of a loner. No sign of aggression or political views. People who knew him couldn’t believe it. He went from watching a docu-drama about Asian grooming gangs to murdering a Muslim in a few weeks. He was taking medication for anxiety and depression. Stop me if you think that you’ve heard this one before. Of course you have heard this one before! 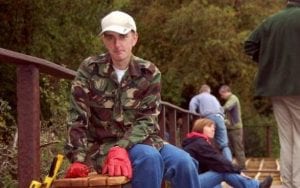 Darren Osborne’s back story practically mirrors that of Thomas Mair, the man serving life in prison for the murder of MP Jo Cox. Just like in the case of Osborne, those who knew Mair still can’t believe that the mild mannered community volunteer is the same far right racist murderer he will forever be known as. And there are others with eerily similar back stories. I won’t labour the point, it’s virtually the same narrative every time.

In court, the jury were told that Darren Osborne, having watched the BBC grooming gang serial, began gorging on far right websites and started following Tommy Robinson, Jayda Fransen and Infowars. Now as odious as Robinson and Fransen are, it is ludicrous, but worrying, that some blame has been apportioned to them here. Worrying, because both Theresa May and her predecessor, the pig fancier himself, have warned about the dangers of conspiracy theorists and fake news and how the purveyors of both, can increase the risk of radicalisation. The polarising Robinson, Britain First and the Alex Jones’s of the world are no threat to the system at all. They prop it up and do their very best to advance the divide and conquer agenda. They are the system incarnate. The cabal doesn’t want to silence them, it wants to silence genuine independent and genuine alternative media, that doesn’t play the left/right game. The Truther Industrial Complex is a creation of those who created Donald Trump, Bernie Sanders and Jeremy Corbyn.

Back to Darren Osborne. Strangely, for most of his trial, he offered no defence. However last week, he changed strategy and claimed that he had planned the attack with “a guy called Dave” and another man called “Terry Jones”. Claiming “Dave” was driving the van, he said he was in the footwell and had no idea what was happening. With no evidence whatever to back it up (I’ll always be honest at least), I believe Darren Osborne was under some form of mind control and wasn’t acting of his own volition. 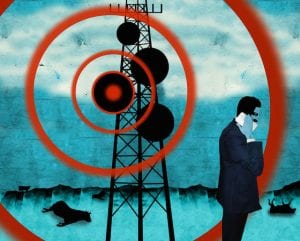 The technology, voice to skull, has been around for yonks and it has been used time and time again, officially too, look it up. Listen to my conversations with former Royal Navy weapons researcher Barrie Trower. ” With yesterdays technology, I can take over your mind in thirty hours Richie,” Barrie told me this week. Did Darren Osborne behave like a man operating under his own steam? Remember, witnesses said that he was smiling and blowing kisses after the attack. “I’ve done my job,” he said to people as they held him and waited for police. “You can kill me now,” he was said to have added. Done my job, think about it. He was on anti-psychotic medication. He was a loner. He was a perfect subject for anyone that needed a Manchurian Candidate.

These are questions that will never be asked on British television. You and I could live to be 1,000 years old. It’ll never happen. Many terrorist attacks are genuine, many are false flag ops, where agents of the deep state murder indiscriminately and make it look like someone else did it. But patsy’s are used too. I believe poor old Darren Osborne and poor old Thomas Mair were present at the murders of Makram Ali and Jo Cox, but I believe that they weren’t conscious at the time. The lights were on but nobody was home, someone else was at the controls and driving them on. I just can’t prove it.