The Front Pages Of The UK's Sunday Newspapers Jan 28th 2018

Ahead of Sunday View, which is LIVE at 11 AM UK Time this morning, take a look at the front pages of today's newspapers. Join me for the live show on www.richieallen.co.uk, www.fabradiointernational.com, www.triggerwarning.tv 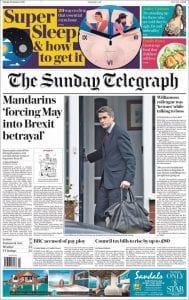 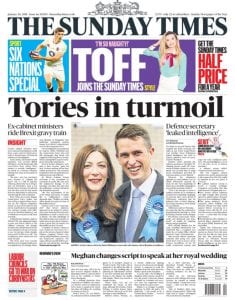 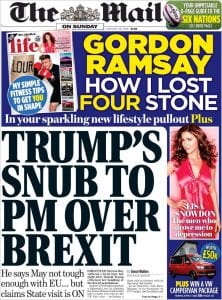 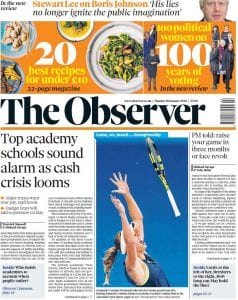 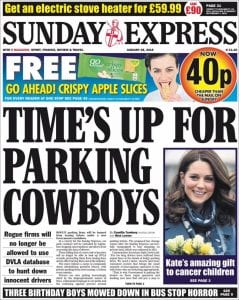 The Sunday Telegrah says government sources are concerned that civil servants who opposed Britain's withdrawal from the EU have "taken control" of the agenda and are "forcing a weak prime minister into a soft Brexit". A cabinet source is quoted as urging Theresa May to "rein in" the cabinet secretary, Sir Jeremy Heywood, and Europe adviser, Oliver Robbins. In response, Downing Street insisted Mrs May had "set the direction of Brexit negotiations" and was supported by a "very able civil service".

"Tories in Turmoil" is the headline in the Sunday Times as it reports on the latest salvo in the battle to succeed Theresa May.It describes how leading Tories have "traded blows" over the defence secretary Gavin Williamson's comments about the threat of a Russian cyber attack. Friends of Mr Williamson say claims it was an attempt to distract attention away from his personal life are part of a smear campaign to "derail" his plan to become the next party leader.

The Mail On Sunday publishes lengthy extracts of Piers Morgan's interview with President Trump - to be broadcast on ITV - in which he states he would have adopted a "different attitude" towards negotiating Brexit. Mr Trump complains that he has "had a lot of problems with the EU" and what he calls its "unfair" trade policies, warning that could "turn out to be very much to their detriment".

richieallen.co.uk
Previous Snowflake Feminazi Cultural Marxists Have Just Ruined The Darts! Next The EU & The British Media, What A Hive Of Scum & Villainy.