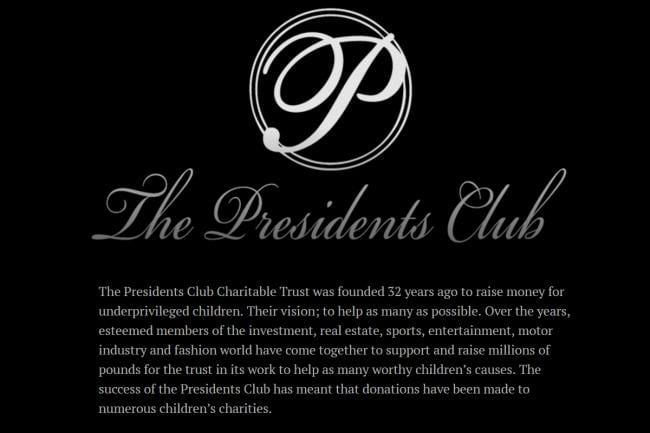 The Presidents Club Hostesses Are Not Victims. They’re An Embarrassment To Women.

So Madison Marriage (great name) went undercover for the financial times. Undercover you say Rich? Brilliant. What did she do, expose a paedophile network, a care home abuse scandal, arms trading? No, Madison went to a charity dinner for elitist, filthy rich, toffs and she wore a wire. Don’t be surprised when Pulitzer doesn’t call dear. The Presidents Club is (was?) a men only organisation and has been raising money for charities for thirty years. The annual dinner sees around 350 luminaries from finance politics and entertainment gather for a black tie dinner. They auction things, raise money and seemingly raise hell too. And the raucous juvenile behaviour on display at these dinners has never been a secret.

Alrighty then. Madison Marriage went to work as a hostess for the night, her and around 100 other women. Get this, they were told, told mind, what to wear, down to their undercrackers. Right? The clothing had to be revealing and not only were they told to have a drink while on duty, they were also advised to down a few before arriving! The event programme, which the hostesses are given, says it is totally Un-PC and in fact the compere for the evening, Channel 5’s Jonny Gould, opened the evening with the cry, ““Welcome to the most un-PC event of the year!” Lovely. With the scene set, forewarned and forearmed, Madison went to work to film and to expose the perverts. 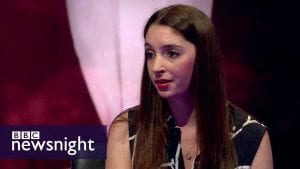 You know by now, that the FT ran the story of the apparently shocking sexism and misogyny on display. The groping and fondling was off the scale allegedly. The jokes were crude. Asses were slapped, hands were grabbed and the occasional breast was fondled. One of the attendees invited a girl to join him upstairs in his room. Virtue signalling women (The usual suspects) like Yvette Cooper, Caroline Flint and the rest, rushed to a camera to say that this has to stop, that it must stop now, the conversation has to be changed, men have to speak out and men must inform on other men who behave like this!

Yeeeahhh….well, hang on just a minute there. How can any of those hostesses claim, that they didn’t know what type of event it was and what sort of behaviour they might encounter? You’re encouraged to drink before and during the event. You’re told what to wear, down to your underwear and you know who these men are. They’re not real men! These are privileged, filthy rich, entitled, totally obnoxious characters. Most of them have been through the country’s most exclusive schools. They get what they want and when they want it. £500 an hour escorts are a text message away. These guys don’t just objectify women, they objectify everything and everyone! You know this, yet you go along, they behave in exactly the way you knew they would behave and then you cry “I was objectified! I was groped!” Give me a break! This carry on is atypical of men generally and what’s worse is, they know it! We’re dealing with The Bullingdon Boys here, not regular blokes! 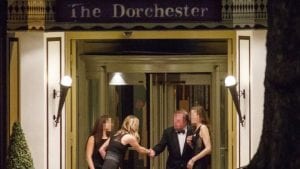 And the virtue signalling! Christ! Great Ormond Street Hospital says it will return £500,000 to the club ‘cos the money is tainted! “No new kidney for you little Billy, we can’t take money from those dirty men!” Government minister Nadhim Zahawi, 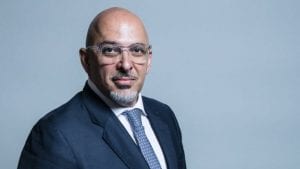 who was there but said he saw nothing, has now claimed he will never attend a men only event again! What a muppet he is.

You know, Feminists can’t have their cake and eat it. Are women powerful, strong, intelligent and as capable and as equal as men? Or are women just masses of quivering jelly, incapable of speaking their minds, speaking for themselves and standing on their own feet? Make your mind up. This crap should embarrass real feminists. I nearly crashed the car this morning. Young women were describing their hellish experiences of city centre clubbing on BBC Radio 5. It’s horrifying apparently, that they cannot go out, without being propositioned by a man. They can’t turn around without bumping into some poor hopeful bloke who wants to buy them a drink or ask them for a dance. What in the name of the baby Jesus is the world coming to? “We want to be left alone” a pathetic millennial snowflake told the BBC presenter, while describing her most recent night out. Aarrgghhh! Just say no love! Just say “No thanks, I’m alright.” How fecking difficult is that?

Can you see what’s going on here? It’s as plain as the nose on your face. It is about emasculating man. Yes it is. It is conflating the crimes of Hollywood moguls like Harvey Weinstein with things as harmless as flirting or asking a woman out for a drink, or even telling a woman that you fancy her. They want to criminalise it. Really, they do. What will that lead to? Will women announce on social media, that for the next 36 hours they are open to offers? Outside of that she’s off limits? Will any approach thereafter be deemed as harassment? Thank God I am 43 years old and the days of asking girls out are behind me (hopefully). I must have asked hundreds of girls to dance, I must have offered hundreds of girls a drink, so that I could chat with them and get to know them. I was turned down hundreds of times too. It was no problem. “No thanks”, I was told, “but thanks for asking.” Harmless. Natural.

These are very dangerous times. What are we teaching young boys and girls? We’re teaching young boys, that it is dirty to think about girls in a sexual manner, that it is offensive and harmful to them. They’re blurring the lines and deliberately too. There is absolutely no relationship between Weinstein’s behaviour and the objectification of women by elitist toffs on the one hand and men flirting with their female colleagues and asking them out on the other. None. Who is blurring the lines? Why are they doing it? What’s the payoff? I’ll be exploring this subject on The RA Show in the coming days and weeks.