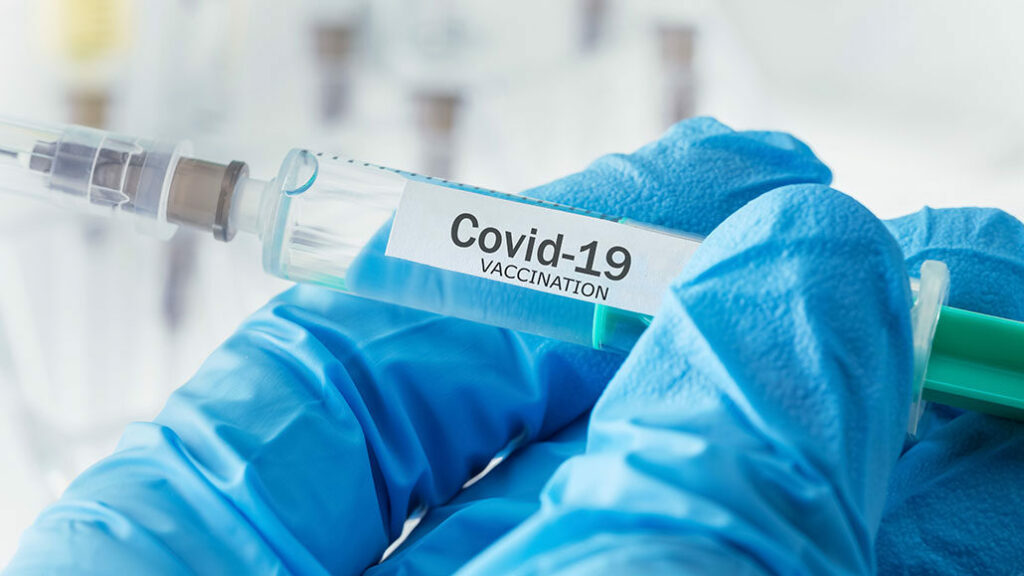 A Professor at a major Berlin hospital has claimed that he has recorded 40 times the amount of serious side effects resulting from Covid vaccination, than the German authorities will admit to.

Over the past year, Professor Harald Matthes of Berlin’s Charite University Hospital has been conducting a study entitled “Safety Profile of Covid-19 Vaccines.”  40,000 vaccinated people were observed. Matthes and his team found that one in every 125 of them have struggled with serious side effects.

As Matthes called on doctors to speak up for those allegedly injured, US pharma giant Pfizer released a tranche of data apparently showing its jab was far less effective than claimed.

Matthes has been conducting a study entitled ‘Safety Profile of Covid-19 Vaccines’ for a year, and after surveying 40,000 vaccinated people, he has noticed that one in every 125 have struggled with “serious side effects,” Germany’s MDR television network reported on Tuesday.

“The number is not surprising,” Matthes explained. “It corresponds to what is known from other countries such as Sweden, Israel or Canada. Incidentally, even the manufacturers of the vaccines have already determined similar values ​​in their studies.”

However, Matthes claimed that this risk profile is 40 times higher than that noted by the Paul Ehrlich Institute (PEI), the health ministry agency in charge of the country’s vaccine rollout.

The PEI currently states that serious reactions occur in just 0.2 out of every 1,000 vaccine doses administered.

Some of the effects Matthes’ team have recorded include muscle and joint pain, heart inflammation, dysfunction of the immune system and neurological disorders.

With 179 million vaccine doses administered in Germany thus far, Matthes claimed that there could be as many as “half a million cases with serious side effects.”

The researcher, whose hospital is regarded as the best in Germany and has treated former Chancellor Angela Merkel, said that doctors need to take action and discuss the prevalence of such side effects “openly at congresses and in public without being considered anti-vaccination.”

In the US on Tuesday, the Food and Drug Administration (FDA) released 90,000 pages of documents from vaccine manufacturer Pfizer relating to the safety and efficacy of its Covid-19 shot.

Preliminary analysis of the document dump suggests that during the pharma giant’s own studies, 1,223 people out of 29,914 suffering adverse events died following vaccination, and that the jab reduced the absolute risk of dying from Covid-19 by less than one percent, a point that has already been highlighted by research published in The Lancet medical journal.

Read that last paragraph once more. ..during the pharma giant’s own studies, 1,223 people out of 29,914 suffering adverse events died following vaccination..

As I discussed on last night’s RA Show, at the conclusion of Pfizer’s own trials, the company’s scientists stated unequivocally, that pregnant women should not be jabbed. We only know this now, because a US Federal judge ordered Pfizer to release the data.

Otherwise, that information would have been sealed for 75 years.

I’m pretty sure that the Medicines and Healthcare products Regulatory Agency (MHRA) and the Joint Committee on Vaccination and Immunisation (JCVI) were fully aware of the deaths that occurred during Pfizer’s trial and also that the company declared it unsafe for pregnant women.

So why then, did the UK’s drug regulator and the body that advises the UK Government on vaccination schemes, push so hard for pregnant women to have it?

I’ll leave that one hanging there…

Richie Allen is the host of The Richie Allen Radio show, Europe's most listened to independent radio show and is a passionate supporter of free speech. He lives in Salford with the future Mrs Allen and their two dogs.
All Posts
5 5 votes
Article Rating
Login
Please login to comment
17 Comments
Inline Feedbacks
View all comments

This is a quote from American Frontline Doctors

“On April 25, 2022, the failed Ebola drug Remdesivir was approved by the FDA for “treatment” of Covid-19 in babies as young as 28 days old and as small as seven pounds! This is the exact same drug that has been wreaking carnage throughout hospitals since Fauci and Company approved the rigid CARES Act hospital protocol, along with bonus payments for treatment of Covid-19 with Remdesivir.”

The FDA, the regulatory body that is largely funded by those they are supposed to be regulating.

Yes,the dangerous , untested vaccines, a female friend of mine had her first dose of the stuff and a week later she was admitted into hospital with an irregular heartbeat and meningitis both proven side effects of the vaccine ,saw her sister aswell and her colon is not right after the vaccine and a friend of mine his work colleague’s daughter dropped down dead the day after the vaccine and my friend’s sister has suffered numerous mental health issues after receiving both doses of the shite ,the MSM really need to be investigating these issues but evidently are not am pretty sure if they did the general public would be aghast.

And to think that a middle aged man with a history degree (he was very proud of that fact) recently said to me ‘why would our government wish us harm?’

In the face of that stupidity and ignorance (I had to wonder what history he’d studied), I could only close my mouth and walk away.

The pandemic is the vaccines. Just stop them now and the testing and this whole covid nonsense will disappear which is of course why they won’t do it.

Hi J, Absolutely! ” The pandemic is the vaccines”. I like that, never a truer word said.

I’m always interested in the type of person who marks down a comment without leaving a counter argument.
It smacks of cowardice.

I’ve got rid of your downvote now because I agree with you. I never downvote people I either debate them or ignore them.

I got a down vote? How amusing.

Your reply to Jennie got a down vote. I reversed it.

Thanks , very odd though. I cant think why anyone on here would red tick that. Just posted something under the article about the behavioral insights team guy. You may find interesting.

I think someone is just playing silly buggers on this feed.