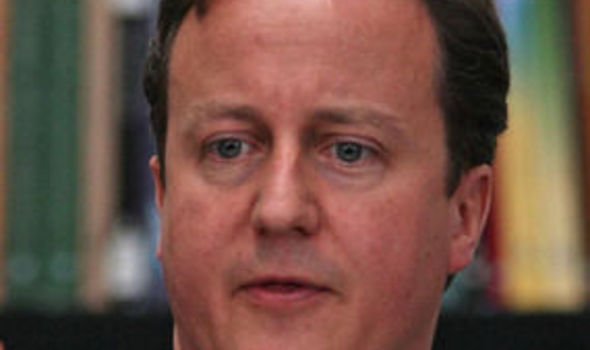 When one mother queried the policy she was told that if her daughter wasn’t happy sharing a room with a trans girl (a boy), she needed to be educated to respect his identity.

The National Citizen Service (NCS), largely funded by the Government, has been accused of putting young people at risk by allowing them to choose which dorms, toilets and showers they want to use.

Parents on Monday night questioned whether those signing their 16- and 17-year-olds up for the two-week activity project were aware that the dorms were mixed-sex.

One mother who raised concerns about the policy was told by a local provider that if girls were uncomfortable with a boy in their bedroom, they needed “to be educated to respect the identity of the male person”, it is alleged.

Another said that her son left a camp in 2019 because he was sharing a men’s dorm with a trans male and a teenage boy who were in a sexual relationship.

The NCS was launched in 2011 by Mr Cameron, the prime minister at the time, as part of his “Big Society” plans and is seen as central to his legacy.

In the past decade, it has received more than £1.3 billion in taxpayer funding, which up until last year accounted for almost 90 per cent of the Department of Culture, Media and Sport’s youth budget.

Mr Cameron is the chairman of patrons whilst the Government appoints the trustees. Last year, it received £75 million in public funding.
However, parents and campaign groups on Monday night questioned whether the arms-length body was properly safeguarding children.

One mother told The Telegraph that her 16-year-old son, who has recently started identifying as a girl after watching videos on YouTube, signed up to the camp this year and put down “female” when asked his gender.

As a result, the local provider of the residential camp asked him which room he would prefer to sleep in.

When the mother raised concerns, she said she was told that “we will allow the young people to self-ID and they will be put into whichever dorm they feel comfortable in”.

She said: “I didn’t think that it was fair for him to go into the girls’ dorm. If mixed-sex dorms are allowed, then obviously there is the risk of sexual relations, but also this is a threat to the privacy of the girls.

“I don’t know any 16-year-old girl who would be confident being naked in public because it is such a difficult age. I think the girls and their parents need to know this is happening.”

How breathtakingly arrogant of the local provider to tell the concerned mum that boys can sleep and shower wherever they like.

This is a wake-up call for parents of girls everywhere.

Richie Allen is the host of The Richie Allen Radio show, Europe's most listened to independent radio show and is a passionate supporter of free speech. He lives in Salford with the future Mrs Allen and their two dogs.
All Posts
5 2 votes
Article Rating
Login
Please login to comment
5 Comments
Inline Feedbacks
View all comments

Nice to see pig f*cker Cameron still has his snout firmly in the trough 6 years after doing a runner as Prime Minister; £1.3bn over a period of 10 years for his NCS scheme, nice little earner for some.

One thing is for certain, if I had teenage children of my own I’d make sure to steer them well clear of these ‘camps’.

These people make me sick, earning stupid amounts of money for a camp which sounds like a breading ground for pedophilia . They lie and cheat and get no repercussions.
I am so f-off with all of it.
Morals have well and truly been shoved out the window.

You are right Richie not long now before we will be locked up for commenting on things that in my world is not normal.

That’s a nice little earner for Cameron isn’t it? 1.3 billion in just over ten years. To come up with a ridiculous scheme like this he must have been spending all that money on crack, little boys and dead pigs. Fucking pervert and I don’t mean ‘allegedly’ I mean he’s a fucking pervert.

They are all perverts and wish to pervert society from bottom to top, to such time, that the big little pedo logos, no longer need be hidden in plain sight but are the norm everywhere, as gender fluid, un-age restricted, open depravity.

This website uses cookies to improve your experience while you navigate through the website. Out of these cookies, the cookies that are categorized as necessary are stored on your browser as they are essential for the working of basic functionalities of the website. We also use third-party cookies that help us analyze and understand how you use this website. These cookies will be stored in your browser only with your consent. You also have the option to opt-out of these cookies. But opting out of some of these cookies may have an effect on your browsing experience.
Necessary Always Enabled
Necessary cookies are absolutely essential for the website to function properly. This category only includes cookies that ensures basic functionalities and security features of the website. These cookies do not store any personal information.
Non-necessary
Any cookies that may not be particularly necessary for the website to function and is used specifically to collect user personal data via analytics, ads, other embedded contents are termed as non-necessary cookies. It is mandatory to procure user consent prior to running these cookies on your website.
SAVE & ACCEPT
wpDiscuz
5
0
Would love your thoughts, please comment.x
()
x
| Reply