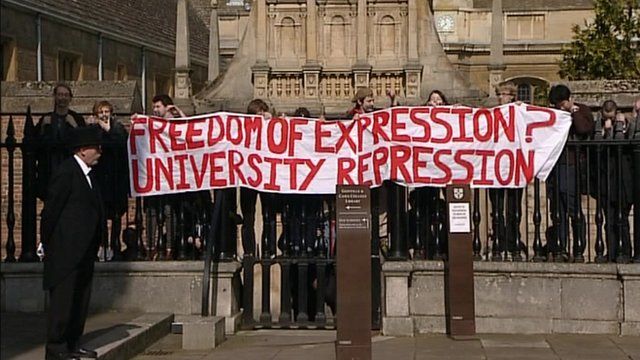 The higher education minister Michelle Donelan has written to universities to warn them that signing up to equality and diversity schemes is having a “chilling effect” on free speech.

Michelle Donelan singled out the Race Equality Charter, which is offered by the education charity Advance HE and has been criticised as a money-making exercise similar to the Stonewall Diversity Champions scheme.

She highlighted the “highly paid management roles” created by these initiatives and asked universities to consider whether they “truly represent good value for money for taxpayers or students”.

This month The Times revealed that Advance HE had backtracked on its guidance around trans discrimination after Cambridge academics rebelled against its requirement to foster a “collective understanding” on the belief that gender can be chosen.

Donelan wrote: “There is growing concern that a ‘chilling effect’ on university campuses leaves students, staff and academics unable to freely express their lawful views without fear of repercussion.

“One of the areas which has come to my attention as potentially being in tension with creating an environment that promotes and protects free speech is university membership and participation in external assurance and benchmarking diversity schemes.

“The Race Equality Charter . . . has recently been the subject of attention from MPs and the media, but there are of course a number of other, similar, schemes, and this letter invites careful consideration in respect of all these.

“Universities and other HE [higher education] providers are autonomous institutions, and the decision over whether or not to join external assurance and benchmarking diversity schemes is up to each individual provider.

“Given the importance of creating an HE environment in which free speech and academic freedom can flourish, I would like to ask you to reflect carefully as to whether your continued membership of such schemes is conducive to establishing such an environment.”

The income for the charity, which receives almost all its funds from universities, was £15.2 million last year while Alison Johns, its chief executive, was paid £172,000.

Discussions are being held with the European Commission about extending the programme to the continent, which could force UK universities to sign up to its principles when applying for European funding.

Kathleen Stock, a professor who left Sussex University after a campaign by students who opposed her views on gender, previously said the scheme was “sinister”.

She said: “The whole thing is topsy-turvy. Universities should comply with equality law. There is no need to insist on extra performances of obeisance to radical political positions.”

A spokesman for Advance HE said: “Freedom of speech and academic freedom are core principles of higher education. These must be protected.

Autonomous institutions must be able to make their own decisions about tackling racism and fostering inclusivity and this includes whether they wish to engage with the Race Equality Charter.

“The REC is about supporting inclusion and belonging and the success of black, Asian and minority ethnic staff and students, enhancing their voice and input and therefore the freedom of speech of an institution overall, so they are complementary aims.

“There are many ways to address racism and we recognise some of these are contested. The REC is a voluntary framework which supports participants in developing approaches to EDI [equality, diversity and inclusion] to meet their own context.”

Richie Allen is the host of The Richie Allen Radio show, Europe's most listened to independent radio show and is a passionate supporter of free speech. He lives in Salford with the future Mrs Allen and their two dogs.
All Posts
5 1 vote
Article Rating
Login
Please login to comment
2 Comments
Inline Feedbacks
View all comments

I remember similar talking points, back in the 1990s, revolving around groups like the tax payer funded Commission for Racial Equality.
Given that these well paid job positions and equality commissions have been around for many decades, but continue to tell us there are definite problems, it could be reasonably argued that they are not doing a good job and are therefore a waste of money.
Either that or they are deliberately keeping divisive issues alive.

Probably both are true. I wish they’d just live and let live and stop all the virtue signalling all the time.

This website uses cookies to improve your experience while you navigate through the website. Out of these cookies, the cookies that are categorized as necessary are stored on your browser as they are essential for the working of basic functionalities of the website. We also use third-party cookies that help us analyze and understand how you use this website. These cookies will be stored in your browser only with your consent. You also have the option to opt-out of these cookies. But opting out of some of these cookies may have an effect on your browsing experience.
Necessary Always Enabled
Necessary cookies are absolutely essential for the website to function properly. This category only includes cookies that ensures basic functionalities and security features of the website. These cookies do not store any personal information.
Non-necessary
Any cookies that may not be particularly necessary for the website to function and is used specifically to collect user personal data via analytics, ads, other embedded contents are termed as non-necessary cookies. It is mandatory to procure user consent prior to running these cookies on your website.
SAVE & ACCEPT
wpDiscuz
2
0
Would love your thoughts, please comment.x
()
x
| Reply