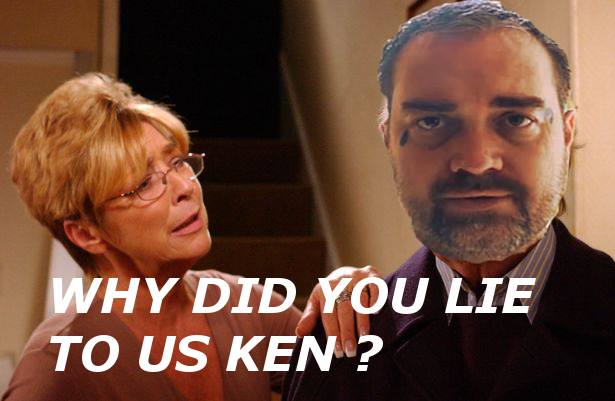 Where is Ken O’Keefe And Has He legally Ended War Yet? Just Wondering Like!

Over two years ago I received an email from a woman called Deanna Amato, a former secretary at TPV. Amato informed me that Ken O’Keefe was launching a new project. He was asking people to send him money, which would be used to fund his “mission”. His mission was to legally end war. At that time, incredibly, O’Keefe wasn’t revealing his strategy for legally ending war. Ken said he wasn’t stupid. He said that he had many enemies who were determined to destroy him, because, as Ken reminded us constantly, he’s a real threat to the criminal cabals of the world. And if you said otherwise, Ken would say you were working for “ze Joos.” I laughed at this absolute folly and told Amato to tell Ken that I could never endorse such patently monumental bollox. I had met Ken at TPV and had invited him on The RA Show to talk about Syria and the Israeli/Palestinian question. I had nothing to do with him outside of that, I didn’t know him prior to TPV. People there seemed to like him and that was good enough for me to have him on occasionally.

But, having read and listened to his statements about his World Citizen Contract, I smelled a rat. It was obviously a pyramid scheme, with one of the conditions of membership being that you brought two others along with you. All three would then pay the fee. You get the picture. People paid to the tune of more than $100,000. It had the potential to generate millions. Extraordinary. I was flabbergasted. How could they not see it? Were people that gullible? Anyway, to cut a long story short, Ken employed a team of around 10 people (give or take one or two) and then began flying around the world to meetings with various other truthers. Over time, his team became suspicious of him and his intentions. Max Igan, as has been well documented, confronted him and found that Ken had nothing, it was simply a scam. Max and the team walked away from Ken and Max explained why he had done so, in an emotional posting on his website. Ken lied through his teeth, claiming his mission was subverted and that he had to “fire the team”. This was exposed as a lie through the publication of emails sent to Ken by those who resigned.

Others came forward with evidence of other get rich quick schemes spearheaded by Ken, including the ill fated “Ship To Gaza” mission, which was a non-starter and left Ken holding a bagful of money and a string of embarrassed well known politicians and activists who had endorsed the frankly ridiculous project. There have been others too, but we’ll leave those alone for today. Max Igan came on The Richie Allen Show. He explained what had happened. O’Keefe came on the following week and committed career suicide in one of the worst performances by any guest I have ever interviewed personally, worse even, than anything I have ever heard on commercial radio. He was in Dominica, where he is shacked up with a young woman who makes a living as a musician. 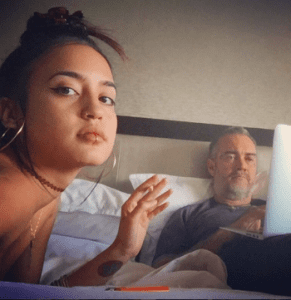 She has nothing to answer for it must be said. So back to my interview with O’Keefe then. Listen to it, it’s on The Richie Allen YouTube channel. https://www.youtube.com/watch?v=imuAALmVR50

It was career suicide. He has never recovered from it. Asked serious questions about his financial statements and asked for proof that he had the legal means to end war, Ken became abusive and irrational. I asked him to publish the accounts and demonstrate that his project had a qualified accountant who could sign off on them. I asked him about his legal strategy. He told me had had paid several thousand dollars to human rights lawyer Curtis Doebbler and that he had the law on his side. Doebbler, claimed Ken, had provided the proof that people around the world could refuse to pay taxes and not be punished, simply because their governments were using those taxes to pay for illegal wars.

Ah sure if only it were that simple eh? Doebbler had provided nothing of any real value. O’Keefe, riding high on the incessant whiff of his own stinking narcissism, didn’t think that I’d call Doebbler. Of course I did. Doebbler said he’d provided an opinion for Ken. I could see it he said, but quite properly, I’d have to pay for it. Gimme the highlights I said. Effectively, said Doebbler, anything was possible, though tellingly, he told me that he would not recommend any tax dodger use illegal war funding as an excuse for non-payment. Doebbler reminded me (I didn’t need reminding), that non-payment of income tax is a criminal matter, not a civil one and that a custodial sentence is always a possibility. So Max Igan was right, it was all a load of old bollox. Ken had wilfully and knowingly conned his disciples again. With typical brazenness, Ken sat down, opened Microsoft Excel and presented to the world the most insulting one page document his tiny mind could come up with. It had some numbers on it, little else. Ken called it a balance sheet. It was a joke. He refused to name his accountant, indeed his derisory document wasn’t signed off by anyone. Twas all bullshit. He then made a series of videos, which were nothing more than narcissism on steroids. Everyone was lying he roared, we were all working for the Joos! His project would launch and that would show us! Fat chance. Six months ago he opened a Patreon account. If only we would send him $2,000 a month, he’d send us some videos of him blaming Ze Joos for everything. That’s not going so well. Last time I looked, he’d earned $600 in six months. I know what you’re thinking, some folks never learn do they? There’s still no sign of his mission launching, although he pops up in Hawaii and the UK and other places from time to time. Who knows where he gets the money eh? Of course he no longer mentions his One World Citizen Mission.

These days, when he is challenged, Ken reverts to type. Jeanice Barcelo, an author who had supported Ken, but then upon realising her mistake began to question him, received a torrent of abuse from our hero and he even began referring to her as Jewnice Barcelo. That Ken, what a guy. Ask me questions about my swindling will you? You are a Jew!!! He even physically threatened me, in response to one of his supporters on FaceBook. Pleeease! I nearly coughed up a lung laughing at that. Ken O’Keefe is a liar and a conman. His mission hasn’t launched. It never will and it was never meant to. These fundraisers are all about financing Ken’s jet-setting lifestyle. The supporters will never see a penny of their money again.  Some of them, heaven help them, continue to email him to ask for news, for updates, or for their money back. The silence is deafening. Ken O’Keefe is The Truther Industrial Complex incarnated. He’s a serial bullshitter, skilled only in telling very vulnerable people what they want to hear, in return for their hard earned money. He’s a parasite. It’s been two years since he raised $100,000 + from good people, well meaning people. All they want to know is when his “mission” will start, or when they’ll be refunded. The answer to both questions is never. Shame on RT and Press TV for affording him some credibility, by bringing him on to sing his greatest hits. If there’s any good to come out of this sordid affair, it’ll be that O’Keefe’s conning days are over and maybe people will be a little more cynical when shysters like him come along. As a credible activist, O’Keefe is dead in the water, but nobody will play The Last Post And Chorus for this fake tough guy.