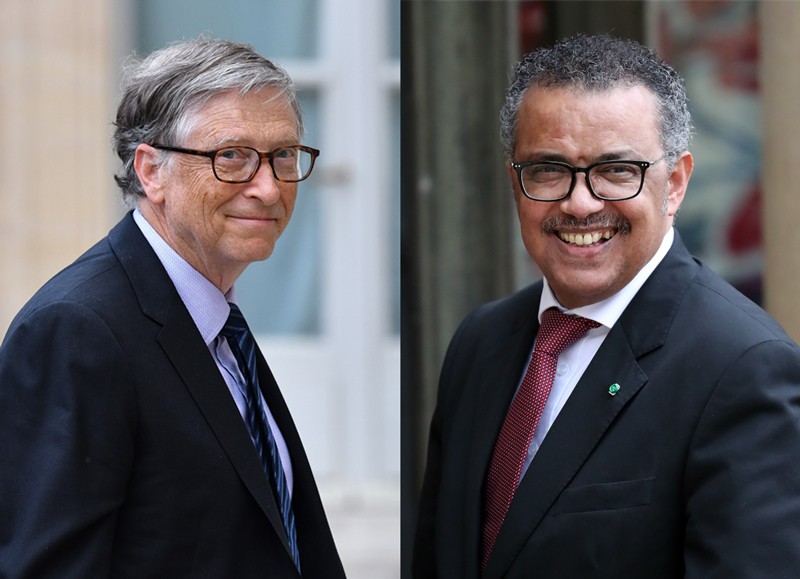 The World Health Organisation (WHO) is claiming that the Covid pandemic killed around 15 million people globally and that many countries undercounted the numbers of Covid deaths.

The WHO believes many countries undercounted the numbers who died from Covid – only 5.4 million were reported.

In India, there were 4.7 million Covid deaths, it says – 10 times the official figures – and almost a third of Covid deaths globally.

The Indian government has questioned the estimate, saying it has “concerns” about the methodology, but other studies have come to similar conclusions about the scale of deaths in the country.

The measure used by the WHO is called excess deaths – how many more people died than would normally be expected based on mortality in the same area before the pandemic hit.

These calculations also take into account deaths which were not directly because of Covid but instead caused by its knock-on effects, like people being unable to access hospitals for the care they needed. It also accounts for poor record-keeping in some regions, and sparse testing at the start of the crisis.

But the WHO said the majority of the extra 9.5 million deaths seen above the 5.4 million Covid deaths reported were thought to be direct deaths caused by the virus, rather than indirect deaths.

Speaking about the scale of the figures, Dr Samira Asma, from the WHO’s data department, said “It’s a tragedy.

“It’s a staggering number and it’s important for us to honour the lives that are lost, and we have to hold policymakers accountable,” she said.

“If we don’t count the dead, we will miss the opportunity to be better prepared for the next time.”

Monumental bollox. What utter garbage. Of course, the inveterate propagandists at the BBC didn’t think to mention today that Oxford University researchers have claimed that the official Covid death figures MUST be wrong.

As The Metro reported in March:

Experts say that many who died early on in the pandemic never tested positive for coronavirus or died of something completely different.

Scientists at the University of Oxford and charity Collateral Global, pored through 800 responses to Freedom of Information requests sent by the public to care homes and medical institutions.

They found that 14 different terms were used to describe someone who died with Covid – including ‘underlying Covid’, ‘involving Covid’, ‘due to Covid’ and ‘died within either 28 or 60 days of a positive test.
Muddying the waters even more, some hospital trusts required a positive test to certify a Covid death, while others did not.

In care homes, doctors certified Covid deaths via video calls, which experts have suggested would have made them assume many people without confirmation.

Many of these homes also failed to mention any underlying health conditions among people who died.

The lies are sickening, aren’t they? And they are so easily debunked too.

Richie Allen is the host of The Richie Allen Radio show, Europe's most listened to independent radio show and is a passionate supporter of free speech. He lives in Salford with the future Mrs Allen and their two dogs.
All Posts
5 3 votes
Article Rating
Login
Please login to comment
12 Comments
Inline Feedbacks
View all comments

I’m sure that the real number of people that died from C-19 is ZERO.

It has never been shown to even exist; and indeed cannot be.

It’s all made up nonsense.

They are lying through their teeth yet again and as usual all of those with the power and knowledge to confront them will roll over or hide.
In response to a freedom of information request earlier this year the Office For National Statistics revealed that between 1st February 2020 and 31st December 2021 in England and Wales just 6,183 people had died solely from Covid, where Covid was the only cause of death shown on the death certificate. Taking that at face value the 150,000 that we were fed by the government and it’s propaganda agents was monumental bollocks!
Apply the same logic to the farcical 15 million claimed by the WHO and anyone with half a brain can see that they are a bunch of gangsters. As usual, there is something at play here and we can only speculate as to what Gates & Co have planned.

Early in 2021, Alex Jones live on air. Went through a list of country’s which had recently been released. That list showed all cause mortality figures for a 10 year period including 2020. In every case without exception, all cause mortality was about average. Even in Italy where things were meant to be at there worst. In fact 2 or 3 years previously the death figures had been higher in Italy.

Over the first few months of 2021, many statistics for the amount of funerals in the UK were published for 2020 and the previous 10 year period. These were for different boroughs and towns and city’s in the UK. All were in response to freedom of information requests, put out by individuals and also UK column and David Icke. These funeral statistics all showed that funerals for the year of 2020 were about average. Thus confirming what the all cause mortality figures were showing.

Statistics have been put out that are said to confirm that there was an increase in deaths due to covid. But this is false information, as those death statistics only show spikes in deaths for specific months between March and May 2020. Which can be explained by the care home butchery and the Midazolam and DNR killings. They do not show all cause mortality for the year.

Not only were people being diagnosed on flue symptoms alone in the early days. But the later used PCR test, according to its creator cannot be used to test for infectious diseases. And that was never its purpose. The testing criteria, or lack of it. Twined with the 28 day rule. In some cases 60 days, i believe shows that we cannot say that anybody died of covid. And if all cause mortality did not increase for 2020, where was this new virus.

100% agree with you. Funeral directors also spoke out about this. The brother of a friend of mine who works in the undertaking business said there was no increase in the number of funerals until the jab was rolled out. I saw myself that there were hardly any new graves in the local cemetery until the jab rollout then there was a sharp increase in a very short time.

They did, Gareth Icke interviewed a couple and one was on Richie I’m pretty sure.

I find it almost impossible to look at a photo or Bill Gates these days. I only see his eyes that show pure glee when talking about viruses killing many people. The man is pure evil. i saw his original Ted Talk about Corona virus in 2015 and a later one, I think in 2019, where he said that the next pandemic was most likely going to be a smallpox virus. I’ve also seen him plugging his new book on TV and he mentioned smallpox again. I thinking he has made his choice for the next pandemic.

Agree, he would know as he’s on the planning committee. He also said in an interview a few years ago that the thing to invest in was vaccines because you would make back 20x your original investment. I can’t bear it when the msm refer to him as a philanthropist.

Yip I went off the term philanthropist when I found Baden Powell? Scouting Movement?, Barnardo’s and many others. John Allen, multiple children’s homes, all to have unhealthy interests in children but helping them, protecting them from abuse’s. Philanthropist is possibly another word for child abusing poverty pimps. CAPP’s

I suspect all three reasons and probably a few others as well.

Agree totally!!!! Those three and more, including the rising interest rates, the rise in everything to put mental, physical and financial pressure onto everybody until the times comes, they hope, that we cave in and do what they want and they reduce us in numbers, vast numbers. But bollocks that won’t happen!