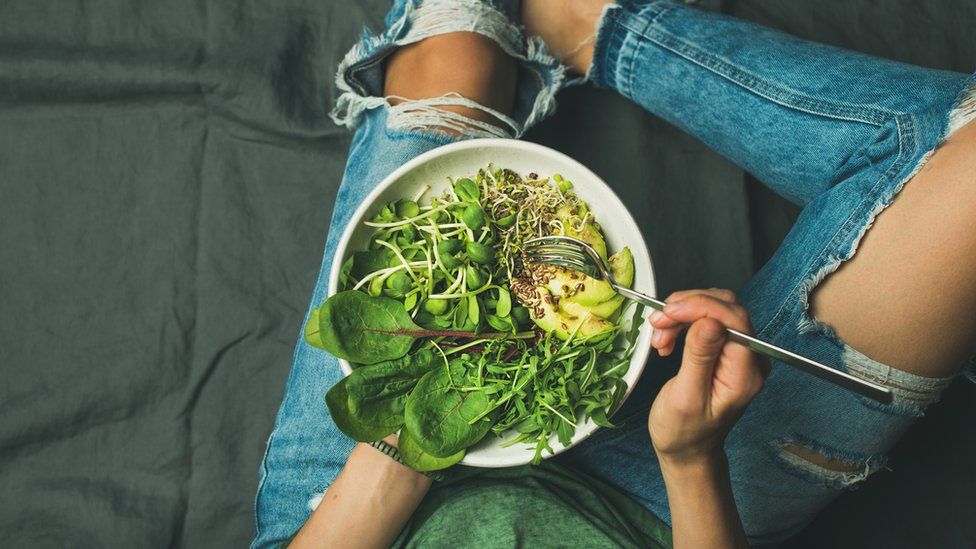 One in ten under-25’s have turned to veganism due to a feeling of guilt over their environmentally harmful habits. Younger people are also more likely than middle-aged or older people to boast about performing green actions such as reducing their water use or donating to charity shops.

One in 10 young people are now vegan and are leading the charge in green “virtue-signalling”, a new report has revealed.

Under-25s are more likely to boast about performing eco-friendly actions such as limiting water use or donating to charity shops than older age groups, a survey of 4,000 adults has suggested.

But they are half as likely to actually carry these out, according to the findings from insurance company Aviva in their latest How We Live report.

Experts said many are feeling “guilty” about their environmentally harmful habits including travelling by plane, buying food in single-use plastic containers containers and putting the heating on.

To assuage this, they exaggerate their eco-friendly behaviour both online and in person, the analysts said.

In the survey, 10 per cent of respondents aged between 16 and 24 said they follow a plant-based diet, a four per cent increase on the national average of six per cent.

Those aged 75 and above ranked the lowest with just two per cent following a vegan diet, a one per cent increase from last year.

But when the analysts looked at the environmental habits of under-25s they found just a third (34 per cent) recycle through bin collections, compared to the national average of 71 per cent.

For the over 75s, the figure was ninety per cent.

The contradictions in the Aviva findings are interesting to say the least. The survey suggests that under-25’s are turning to veganism to help fight climate change, because they are unable or unwilling to limit air travel and they feel guilty about putting the heating on.

However, only one third of them recycle which, if you believe that it makes any difference, is the easiest thing to do. That might be down to laziness. It’s unlikely to be down to any scepticism around climate change among the under-25’s.

It’s also interesting that only half of those who claim to be doing their bit to save the planet are actually doing anything at all. Again, I wouldn’t put that down to scepticism. It might just be peer pressure.

A four per cent rise in under-25’s choosing a plant based diet is a sure sign that younger folks are getting the climate change message loud and clear.

No good can come of that.

Richie Allen is the host of The Richie Allen Radio show, Europe's most listened to independent radio show and is a passionate supporter of free speech. He lives in Salford with the future Mrs Allen and their two dogs.
All Posts
3 2 votes
Article Rating
Login
Please login to comment
16 Comments
Inline Feedbacks
View all comments

Don’t forget when they say “a zero carbon target”, they actually mean depopulation because we are all carbon life forms after all – just saying!

I watched a documentary about recycling in Germany which is supposed to be one of the greenest countries in the world and less than 8% of recycling waste there is actually recycled so goodness knows what the percentage is elsewhere. The best thing is not to create the waste in the first place. Hemp could be used instead of plastic and the amount of packaging used could be considerably reduced to give just two examples.

I was a vegan for some years but then later a vegetarian as my doctor said a vegan diet was too extreme for my body to cope with. I didn’t become a vegan because of climate change guilt which is nonsense but because of the cruel way a lot of farm animals are treated.

I don’t not put the heating on because of guilt as I genuinely do feel the cold badly but because of the whopping increases in the bills. They are trying to blame the situation in Ukraine but it has more to do with the stupid energy policies governments are pursuing.

Last edited 4 months ago by Jennie
1

Veg is best.
Need protein too, but not too much.
Fat is good.
Lots of tea all day, mixture.

Sack off processed food in whatever form.

And eat less, much less.

Not really. They are being bombarded with the same message from government, media, the education system and employers.

In any age when the promoted ‘experts’ extol an idea, most people follow without question.

But people from centuries past did not have access to information the way they do now. When we had our weekly protests we spoon fed people as to where they could look for information but most of them weren’t even prepared to look.

That is also true. Unfortunately, they need to know to ask the questions before they can go digging for the answers. And most people, in my experience, are quite happy to except what they are told/taught, regardless of how much alternative information is available.

In my youth I occasionally went to church services. It never failed to amuse me to see many an older person sitting near the back and dozing. But they could always claim that they went to church every week, thus proving their faith.
That during the week many of these same people acted in spiteful and malicious ways wasn’t as important as their weekly church attendances and proclamations of self righteousness.

The youth of today (and many of their elders), it would seem, are behaving no differently.

In other words, do they not realise they are being conned so that the biggest food production corporations can maximise their public image while getting a very profitable return on investments that are healthy for neither people or the environment?

Sadly, I suspect that many do not.

I think the whole food industry is a con not just to those following a vegan diet. Check out some documentaries on how livestock are reared and treated. Might make you rethink how safe your meat based diet is.

I’m under no illusions. I know the cons for what they are, but if I went about worrying about what is safe I’d likely die from dehydration or starvation (and any number of other things) in short order.

When you look at the ingredients listed on packets it’s amazing how many contain palm oil which as you say is extremely damaging to the natural world. The points you make are right on the money and I was part of groups campaigning on these issues several decades ago and absolutely nothing has changed except to get worse. Government and big corporations are just paying lip service to concern about the environment and sadly will continue to do what they’ve always done – sweet FA.

Someone somewhere
Reply to  Craig

Actually I do know because I raise all my own meat. & my grass raised beef is the healthiest form of protein on gods green earth & it’s also the most environmentally friendly

Craig
Reply to  Someone somewhere

And do you live in a rural area or an urban area?

More meat for me then.

All else fails head down to 👇 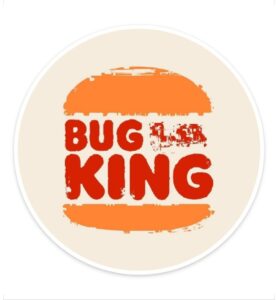