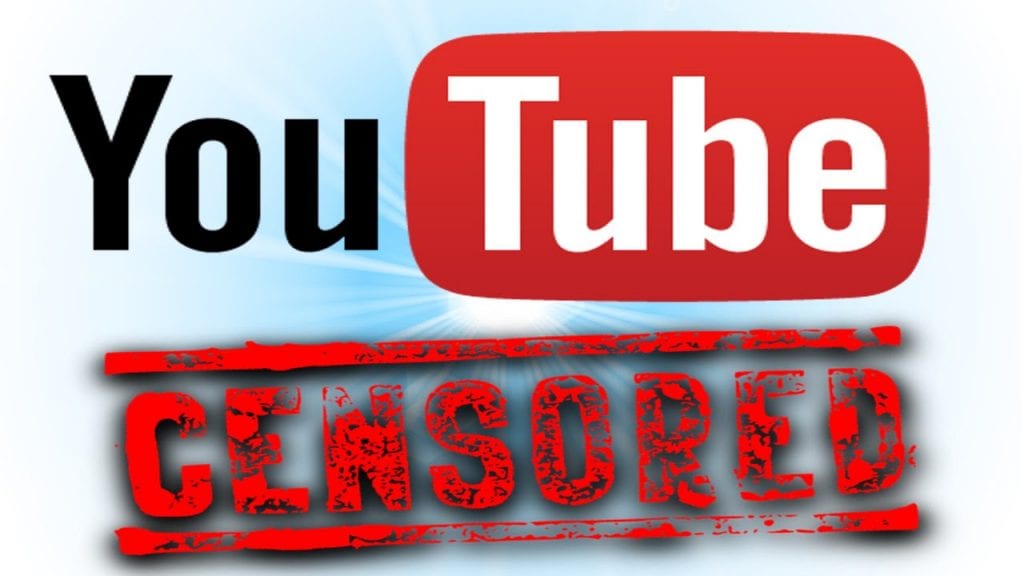 YouTube Has Informed Me That It Will Soon Delete The Richie Allen Show Channel.

YouTube operates a three strikes and you are out policy. Content creators are told that if they violate community standards three times, their channel and all its content will be deleted. Two weeks ago The Richie Allen Show received a strike. Incredibly, I was informed that I had violated the bullying and harassment guidelines. The video in question was of an interview I conducted with Wolfgang Halbig over two years ago about The Sandy Hook school shooting. There was nothing harassing about it, there was certainly no bullying. I repeatedly challenged Wolfgang in the interview and pressed him for evidence to support his theory. Nevertheless that was strike one. YouTube said that as punishment, I couldn’t live stream for three months. I don’t live stream anyway. But of course I was worried. I had been warned repeatedly, by commercial presenters and producers and former colleagues of mine, that the show would be targeted. 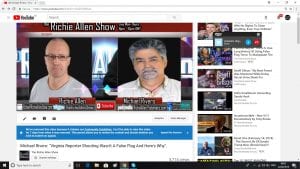 Strike two came this morning. The offending video this time was an interview I did with Michael Rivero about the shooting of journalist Alison Parker and cameraman Adam Ward in Virginia in August 2015. Yes that’s right, YouTube has issued me with a community guideline strike for an interview I uploaded two and a half years ago. Get this, in the interview, Mike clearly states that he does not believe that the shooting was staged or a false flag. Mike talked about the background of the shooter Bryce Williams and what led him to murder the journalists. This morning, YouTube told me that the interview violated its guidelines on bullying and harassment. Again, there was no harassment or bullying. Mike went with the official story, as did I. Tough shit Paddy, that’s strike two. I was told today, that a third strike will see the channel deleted. A third strike is inevitable, as there are 1,400 interviews on the channel which was created in 2014. Oh and the punishment for strike two? We have been banned from uploading content to YouTube for the next three weeks.

This is fascism, this is tyranny, this is terrifying and we knew that this was coming didn’t we? Yes, there are other platforms but Google/YouTube is the only game in town. I could upload elsewhere, but those platforms don’t have the subscribers, it would be a waste of a lot of time for very little reward. The establishment knows this. This is why these monopolies were allowed to develop, so that they could come after shows like The Richie Allen Show when they felt like it. Over the last eighteen months, they have limited the reach of the channel by shadow banning it, in other words making it difficult for users to discover it. They even began demonetising the videos before they had even been published and then re-monetising them after they’d been watched over 5,000 times, meaning by the time the ads went on the vids, most people had watched them. I’ve talked about this and demonstrated it with photographic evidence. Now they’re about to delete the channel, the coup de grace. 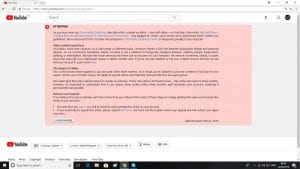 Now I mentioned that colleagues of mine in commercial TV/Radio had warned me that our channel would be specifically targeted. I’ve been warned time and again, but I knew it was coming anyway. Why The RA show specifically? The reason is simple. There is no other show like it in the independent media. We hold ourselves to the highest professional standards, our production values are second to none and uniquely, we put politicians, academics and other journalists on the air and ask them questions that they would never be asked on mainstream media. That has seen the show become the most listened to independent news show in Europe, the most downloaded podcast in news/politics on Podomatic and has seen us listed on Spotify and iheartradio.

Don’t call me arrogant. I am not now and never have been. I worked for and worked with the best producers and presenters in the world. I served my time and bring all that experience to bear on our show, it’s as simple as that. I am not important, the show is not and never has been about me. The information is the star, I’m just a gobby curmudgeonly Irishman, who learned his trade well. It’s always been about the amazing researchers who come on and share their discoveries and it is about getting their information to people who otherwise would be dismissive of conspiracy research. David Icke implicitly understood the importance of bringing mainstream production values to independent radio and the conspiracy research arena. We talked about it often and back in 2014, when he asked me to consider making my own show, produced edited and introduced by me and me alone, he said, “you can make alternative radio sound as good as or better than commercial radio.”

Of course beauty is in the eye of the beholder, ultimately the audience decides whether a show is any good or not, but there is overwhelming evidence here, that someone/something wants to make life very difficult for me, by removing our YouTube channel and deleting over 1,400 archived interviews.  Google has served notice on The Richie Allen Show today, that there is no room for a professionally produced radio show, which asks uncomfortable questions and presents credible evidence that challenges the mainstream narrative.

Richie Allen is the host of The Richie Allen Radio show, Europe's most listened to independent radio show and is a passionate supporter of free speech. He lives in Salford with the future Mrs Allen and their two dogs.
All Posts
0 0 votes
Article Rating
Login
Please login to comment
0 Comments
Inline Feedbacks
View all comments

This website uses cookies to improve your experience while you navigate through the website. Out of these cookies, the cookies that are categorized as necessary are stored on your browser as they are essential for the working of basic functionalities of the website. We also use third-party cookies that help us analyze and understand how you use this website. These cookies will be stored in your browser only with your consent. You also have the option to opt-out of these cookies. But opting out of some of these cookies may have an effect on your browsing experience.
Necessary Always Enabled
Necessary cookies are absolutely essential for the website to function properly. This category only includes cookies that ensures basic functionalities and security features of the website. These cookies do not store any personal information.
Non-necessary
Any cookies that may not be particularly necessary for the website to function and is used specifically to collect user personal data via analytics, ads, other embedded contents are termed as non-necessary cookies. It is mandatory to procure user consent prior to running these cookies on your website.
SAVE & ACCEPT
wpDiscuz
0
0
Would love your thoughts, please comment.x
()
x
| Reply