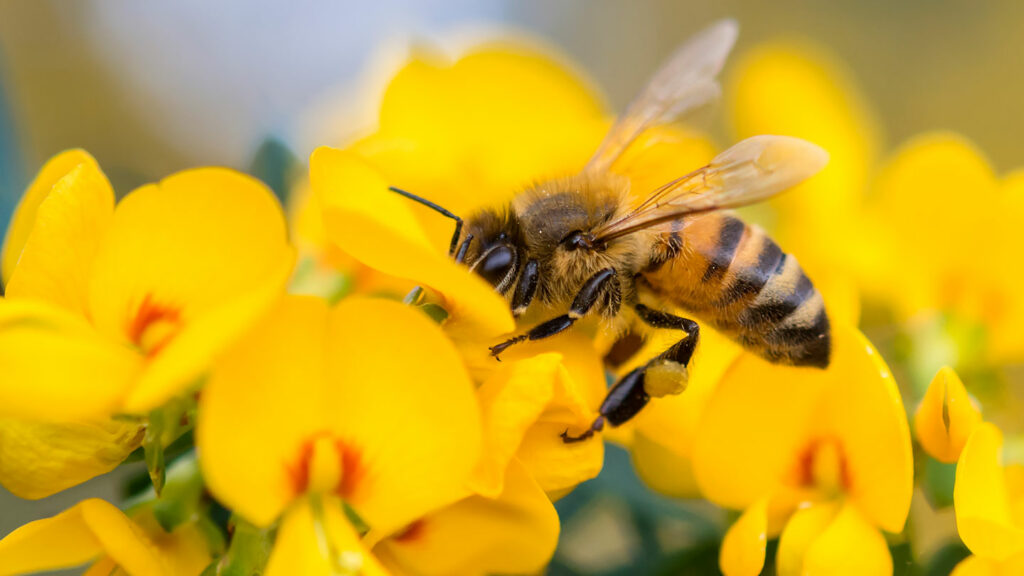 Banned Bee-Killing Pesticide Approved For Use In UK

A previously banned pesticide, which is devastating to bees has been given emergency use authorisation in the UK, despite experts advising against it.

In 2018 the EU and the UK announced an almost total ban on thiamethoxam because of the harm it causes bee colonies. According to the BBC:

Emergency use of a product containing the chemical thiamethoxam has been authorised in England because of a virus which affects sugar beets.

The decision came despite expert advisers finding pollution from the pesticide would damage river life, and requirements for use had not been met.

But Environment Secretary George Eustice said product use would be “limited and controlled”. Charities and campaign groups are angry at the chemical now being approved for use.

As part of the government’s decision, Mr Eustice said thiamethoxam could only be used once a virus threshold had been reached, to ensure use “only if necessary”.

British Sugar successfully applied for an exemption to allow the banned pesticide to be used in England this year because of the threat posed by yellow virus.

Scientific studies have linked the use of these chemicals to the falling numbers of honeybees, wild bees and other animals which pollinate plants.

“Across England the wildlife we love is in decline, even the buzzing of bees in our farmlands and countryside is becoming quieter every year. The farming system would collapse without bees.”

Joan Edwards, director of policy and public affairs at The Wildlife Trusts, said the move was “a clear betrayal of promises” made to protect the natural world.

Speaking to BBC Newsbeat, Milan Wiercx van Rhijn, from the charity Bees for Development, said that the insects play a vital role in the food chain, with around one third of the food we eat relying on pollination, mostly by bees. He said:

“If we kill the insects which are the starting blocks in the chain, we’ll kill the animals higher up. It’s hard to grasp how much of an impact it’ll have on us.”

Richie Allen is the host of The Richie Allen Radio show, Europe's most listened to independent radio show and is a passionate supporter of free speech. He lives in Salford with the future Mrs Allen and their two dogs.
All Posts
5 3 votes
Article Rating
Login
Please login to comment
20 Comments
Inline Feedbacks
View all comments

All for the production of sugar which is another reason why people are not in good health!
Lot’s of healthier alternatives for sweetening like umm – honey!
So let’s just stop making the planet sick to make us sick and live in harmony with nature.

Forget the bees for a second pesticides are one of the main thing that causes gut problems and autoimmune problems in people. And I suspect its the root cause of parkinsonism and Alzheimer’s

Last year Richie interviewed a lady scientist who had to build a garden shed inside her basement for protection. Can anyone remember her name?

This one doesn’t take much thinking. Bees are a part of pollination which in the case of fruit and vegetables that need that to produce fruit, the end result is pretty obvious. If you see anyone using it you are within your right to beat their ass.

This makes me physically ill. Really? More viruses? I am sick to death of the virus scam!

In the month of May, I have a bumper crop of dandelions in my yard. A literal carpet of beautiful yellow flowers. Until a few years ago, thousands and thousands of honey bees would come to those flowers. Their legs would be thick with orange pollen! But the past few years, very few bees have come. I might notice six bees, spread out. It brings tears to my eyes.

The decimation of the pollinators is very serious to the health of the planet!

I notice that Thiamethoxam is made by Syngenta, which is listed at Finance dot Yahoo dot com as “Privately Held.” However, the Syngenta CEO is Jon Erik Fyrwald, and he sits on the board of Eli Lilly, among others. At Yahoo Finance, Eli Lilly is top holders include Vanguard, BlackRock, and State Street. Those entities are controlling these policies. Virtually every single publicly-traded corporation has as its top (stake)holders, Vanguard and BlackRock.

They control Big Pharma, Big News, Big Food, Big Oil, the MIC, banking, etc. In fact, they control PayPal, so it’s no surprise that Richie’s access to PayPal was throttled!

Yellow virus lol….. Oh my really? I have noticed that the wind screen dose not get many bugs last couple of years. I have my own thoughts on why and it is nothing to do with a bloody virus. I think it is the spraying of crops which has had an impact on the insect world.
Most farmers are paid to leave a field to grow wild for them.
All the years they have been spraying is taking its toll.

Kill off the pollinators. Starve the plants of CO2. Natural plants die – and in steps companies like Monsanto to save us all.

I’m allergic to bee stings and have to carry an epi pen (although I would never kill a bee) so I look out for them and over the past few years I’ve noticed that I’m seeing fewer and fewer, last year hardly any.

I to noticed that last year Jennie, not so many wasps either. We use to get these bugs every year around May/ June we called them May bugs/June bugs depending what month they came out. Not so many flying ants either or the daddy long legs/crane fly.

The precedent for invoking Emergency Use authorisation to tackle a virus has now been well and truly set.
Any concerned environmentalist who has rolled up their sleeve is hardly in a position to get outraged now.

All this wringing of hands over climate change (which as we know has always happened, nothing to do with CO2) is because they can make money out of it. They don’t care about any other environmental issue because they make so much money out of polluting.

Of course. At the very least, it’s a distraction and an opportunity to increase taxes all rolled into one.

As for this alleged threat to the sugar crop being called the ‘yellow virus’, I nearly fell about laughing.
It’s not a reference term used anymore, but yellow was once a popular term to describe oriental people.
Coincidence?

I just laughed at the word “virus” that little devil gets everywhere !

Thiamethoxam = 137 the 33rd prime number and also 56 which more people should be aware of as the Covid scam is constructed around it and 201.

MP Victoria Atkins’s husband is the managing director of British Sugar, she is a home office minister. https://www.thetimes.co.uk/article/drug-minister-victoria-atkinss-husband-oversees-cannabis-farm-hv5q25pqr

Cannabis in the future will be GMO strains which will mess people’s health up and no longer will be a benefit for health. Is this why there is a push for decriminalisation of the product?
There are Biilions to made in this market potentially.

Last edited 3 months ago by Jake
8

Never indulged personally. Perhaps now is not the time to start.

In ‘A Brave New World’ cocaine was provided to the workers to keep them docile and happy. Cannabis could serve the same purpose.