Want to comment during the show for Richie? Drop your comment right in here. Please note all comments will be removed from this post within 24-48 hours. 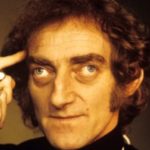 We are firm to offer you the high quality AAA replica watches with best price and best customer facility. We will give everything for customer happiness.

You should get Adam Green from Know More News on….. he puts out some excellent content and provides all the evidence to back up his assertions.
Dark Kabbalah Secrets ‘Esoterica’ Won’t Tell You | Know More News LIVE w/ Adam Green (bitchute.com)

Great show on Monday. Serious topics with a touch of good humor. The guy interviewing Kay came out with a couple of things that made me laugh. But the very real topic of increasing poverty is no laughing matter. Not if your on the receiving end. Or maybe that should be the on the not receiving end. Kay Burleys total lack of empathy, compassion, and light hearted manner, whilst doing her royal tour of Wigan is an utter disgrace.

The idea that homosexuals are predominantly involved in pedophilia is outrageous nonsense. The term pedophilia used correctly refers to sex with those who are pre pubescent. Pedophiles have an attraction to those who are pre pubescent, homosexuals have an attraction to those of the same sex. I cant see any evidence or any logic in the argument that one is connected to the other. They are different sexual attractions, and trying to equate them as being connected is clearly wrong. I believe this comes from Christian fundamentalist’s ideology. As the passages in the bible that refer to one , refer to the other. As from a traditionally Christian perspective they both fall into the same category, of a list of sexual acts that are forebode. It is no coincidence that whenever we hear this view exposed, the person with the view is usually a traditional or fundamentalist Christian. But whereas one act is consensual between two adults. The other is an abusive, abhorrent, damaging act carried out by an adult on a child, not equipped to emotionally or physically deal with the situation. Their is no logic to equating one act with the other. So why is it someone’s responsibility if they are gay to speak out or apologize about the actions of others, anymore than it is someone whos straight.

The illuminati which is the Umbrella organization encompassing the other secret society’s beneath it. Has many Jewish people in it, but that does not make the globalist plans a Jewish conspiracy. Furthermore, The Sabbatian cult behind the Nazis which i have written about in depth last year, has historically been the strongest most influential of these society’s. And as the Sabbatians are an inversion of the Jewish faith. It is probably not fair to call any of the puppet masters real Jews. I believe this is yet another distraction, which has the damaging effect of causing further division, when we should all be standing together against this rapidly unfolding tyranny.

Also I dont adhere to the idea that a one world religion is being planned. Even though there have been people like Tony Blair who on the surface are promoting this. Fascists or Totalitarian society’s dont normally like the idea of religion, or any kind of spirituality. Nazi Germany, post revolution France, Russia and several years of the reign Henry the VIII come to mind. As explained by George Orwell, the party wants the masses to see the party as their God. So i believe the last thing they want is people having any faith in a spiritual being, in a higher power, or their own innate spirituality. Whilst some would argue that religion has been used over the century’s to control the masses. This is not so easy to do in modern times when most aren’t religious. So is not the ideal way to control people and not necessary either. Just look at the way people have been willing to be controlled over the last two years. They didn’t need religion to tell them what to be doing, they went along gladly for the most part without it. For many years there has been a deliberate agenda to take people away from both traditional religion and real spirituality. Which are not necessarily the same thing. A one world religion would therefor be a backward step in the fascists global agenda, not a way forward. As an aside, it is an inaccuracy to mix up the ritualistic aspect of the Masonic ceremony’s and other strings of the spiders web with religion. These are magical / spiritual rituals to do with manipulating energies. In the case of these organizations these rituals are often on the dark side. The cabal would gain nothing by getting the general public involved in any kind of practice of a spiritual or magical nature, good or evil. On the contrary they have spent thousands of years trying to keep these practices secret from the masses for that very reason.

Why did they close the churches in 2020, many only now starting to reopen. Even though those churches were for the most part often pretty empty with much room to spare.? If not to take people away from spiritual comfort and increase there reliance on the state.

Sorry Richie, but weihai is getting nice now. 18 degrees at 8am. I love the summer 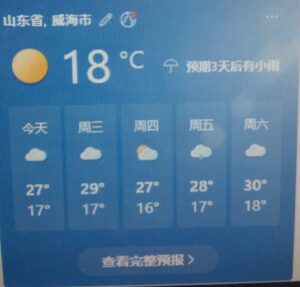 Gearóid Ó Colmáín is always a fascinating great guest, He covers so many subjects expertly that you have to listen again and again.

The guest this evening was riveting, I enjoyed the show but I got the heeby jeebies listening to what might happen to us all if we say anything against the new religion. As regards homosexuals being paedophiles, I can understand Andy getting upset as a gay man but it sounds like Colm has researched all this thoroughly. Of course it doesn’t mean all gay people are paedophiles. Loved Richie’s rant on Kay burley and Denis O’Brien

Watched a documentary about homosexuals in their nightclubs. Undercover reporter recorded them bragging about how young their victims were. Young boys damaged, mentally and physically for life.

Try Reading instead of watching 👍

Edwardian house at heart of a long-simmering sex scandal

Edwardian house at heart of a long-simmering sex scandal

Is it fake news ?
https://www.express.co.uk/expressyourself/354771/My-hell-with-Britain-s-biggest-stars-says-Ben-Fellows

“We are all in the same game just different levels. Dealing with the same hell, with different devils”..

Last edited 15 hours ago by Just2BiZi
0

They never investigate these things until those involved are no longer with us. Yes they should look into what was going on in the 1970s and 1980s but the priority should be what is happening now.

Another top show, Now back to Work 👍

last week my new boss told me that as a security guard it’s my job to watch the office.

I’m not sure what it’s it got to do with security, but I’m on season six.

I’m chilling with the Wife tonight.

I’ve switched the central heating off !!

We can’t afford to shower anymore, so we stand naked in the kitchen and wash tablespoons under the hot tap.

I hope I bump into Kay Burley tomorrow.

That was an eventful show

You nearly proved his point then Richie, The Church were pedophiles, but that’s due to those doing it, being homosexual.

The illuminati which is the Umbrella organization encompassing the other secret society’s beneath it. Has many Jewish people in it, but that does not make the globalist plans a Jewish conspiracy.

Furthermore, The Sabbatian cult behind the Nazis, has historically been the strongest most influential of these society’s. As the Sabbatians are an inversion of the Jewish faith. It is probably not fair to call any of the puppet masters real Jews.

What we see imho are efforts to legitimise pedophiles – thus dividing society for conquer. It can never be allowed. Its pure bloodline ORDO Ab CHAO

Christian Morris is Gay and is totally against LGBTI

Pedophiles tend to be male by en large. Like 10 to 1 men. Obviously gay ? Not sure

Last edited 16 hours ago by PaulSmith
0

I would mostly agree with Georod, with one exception. I do not think this is one or the other. I think this is a unification of the old religious, monotheistic systems and those old religious laws.
I’m seeing it everywhere.
Noahide Law (seven in number) is the basis of the Ten Commandments. The mortar of Freemasonry is a belief in the One God – whether that deity is called Jehovah, Allah, Buddha, Shiva, etc.
In the West, the dominant alliance in between the Anglican and Catholic Churches. The Eastern Orthodox Church (long dominant in Russia) was, for a long time, reluctant to bend the knee to Rome. It might even be one of the primary reasons for the Russian revolution (though that is personal speculation), and might have something to do with the current conflict with Russia.

As for paedophile agenda: the old religious laws determined that Coming of Age was determined by puberty.

People should search for paul the 6th hall in vatican City not hard to see who they work for..

Dunno, theatre is ran by the Pink Mafia. Doubt it involves noncing.

Yup, the last step into the #NeoMedieval age they have almost brought about is a new universal religion as the Romans did with Catholicism; I’m not seeing much success on this front and am curious how they will try to enforce this when the scientific institutionalism they almost establishied is already falling apart on many fronts…

This website uses cookies to improve your experience while you navigate through the website. Out of these cookies, the cookies that are categorized as necessary are stored on your browser as they are essential for the working of basic functionalities of the website. We also use third-party cookies that help us analyze and understand how you use this website. These cookies will be stored in your browser only with your consent. You also have the option to opt-out of these cookies. But opting out of some of these cookies may have an effect on your browsing experience.
Necessary Always Enabled
Necessary cookies are absolutely essential for the website to function properly. This category only includes cookies that ensures basic functionalities and security features of the website. These cookies do not store any personal information.
Non-necessary
Any cookies that may not be particularly necessary for the website to function and is used specifically to collect user personal data via analytics, ads, other embedded contents are termed as non-necessary cookies. It is mandatory to procure user consent prior to running these cookies on your website.
SAVE & ACCEPT
wpDiscuz
2.8K
0
Would love your thoughts, please comment.x
()
x
| Reply