The Flat-Earthers are not amused. Yesterday Elon Musk and SpaceX launched a Tesla Roadster into space, using a rocket dubbed "Falcon Heavy." The car is being "driven" by Starman, a dummy wearing the stylish yet functional SpaceX spacesuit. The idea is for the car to enter Mars orbit, where it will fly through space forever more while blasting out David Bowie's "Space Oddity" for good measure. The car is equipped with cameras fore and aft and all the rest of it and has already sent back some pretty cool images. Images of well... a very round looking Earth.

But that has not deterred the growing number of folks who theorise that the earth is indeed flat and that NASA and everyone else who ever photographed the world from orbit, is in fact lying to us. They've been tweeting to feck all day today, that the upholstery in the Tesla, would melt under the radiation or something....I dunno. 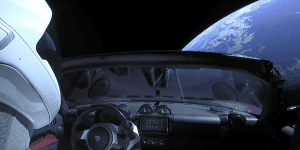 By the way, don't shit the bed, I'm well aware of the irony of someone like me, taking a pop at others for claiming that the government is lying or covering something up! I just don't believe that the earth is flat. I must add, that I think it's unfair to label those who do believe it, as shills or disinformation agents, determined to bring ridicule on the conspiracy research community. I'm reasonably sure that these otherwise reasonable and intelligent folk believe it. They are entitled to believe what they like and to discuss it freely, without being mocked. Incidentally, I'm gently ribbing here, not mocking.

Listeners to my show will know that my best guess, after years of reading hundreds of books written by researchers old and new, is that the universe is a simulation, the earth is a hologram. Within that, in my opinion, nothing is solid. Whoever or whatever designed or wrote this programme, described the planets as round. They're round, I am pretty sure of that. But you know, what the hell do I know right? 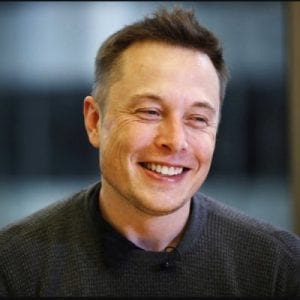 The simulation theory is just that, a theory. I suppose the fact that more and more men and women from Academia are lending it credence, will just convince the flat-earthers further still, that it is part of the cover-up. As for Elon Musk, well I have my reservations about him too. He's everywhere and he's the darling of the establishment isn't he? We should always be wary of that and take his proclamations with a hefty old pinch of salt.

richieallen.co.uk
Previous Theresa May Wants To Censor Social Media To Eliminate Dissent & End Free Speech Once & For All! Next Meditation Pieces – Unconditional Love