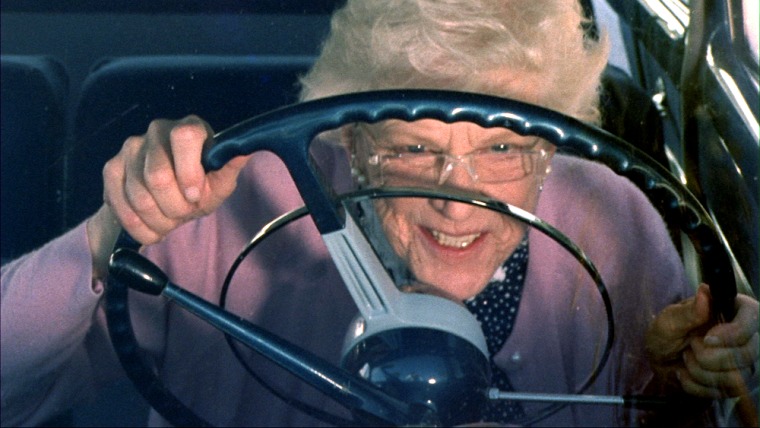 Grandmother Sues Employer For Referring To Her As A Grandmother

File this one in the “couldn’t make it up” category. Grandmother sues her company for describing her as a grandmother and wins. A judge ruled at an employment tribunal that Anne Dopson was discriminated against after a colleague wrote a car review in which she was described as “a grandmother”. She was 62 at the time.

She was working for a publishing company. She’d been there for nearly 20 years. Her company published a magazine called  Fleet World, which in its May 2017 issue included an article by Dopson’s colleague Steve Moody. He reviewed the seven-seat Renault Kadjar.

In the article, Moody referred to the Kadjar having been tested by several of the company’s staff over a year, including Dopson: “[It] had three spells as family transport, one as a ride for the bachelor about town and the other as comfy wheels for a grandmother.”

Dopson (pictured with family), who had three grandchildren at that stage, was outraged. She claimed that she was the butt of jokes at the office after the article had been passed around. An internal grievance procedure at the company rejected her complaint, as did an appeal hearing. 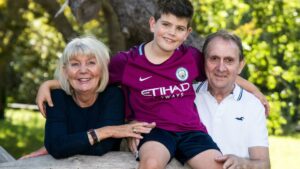 She took sick leave and eventually resigned. Amazingly, she decided to sue her former company where she had earned £50,000 a year before her resignation.

Judge Oliver Hyams ruled that the review amounted to “detrimental” and “less favourable” treatment of Dopson because it drew attention to her age. However he dismissed her claims of unfair dismissal, wrongful dismissal and age discrimination.

Narcissism reigns supreme in 2021. Dopson wasn’t referred to by name in the article. She is in fact a grandmother. The tone of the review could hardly be described as condescending or discriminatory. Yet she was outraged at a perceived slight and decided to commit career suicide. What a doughnut.

I see this narcissism everywhere. I’m well placed to see it. You should see some of the emails that come into The Richie Allen Show. For some listeners I’m the greatest thing since sliced bread until I say something that they disagree with or I criticise one of their heroes.

They perceive it to be a direct attack on them, even though I don’t know them and it’s unlikely that I will ever meet them. It’s narcissism on steroids. I received a volley of abuse on Tuesday following my discussion with former nurse Kate Shemirani.

I challenged her robustly and made it clear that I disagree with her and aspects of her conduct. Some of my listeners like her and approve of everything she says and does. That’s where narcissism kicks in. I was challenging and criticising Kate, but for some, I was criticising them personally. It’s pure undiluted narcissism. It’s anti-intellectual, self-defeating and very childish.

It’s akin to falling out with someone because they say that U2 are shit, even though you love them. But that’s the legacy of the Truther Industrial Complex, the greatest echo chamber ever devised. People are more incapable than ever, of co-existing with those who see things differently to them.

This grandmother story is a microcosm of the macrocosm. It’s a beautiful example of where humanity is right now.

Richie Allen is the host of The Richie Allen Radio show, Europe's most listened to independent radio show and is a passionate supporter of free speech. He lives in Salford with the future Mrs Allen and their two dogs.
All Posts
4.2 5 votes
Article Rating
Subscribe
Login
Please login to comment
18 Comments
Inline Feedbacks
View all comments

I don’t know what’s worse, that this happened or that it took up and wasted court time that could have been better spent dealing with something worthy. Better check yourself next time you call a spade a spade, in case that spade would rather be a fork. Insanity reigns.

Love the crazy Granny picture you used. Cheers, Richie. BTW, I thought your talk with Kate was spot on…. why?? because you Richie were being yourself. Excellent Journalism mate!!

Narcissism….Does it take one to know one?

I would ask myself that question if I wasn’t so special. 😉

What happened to being proud to be Grandparents?

Your lineage should be a badge of honour.

Thinking about it a bit more, it is entirely possible that Dopson isn’t narcassistic – just an old fashioned dishonest opportunist.

On the upside, this now means that ‘grannies’ across the nation can now sue the likes of Jeremy Vine😉😆

Humans have many strengths, but also many weaknesses. Tribalism (whether it be based on skin colour, ideology or traditions and values, etc) expresses both the strengths and the weaknesses. Unfortunately, in today’s society, the weaknesses seem more prevalent.

As to the narcassism – much of that is the fault of social media platforms (quite a few psychological articles have been written on the subject), but also of an over emphasis on litigation for any perceived infraction (where there’s blame, there’s a claim).
I loathe it. I loathe it all.

I agree. Just as cream ‘rises to the top’ the crap falls to the bottom. The world we’re living in now has been ruined. People should have seen so called social media for what it is the very day that Rio Ferdinand tweeted whilst sitting on his toilet. A rather clumsy yet accurate metaphor.

I like it: the sum total of squat all.

The asylum called, one of their inmates escaped 😜 would the grand mother like to tell us, in her own words, how her grand children refer to her? I do hope no one sends her cards with ‘Happy birthday granny’ or ‘happy xmas granny ‘ on, you know, just incase she decides to sue the little poppets…..